The very first thing you will notice about  Seasons After Fall, this charming little puzzle platformer developed by French company Swing Swing Submarine is its gorgeous audio-visual presentation at the start of the game. It reminded me very much of a scene in Watership Down (If you haven’t seen this movie yet, make sure you do and have a box of tissues at the ready) I was very excited to receive this to review because I just love platformers, and platformers with puzzles involved are a win win! Plus, who doesn’t enjoy playing as a cute fox? Join me as we look at the aspects of this visually delightful game. 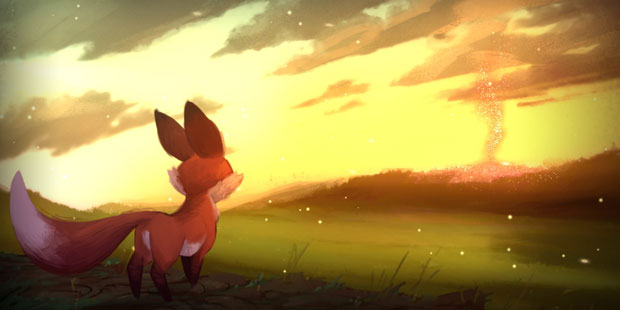 To put it as simply as possible, it’s a beautiful 2D Puzzle Platformer, but let’s get you up to speed a little better…The title starts you in the role of a ‘seed’ or a spirit like entity, who through an interaction with an unseen force ends up possessing a little cute fox who was strolling around minding his own business. You will spend almost all of your play time in the form of this fox. As you are sent on a journey through a dense, whimsical forest to ready something called the Ritual of Seasons. This is where Seasons After Fall’s gameplay ‘gimmick’ (and I don’t mean that negatively) reveals itself.

You will soon find yourself in control of the seasons, able to change the landscape as you switch between Summer, Winter, Spring and Fall on the fly.

This will open up new opportunities, causing certain aspects of the environment to morph to suit your whims or, probably more importantly, rid obstacles and complete puzzles. For example, winter freezes water, creating platforms for you to walk on; autumn opens up fungus platforms for you to reach higher areas; summer makes a certain type of large plant thirsty, meaning it will drain the immediate area of water; etc (there are many different effects each season can create). So what this produces is a constantly changing game world with different backgrounds, different feels, and new ways of progressing. 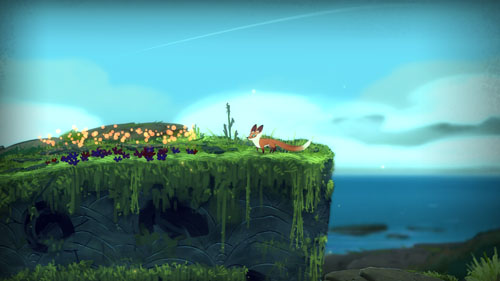 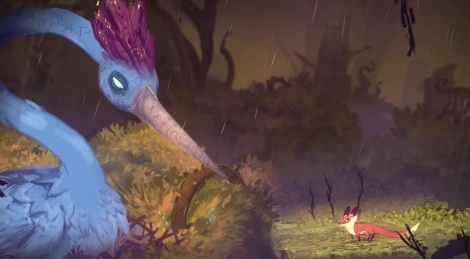 It’s not a particularly open or expansive world, but you can go in multiple directions and tackle each area in whatever order you please. The puzzles are very straightforward and maybe somewhat linear but this game is open to all ages so you won’t find any real “head scratchers” or having to Google for help however. While the game is a 2D platformer, Seasons After Fall differs quite distinctly to Ori. While that game was actually quite a complex game centered around combat and new concepts, Seasons is a bit simpler. There is no combat, instead your challenges coming through traversal and puzzles. Once you figure out what the game is trying to convey to you, none of it is very hard. As you get all the seasons under your control, it is not hard to remember what parts of the scenery change. This means progression is usually only halted by the sheer act of getting around and figuring out what the game wants from you, rather than actually spent puzzling its challenges.

This is where Seasons After Fall shines through like a huge big lighthouse in a sea of like-minded indie games. Firstly, I have to mention Geraud Soulie who is the fantastic artist behind this game.

Everything is hand painted and every detail is extraordinary that I found myself staring aimlessly at the beauty of how such a simple indie game can have some of the most amazing artwork I’ve seen in a game of this nature. Watching as the little fox’s paws paddle on the wind-tiled grass; the waves crashing in the background like a moving watercolour painting – I was taken aback by the beauty of it all.

The way the colourful surroundings shift so starkly with each season just enhances this contrasting portrait of nature: muddy puddles turning to smooth icy surfaces in winter; giant mushrooms blossoming in autumn; vines uncurling into full vibrancy in summer. You’ll seldom see such a earnestly crafted vision of the natural world than in this little gem of a game. It is truly a gorgeous achievement and its quality is one of the most obvious points of praise. Like I said everything is hand drawn, with a real cohesion which actually helps your familiarity with the geography of the world. As you switch between the seasons in the game, and see the art shift from snowy, to rainy, to sunny, seeing the work put in in this department makes it sing and it really does feel like a Studio Ghibli-esque cartoon. 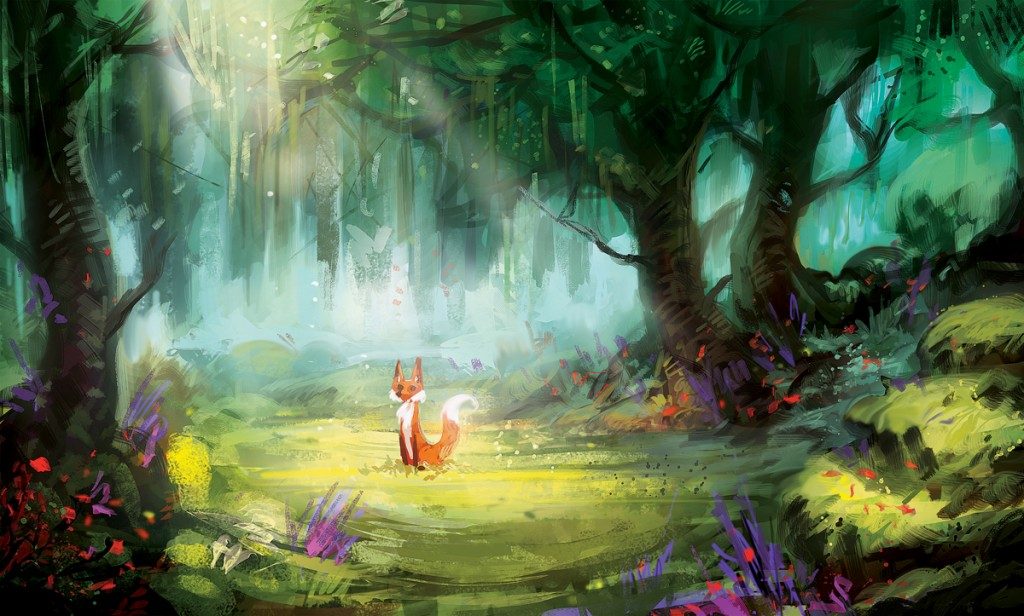 This is the type of game you NEED to listen to after a stressful day at the office. Its soft melody eases you as you jump and skip around the forest without a care in the world.

The music changes in each section, and the sound effects are crisp and clearly audible. The voice acting by French national Adeline Chetail , who narrates the voice of the seed, is upbeat and perky. Adeline also does the french voice-over for Ellie in The Last of Us, Mei in Overwatch plus many many more 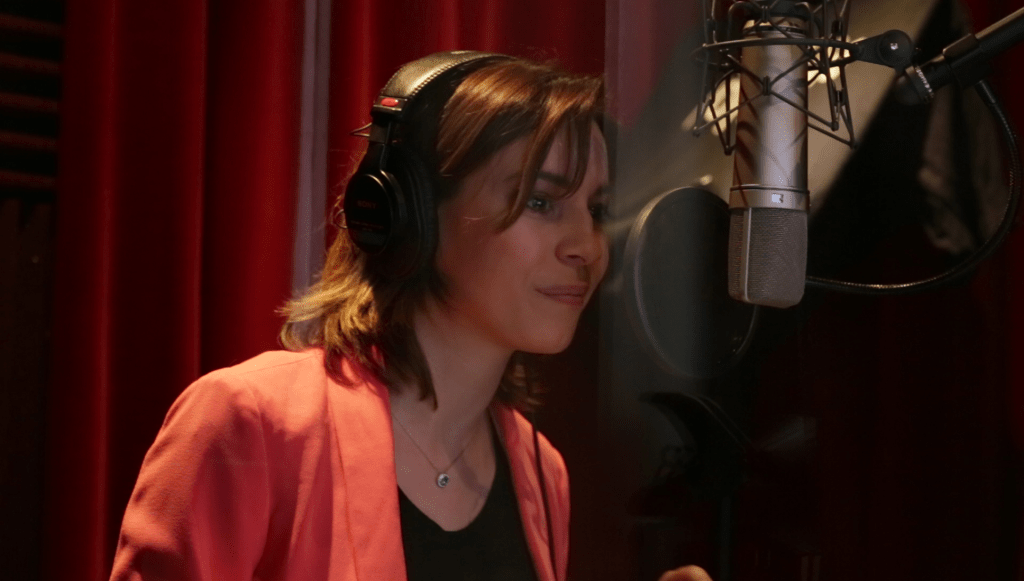 At one point while I was skipping along a grassy bank, I noticed I could hear the sea crashing in the distance but, I couldn’t see it. This didn’t matter as of course I had the other amazing artwork to look at and the sound of the waves just enhanced my visual experience.

Seasons After Fall is an elegantly organic experience. Leaping around its dreamy landscape of rich watercolours is a joy for how natural it feels: no cumbersome HUD, no nagging hints – just a fox alone in nature. It can be ponderous, and a little baffling at times as it tends to give you no direction, but then again: if you don’t want to be puzzled, why play a puzzle game?