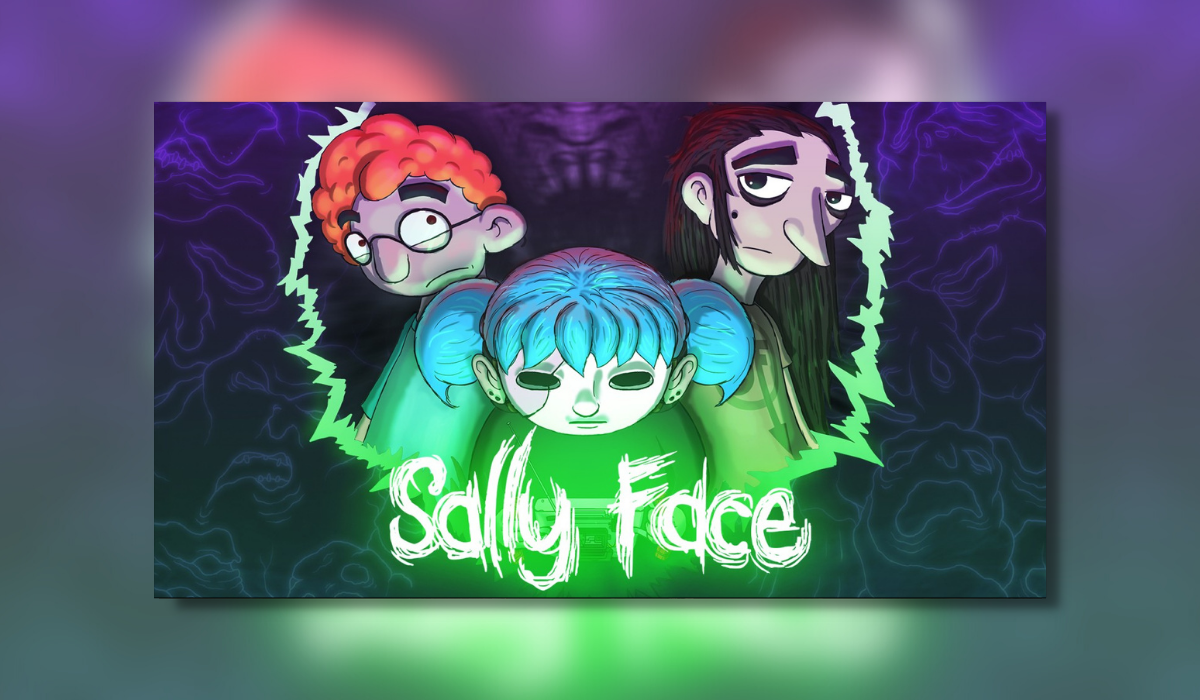 Developed and published by Portable Moose. Sally Face is an adventure game that was released on the 21st of January for the Nintendo Switch. It has a release for the Xbox One, Series X/S, Playstation 4/5 on the 15 of April 2022. It was originally released on the PC way back in 2016. Can we keep our sanity in check in this Sally Face review?

Indie video games have been around since the early days of gaming. Every year the hits just keep on getting bigger but it’s the forgotten indie games that go over people’s heads. Games that have been out for years have recently grabbed the attention they so rightly deserve. Does Sally Face fit into that category? Well, let’s find out, shall we?

If you enjoy this review then why not check out my previous one here. You can also catch up with what the rest of the Thumb Culture team is up to on our social media.

Ohh boy, where do I start with this? Let’s start at the beginning, shall we? The story of Sally Face takes place mainly in an apartment building where our protagonist Sal (also known as Sally Face) has recently moved in with his father. He wears a prosthetic face to cover up (well I’m not gonna spoil that for you).

The game is split into 5 chapters with each chapter getting you more involved and I dare say more creeped out. It’s primarily a point-and-click game that takes on a side-scrolling view of the game. Your main objective of each chapter is to unlock the various mysteries of Sal’s life and investigate the local murders.

Sal is not in this alone though. He has his friends to help him out on his quest in solving the murders and the abundance of puzzles that you will encounter. With Sally Face being a point-and-click adventure game it really isn’t short of puzzles. But one good thing is that some of the puzzles are optional so if you aren’t a puzzle fan like myself. Then you can just bypass these but doing them gives you more insight into the story of the game and the history of Sal.

Sal is what you call a very strange character but he is written so well that you just can’t help but feel for him on his journey. His friends who accompany him are Larry and Todd. These 2 are his partners in crime who help him in every sense of the way. Each chapter is one hell of a journey and with 5 chapters to get your brain moving its gears, you won’t be bored of things to do.

Apart from your friends having your back. The main tool you will be using is called a Gear Boy (I love that name) This little device is what helps you see ghosts that need your help. The Gear Boy is also a way of playing various mini-games that when you complete them give you more of an insight into the lore of the story.

As you continue the story you become aware of just how bonkers and macabre the writing is (I would love to pick the writer’s brains on their inspiration) It goes from, and I say this without giving away too much. A story of a young boy struggling with life to just going bat shit balls to the wall crazy. There are some points in the game where it feels like your playing an old Hammer Horror movie as some plot points are similar.

For me the graphics are great. I love the comic book artistry style and the artwork is second to none. The fact that I played it on the Nintendo Switch just seems to hit a little different. It’s one of those games where it feels better to play in the dark using the handheld while in bed. It gives the artwork and graphics just that extra nudge.

I love the Gear Boy graphics as it uses the retro style 8bit from the Game Boy days. Really is the icing on the cake. The audio also benefits from playing in the dark. Like I mentioned before about the old Hammer Horror movies. The music and the score throughout remind you of that feeling of being uneasy and not knowing what to expect next.

But it also gives you a change of pace as well by rocking out some really heavy metal music. That kind of music isn’t really my jam but I’m sure it’ll be great for some gamers.

Get ready for the long haul when playing Sally Face. There are 5 chapters in total to the game. With each chapter lasting around 3 to 4 hours. If you are unfamiliar with point-and-click games then prepare to probably double that time. There is a lot of backtracking in this game that can be time-consuming. But once you get the hang of going from place to place all the time then it becomes second nature.

For the completionists out there then you won’t be disappointed. There are many mini-games and puzzles to solve just to give you that extra few hours of gameplay. But playing on the in-game Gear Boy makes it worth it.

My final thought on Sally Face is that this is a game that will make you go through so many emotions. You will laugh and you will cry. I have spent so many hours on this game and was just blown away from start to finish. There isn’t really anything that I can say that will give the game the credit it deserves.

The developers and in particular the writing staff have done an absolutely amazing job with Sally Face and I hope that they are just as proud of this gem as much as I am. Now give a sequel, please.

So that’s why I am going to give Sally Face the Thumb Culture Platinum Award.