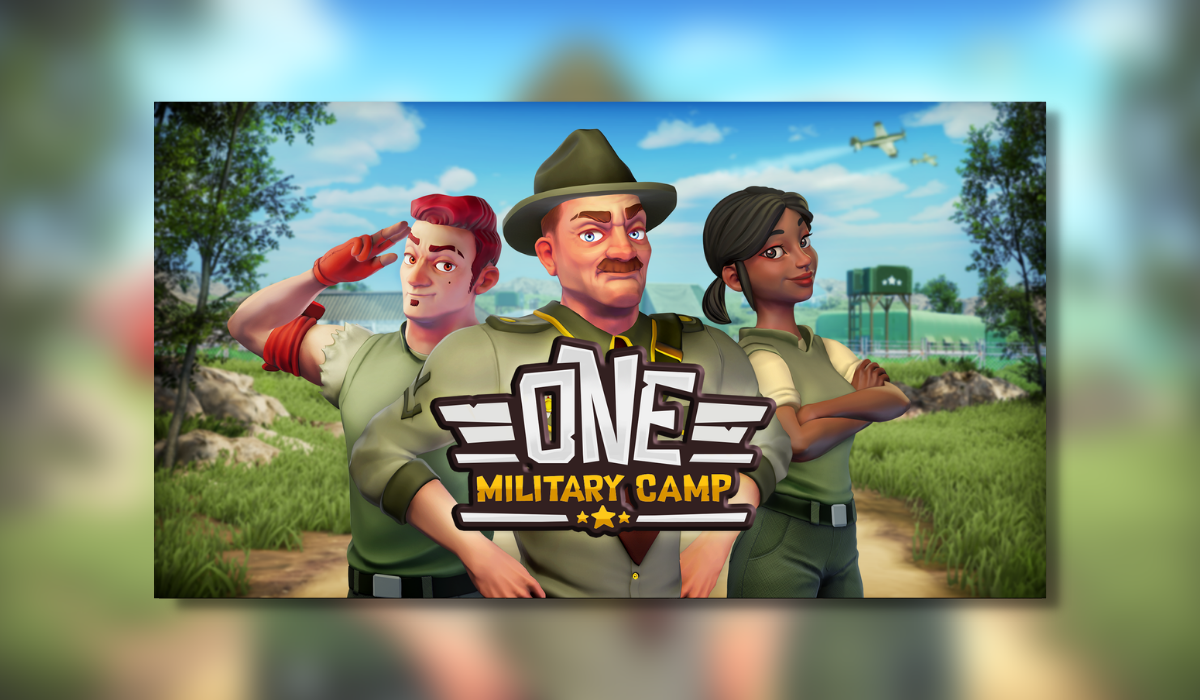 One Military Camp by devs Abylight Barcelona, is a single-player strategy management game that sees you construct and manage your own army base. Currently in private demo I was lucky enough to get a taster of what is to come.

This game certainly intrigues me as it appears to draw on some aspects of my favourite games. If you like what you see, feel free to join our social channels!

The timed demo of One Military Camp is very short and brief however you can get a feel of the type of game that is unfolding.

At its core you need to build and manage your very own military base, however, the elements stretch not only from the construction side but to also recruiting troops and taking them all the way through training and deploying them into battle.

There is a mixture of gaming mechanics going on in One Military Camp. You have the City Skylines construction of building as well as maintaining services to them in order for the establishments to operate. Then there is a sniff of the Theme Park games while you maintain pathways for people to find their way to the buildings. Settlers seem to play a part as you ensure you have enough sleeping quarters for your new troops while deploying morale-raising items across your camp which seemed to be a little bit like when you tried to raise your prestige. Finally, the comedy-style graphics and ability to zoom right in on the action remind me of Two Point Hospital.

In the demo you literally get to construct a couple of buildings, tweaking the power if you’ve built in an area with none available. Then you get to recruit troops that are in the waiting hut, enlisting them into the discipline that you fits their attributes. Depending on what buildings you have constructed reflects on where you can send your fresh bloods to be trained. Once they have made their way to the relevant building you can zoom in on the action and see them learn their craft. You are then prompted to get them to deploy onto a map and invade a nearby territory. At that point, the demo ends. As short as it is, you get a taste of what you will get going forwards.

While the building and management aspects were slightly touched upon in the demo there will be an onus on training your soldiers into more specialised roles. There will also be a tycoon element to One Military Camp whereby you will need to make your camp profitable. Buildings will be subject to upgrades as the campaign evolves in order to stay ahead of the enemy in battle.

At the heart of One Military Camp there is comedy and this is portrayed through the graphical style that is close to the likes of the Two-Point and Theme Park series of games. While military games are usually fairly serious it is nice to see a refreshing fun twist on the tragic genre.

The animations when you zoom into each of the buildings really immerse you into the everyday goings-on of your camp. It is fantastic seeing your camp working and your new recruits being put through their paces.

When it comes to audio there is a military-style fanfare of music to accompany your journey that somehow reminded me of Hogs of War. As you zoom in on each of the buildings there are sound effects to accompany the animations while you get the odd “yippee” from new recruits as you enlist them. I am unsure if there will be full voiceovers in the future. Either way, how the game is presented currently does not feel as if anything is too lacking in this department.

At the time of writing, I am unsure how long the campaign will be. As it is a building/management style game I imagine that you will be drip-fed new buildings as you progress through the levels which in turn will allow you to unlock new disciplines to train troops. With there being a battle element to the game you could be in for quite a few hours of enjoyment.

I feel as if One Military Camp was built for me. It ticks so many boxes of aspects that I have enjoyed in previous games and puts them all into one place. It’s beautiful to look at and ultimately it has a charm about it that makes it fun to play. I look forward to seeing how it progresses!