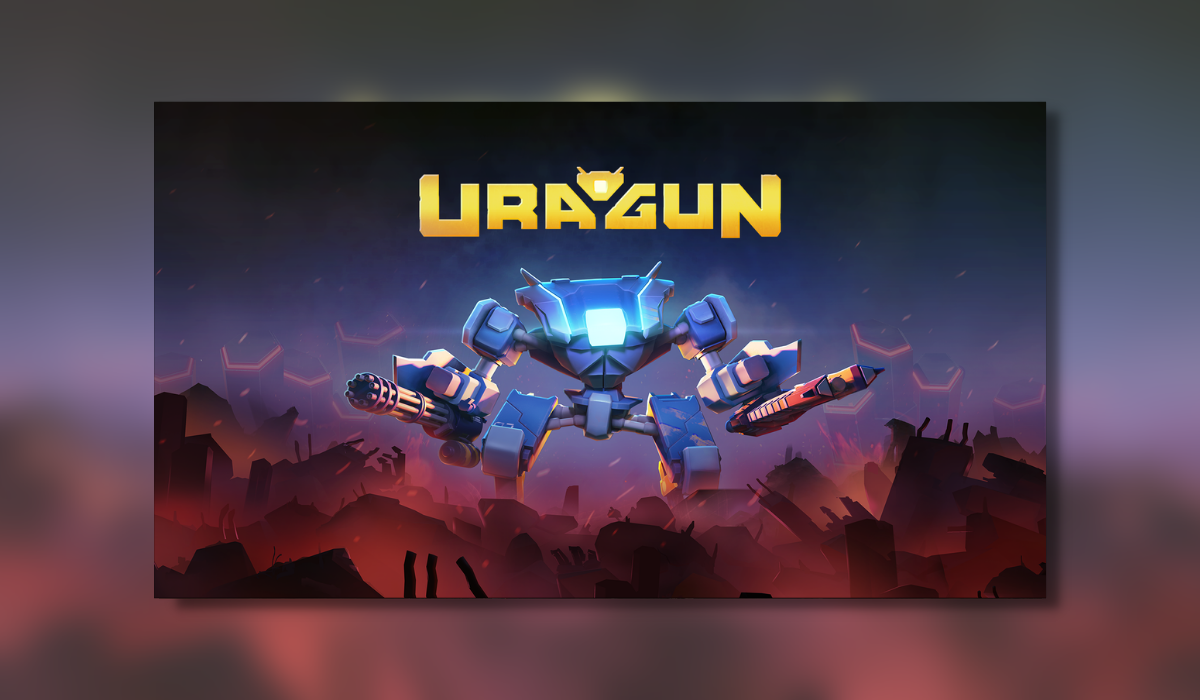 Uragun is a top-down arcade shooter now available in Early Access on Steam. It is being developed and published by Kool2Play. This is Kool2Play’s first title to hit Early Access, with two additional projects currently in the works.

Anytime I see screenshots or trailers for top-down shooters I always think about arcade cabinet games. I’m really not sure why, but they just seem to fit well in that type of setting. Uragun is no different. I could imagine playing standing at a cabinet with joystick in my hand, mashing buttons and coughing up quarters-a-plenty. Some other genres fit the bill well too. Which others stand out to you as what could be in a modern arcade setting? Let me know!

Uragun is a top-down, futuristic action shooter. It also falls under the category of twin-stick shooter and bullet-hell. As the seemingly last friendly mech unit running, you’ll take on hordes of corrupt machines while searching for your missing pilot. As you progress through the story and levels, you’ll also unlock additional skills and weapons to experiment with to find what suits your play style.

Of the Early Access games I’ve had the privilege of playing lately, I have to say that Uragun blew me away. Even as an EA title, it plays incredibly smooth and has such a multitude of features and content already in place. For this Early Access release Kool2Play has over 25 missions across three locations, five weapons, several enemy types and a few special attacks to offer. Additional regions, missions, enemies, weapons and more are coming down the line too in addition to refinement and improvement of existing content.

The graphics for Uragun are fairly low-poly, so there aren’t a lot of graphics options. This doesn’t mean that the game doesn’t look gorgeous though. The graphics style fits perfectly with the gameplay in my opinion. Again for an Early Access game, there are a surprising lack of graphical issues.

Uragun features a solid soundtrack as well. Though I’m sure it’s probably repetitive in nature, I didn’t mind as it kept me pumping out munitions into swarms of enemies. There are also great audio cues such as signalling when you receive damage so you can reflexively hit the repair button. This also kept my focus on enemies rather than constantly checking my health. Other sound effects throughout vibe well with the bullet-hell setting too.

As I said above, Uragun is already a great game, even for being Early Access. While writing this preview I kept stopping to go back and play it more and more. The difficulty scales as you progress and there were only a few times where I had to rethink my strategy to get past a certain point. Each mission receives a rating at the end, so you are able to return to older missions to try and revisit your score. This also allows you to return and collect any intel or items you may have missed. With how much content is already there and how much is yet to come, I for sure will be returning to this throughout early access and into release.

Uragun is definitely looking to be a quality top-down, bullet-hell action shooter. I don’t usually recommend games in Early Access to anyone, but for this I feel an exception is warranted. The game already plays well and has a significant amount of content already. So if this is your type of game be sure to pick it up on Steam!

You can check out my previous reviews here.