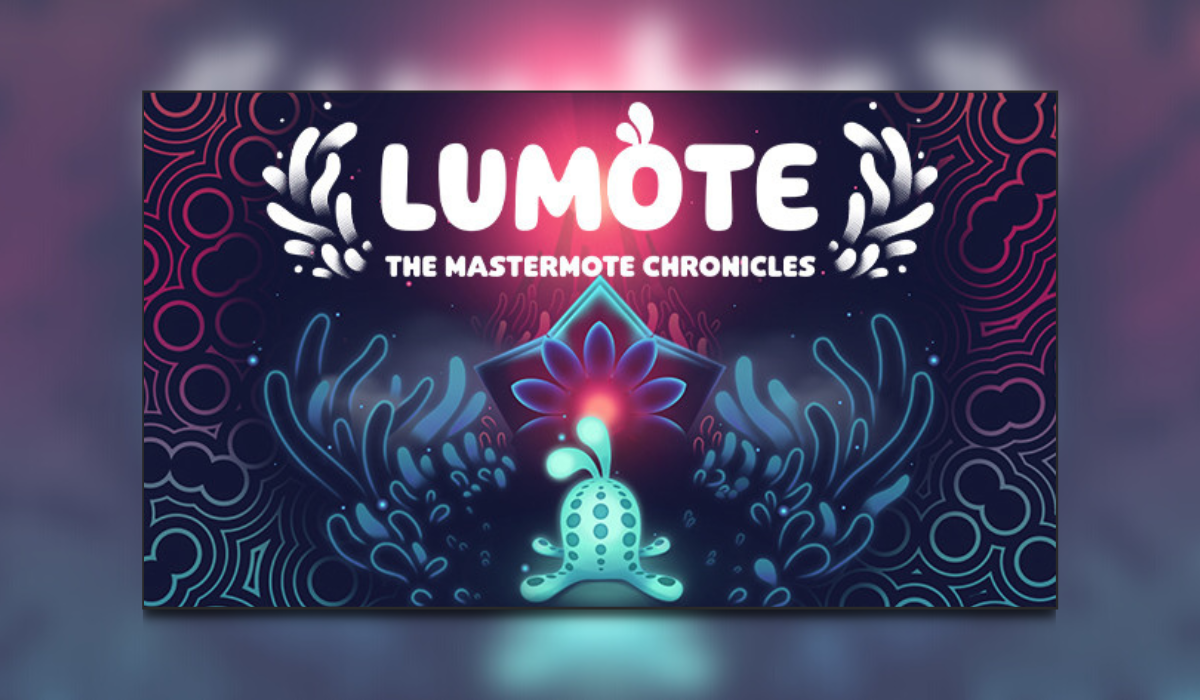 Lumote: The Mastermote Chronicles is a 3D puzzle platformer developed by Luminawesome Games Ltd and published by Wired Productions. With a price tag of £15.99 Lumote is available via Steam for Windows or Stadia. Unlike most games, Lumote offers a free playable demo… So if you’re on the fence, why not give it a try first?

Lumote is the most beautifully addictive puzzle game I have ever played. Period.

We all remember the first time we picked up a game and fell in love with it, you play ‘one quick level’ and before you know it it’s been 6 hours, the kids have gone to bed and you’re in the doghouse… again. Lumote has taken me back on that journey, from the second I picked it up I found myself saying “just one more stage.. just one more”. Without a doubt this is the most beautiful, addictive, atmospheric puzzler I’ve ever played.

“Meet Lumote, the squishiest bioluminescent creature, in this beautiful 3D puzzle platformer. Take control of the world’s inhabitants on a quest into the Great Depths to seize control from the Mastermote.” 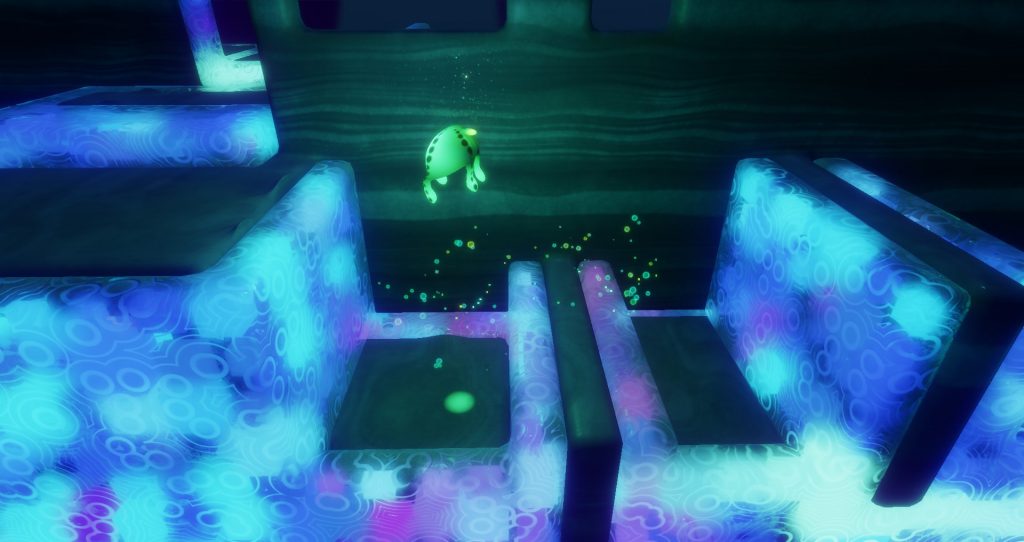 Lumote is exceptionally immersive. Right from the get-go we’re in the action, learning to play as we go through minimal text prompts. No voiceovers, no cut scenes, nothing to break immersion. The game is split into stages, or areas. Each stage initially glows red, indicating it’s incomplete or locked to us, turning blue upon completion. Stages unlock sequentially, completing each stage to move on to the next. Again, there are no cut scenes, no loading screens, no popups… Just continual immersive gameplay.

Lumote is full of hidden collectables, giving the completionist like me a reason (and reward) to fully explore the game world. Every nook and cranny, every platform, every jump, lift, drop… all of it. Collectables could be hidden absolutely anywhere and really feel rewarding when found. So far, I’ve discovered the following types: 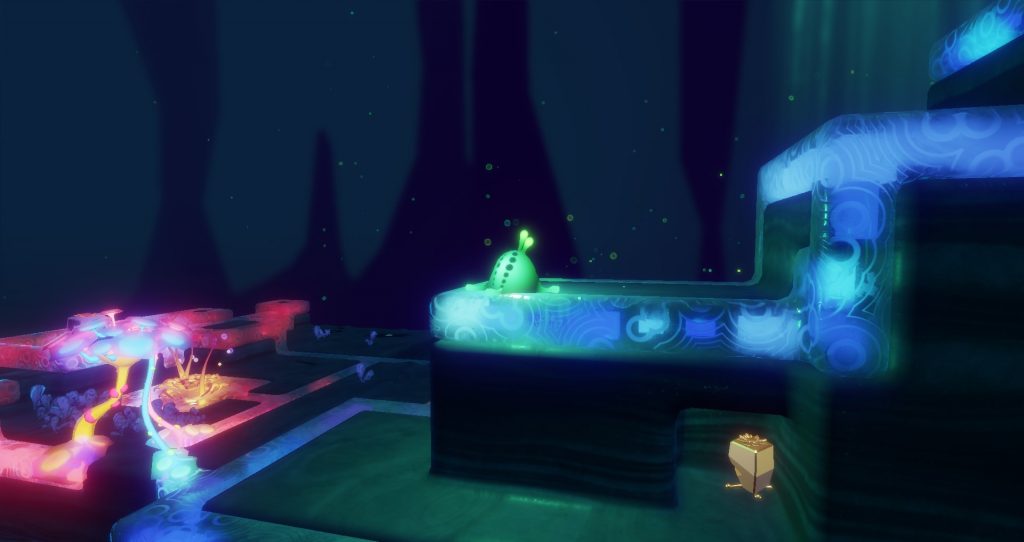 In terms of difficulty, I’m pleased to say that Lumote scales very well. Some puzzles are harder than others, but the curve feels well-balanced and thought out. Introducing just enough to keep things interesting, without becoming too challenging. Puzzles get more complex over time, introducing new mechanics and building more upon existing ones.

I’m playing on PC via Steam, with an RTX 3070, Ryzen 5 and 32GB RAM. Although, this far exceeds the game recommended requirements of; Intel i5 3.7 GHz, 4GB RAM and Nvidia GTX 770 2GB or equivalent. This title is very easy on the requirements and could be played on most of today’s machines without issue.

Visually, Lumote ticks every box. It’s absolutely beautiful, incredibly relaxing and super immersive. It’s actually impossible to do the game justice with a screenshot or still image, as everything has this kind of gentle motion to it that you really only get to see during live gameplay.

In terms of audio, Lumote is really atmospheric and calming. The only sounds we really hear are the ones our squishy blob makes, some background music and the interaction sounds on objects and puzzles. There are no voiceovers, no cut scenes, no background characters… Nothing to break the immersion or the flow of the game.

I probably spent around 2 to 3 hours playing Lumote, although a lot of that time was spent trying to capture screenshots that would really resonate here in my review. This title is quite simply what you make of it. Want to complete a quick stage and then come back later? Sure, you can do that. Want to play through half the game in one afternoon? Sure, you can do that too. 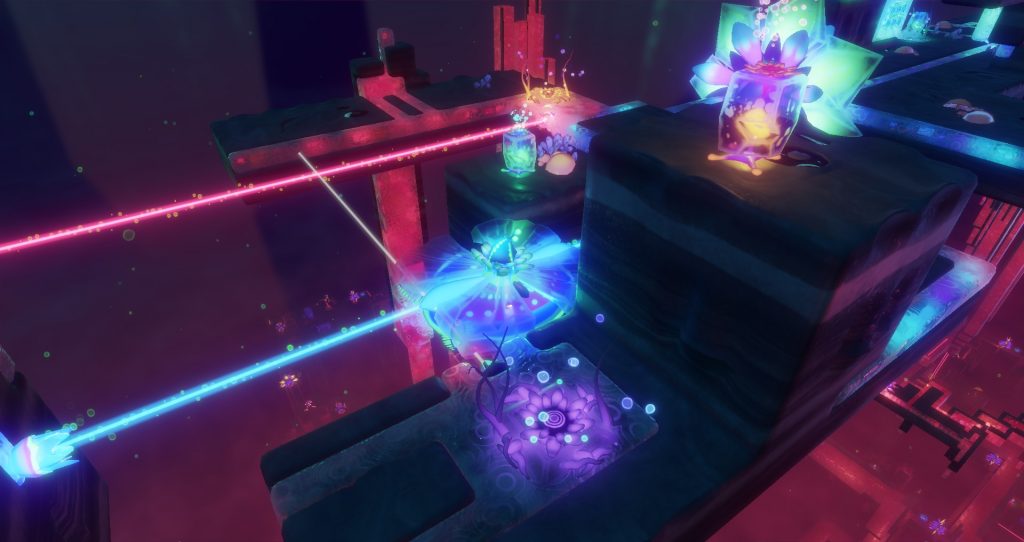 Personally, I found myself playing until I was stuck. I’d then take a step away only to find myself coming back later in the day with fresh ideas on what to do – which bodes well for the game’s playability!

Is it worth the price tag? Absolutely. Luminawesome Games Ltd have clearly spent a great deal of time and effort to create something truly beautiful and unique. While £15.99 does seem a little on the steep side for a small puzzle platformer, you really have to take into consideration what you’re getting for your money. I’ve certainly spent far more to get far less.