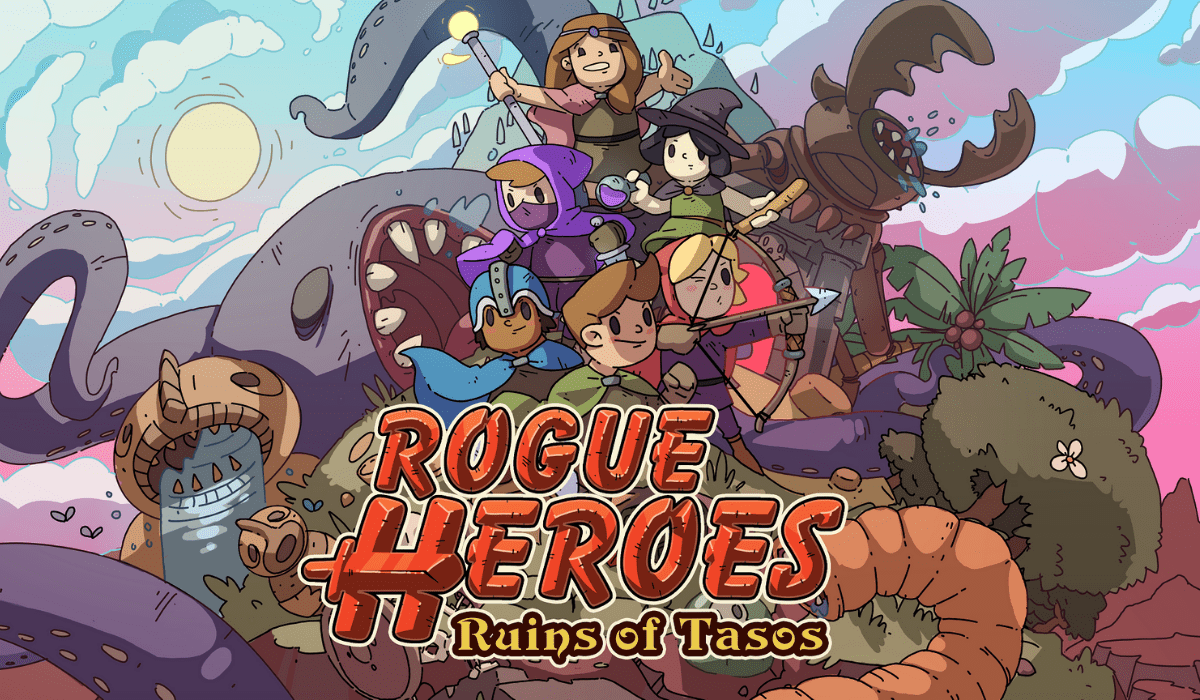 Rogue Heroes: Ruins Of Tasos is the latest game to be published by Team17. Heliocentric Studios developed this game and have opened the gates to their rogue-lite adventure. It’s available now on PC and Nintendo Switch.

In the press release we’re told the below:

Tuesday, 23rd February 2021 – Team17 and Heliocentric Studios have opened the gates to roguelite adventure Rogue Heroes: Ruins of Tasos on PC and Nintendo Switch, allowing players from far and wide to venture forth either solo or with up to three friends in local and online co-operative gameplay, and work together to save the land of Tasos from the sinister Titans.

Rogue Heroes: Ruins of Tasos takes players on a journey across the land of Tasos and into the depths of challenging, procedurally assembled dungeons located throughout the world. Gems earned during dungeon runs can be used to rebuild your home town of Intori, which in turn grants access to upgrades that can improve your warriors as well as unlocking other classes and equipment.

Players can help each other out in co-operative play, either locally or online, but those who take on the challenge will have their experiences tailored to them, with puzzles and challenges scaling depending on the number of players. Also, the heroes can be customised, along with a selection of classes, all of which have their own abilities and benefits in gameplay, and players wanting a taste of the action can try a free demo on Steam and Nintendo Switch right now.

Rogue Heroes: Ruins Of Tasos features procedurally assembled challenging dungeons where you wander the stricken land of Tasos. Counter the threat from the Titans solo or locally and online with up to four players.

Key features of this game:

Rogue Heroes: Ruins of Tasos is available now for £15.99. I think I may have to check this one out. Will you? Let us know in the comments.