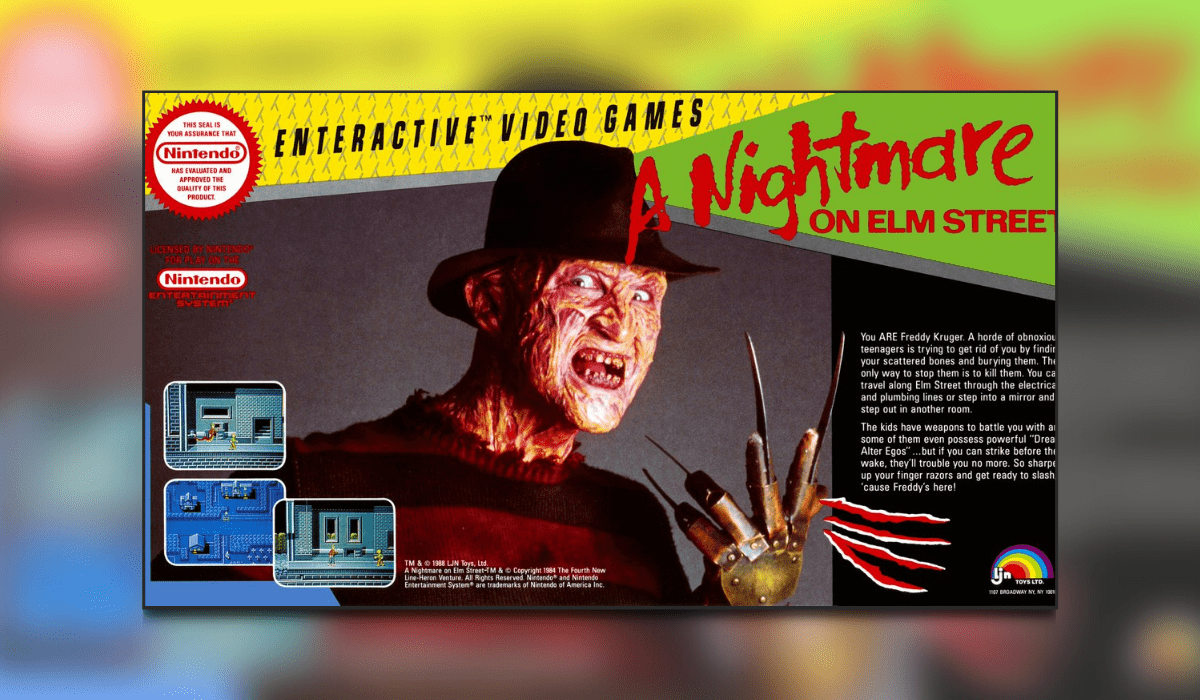 Being the biggest 80s horror fan ever. I just had to put A Nightmare On Elm Street on this list. It made perfect sense. Now the game may not sit well with some people because it’s an LJN game and we all know how well those games have been perceived in the past. It actually is one of the best LJN games out there. So if you enjoyed this then why not check out the previous day in our list here. You can also catch up with what the rest of the Thumb Culture team are up to on our social media.

Good old video games on the NES. They just have that certain charm about them. During the 80s it seemed that every movie was getting the video game treatment with A Nightmare On Elm Street also getting that treatment. Now the gameplay for Elm Street was actually really good. Unlike some LJN games. It was the usual 2D platformer but with a twist. You started out like a normal person just going through each area whether it be a graveyard or a house. But once your character falls asleep then the game shifts and you can use powers and weapons to defeat enemies.

Of course, the main man himself Freddy Krueger makes an appearance on multiple occasions. Taking on a different form every time until you eventually beat him. I think what’s most memorable about A Nightmare On Elm Street on the NES is that it was the first video game to be 4 players. Yes, you could play with 3 friends to take down the Springwood Slasher. Don’t let the fact that it’s an LJN game put you off. It is actually a good game and really worth checking out.