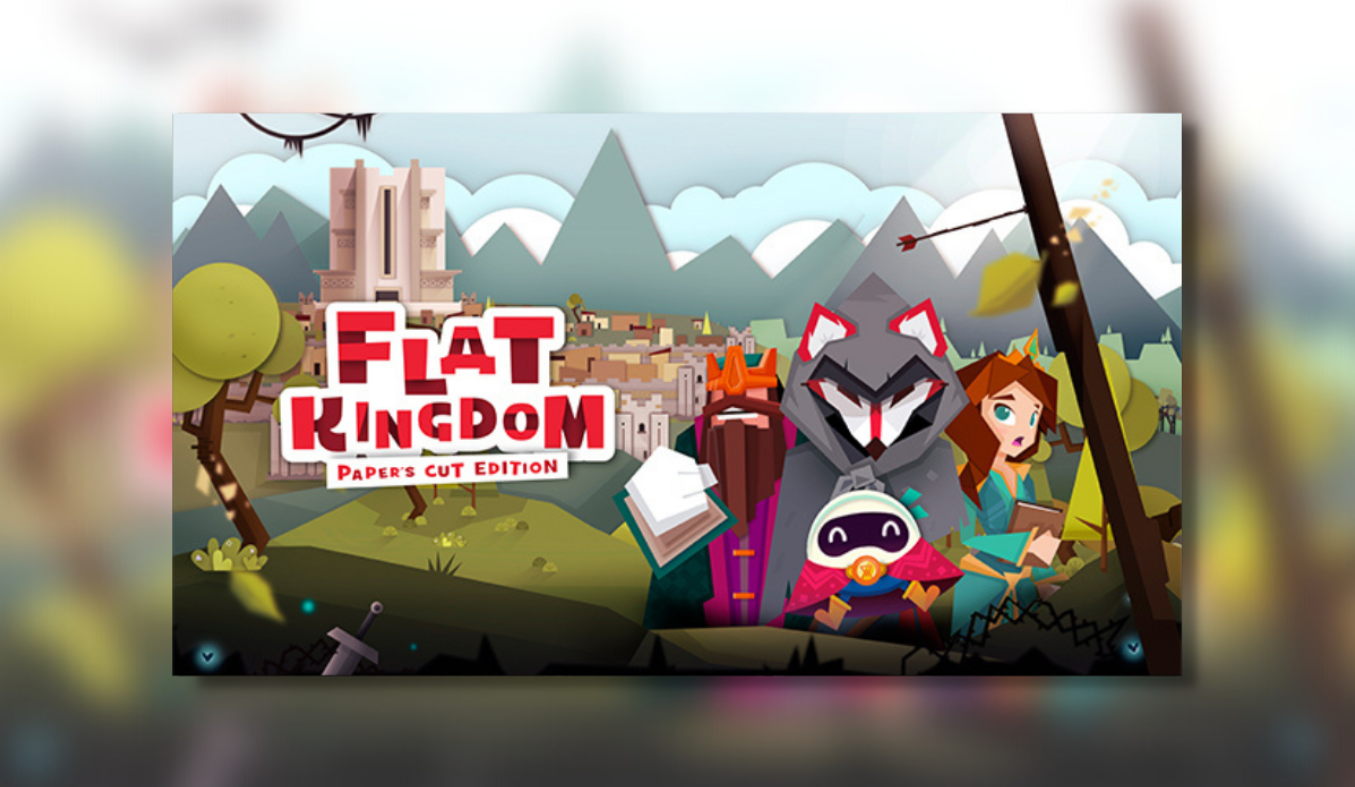 It’s time for another inclusion into the 2D side-scrolling genre, where a young hero chooses to save the world from an evil monster bent on world domination. This is our review for Flat Kingdom: Paper’s Cut Edition.

Flat Kingdom: Paper’s Cut Edition is a 2D action puzzle game developed by Flat Panda Games and released by Games Starter. It was released on April 7th, 2016 on PC, Switch, and PS4.

Seeing that the title, you would assume that it makes this seem like a brand new version of a previous game, but it is not. I’m not sure why they chose that but it’s an odd feature to add. Anyway, I’m not the best at puzzle games but I do love me some side scrollers and fantasy games so I’m interested to see what this has. Let’s hope it’s good. If you like this review or are looking forward to playing it, leave a comment or give a thumbs up. We always love feedback. 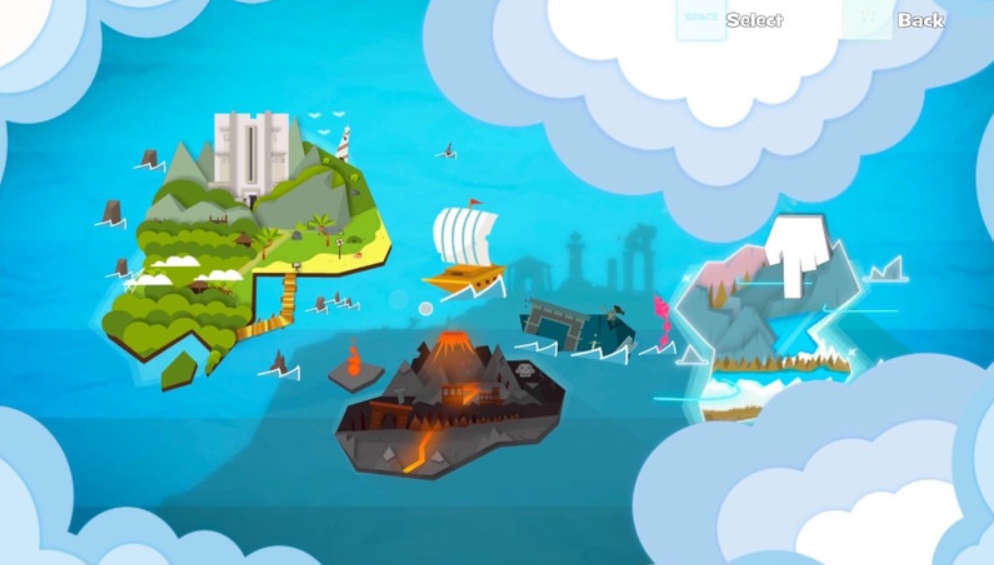 Our game takes place in the world called “The Flat Kingdom”. It was once a 2D land filled but it has become the home of an evil thief by the name of Hex has opened the flat kingdoms third dimension and has released chaos, along with stealing the priceless jewels that were made to keep the third dimension closed. Now it is up to a hero named Flat to save The Flat Kingdom.

So…yeah this isn’t really an original idea but I wanted to give this a chance. After all, the scenery is great but as the game goes on, it’s clearly  a by the numbers side scroller. The attacks are awful, the enemies are forgettable, and the plot is predictable and has been done to death. The game industry has been grabbing this trope by the neck, choking it, and kicking it while it’s down. Now, lets break this game down.

The character Flat can turn into 3 different shapes, a triangle, a circle, and a square. And they all have different functions. The triangle makes you lighter and run faster while the square makes you heavier. The circle is easily the best one because it’s the only one where you can double jump and you’re at a medium pace, you never go too fast or too slow. You can use all three of these shapes to solve puzzles which is a pretty neat idea but this is where it leads into the biggest issue of Flat Kingdom: Paper’s Cut Edition.

As with any side scrolling game, you are going to encounter enemies along the way. And the way you attack them is by turning into the different shapes and ramming into them. The enemies are shaped a certain way so it’s easier to identify. For example, if you come across an enemy who is shaped like a square, you turn into a circle. If you see an enemy that is shaped like a circle, you turn into a triangle.

Seriously…was a sword too much to ask for. I understand wanting to change a characters attack, but it’s such a ridiculous one. It’s like making the main character’s weapon was a bazooka that shot Hob Nobs, it’s unique but that doesn’t make it good. And the biggest problem with this attack is that you never remember which shape kills which enemy, so you’re almost always guaranteed to take a hit. Some versions of the game do have a feature that shows which shape does what but I don’t know how to make it appear on the Switch. And even if you do remember which shape does what, there isn’t any satisfaction or sense of accomplishment that comes out of killing an enemy, it’s all just a one hit kill. What were they thinking!

So after accepting the fact that this is your attack, you will notice that the layout is very similar to any 80’s and 90’s side scroller. Both feature a side scrolling element, world map display, enemies that you can kill easily, and the end of every world featuring a boss. Maybe this could be seen as an homage, but I think there is a fine line between homage and lazy. This whole story and layout is just boring, it doesn’t add anything fresh and new. Anyone who has ever played a video game knows this gimmick and we’re tired of it. I feel like the developers had a chance to invent something exciting but ruined it by copying the same ideas and features.

But to give praise where it’s due, I do enjoy the boss battles. I think we’ve been spoiled by better boss battles over the years and those ones are better but these are the highlight of the game. There’s actually some challenge to it and figuring out what to do is rewarding. 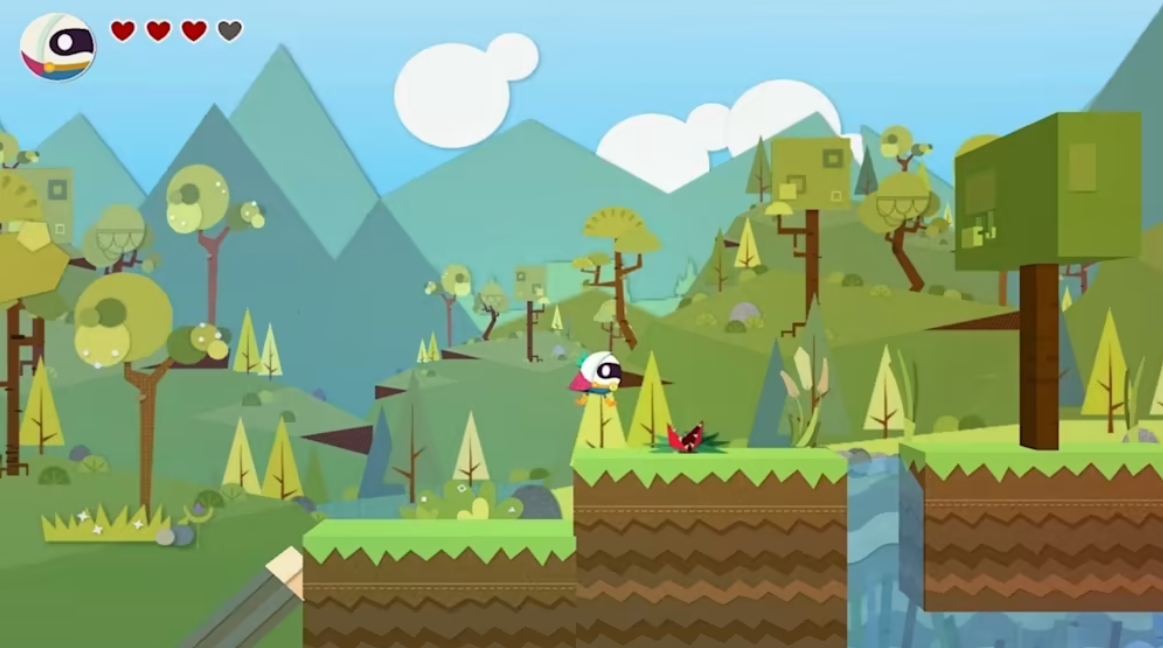 The graphics are probably the highlight of the game. I really enjoy games where the graphics have an interesting look to stand out from others and I think Flat Kingdom: Paper’s Cut Edition does that well. And it shows the cross between 2D and 3D well. While I do enjoy the graphics, I wouldn’t say they’re groundbreaking. Flat Kingdom is made off the Unity engine and while the engine has been used to make some great looking games, this is one that is good but not great. I felt like the could have been a little better.

The audio on the other hand is one of the weaker parts of Flat Kingdom: Paper’s Cut Edition. I usually praise the audio in the games I review but this doesn’t make an impression on me. The audio is nowhere near terrible but the problem is that it doesn’t stand out. It doesn’t feel immersive, it more feels like the developers took stock music and placed it over the scenery. And the main score is pretty much OK. It has some good scores but nothing to praise. 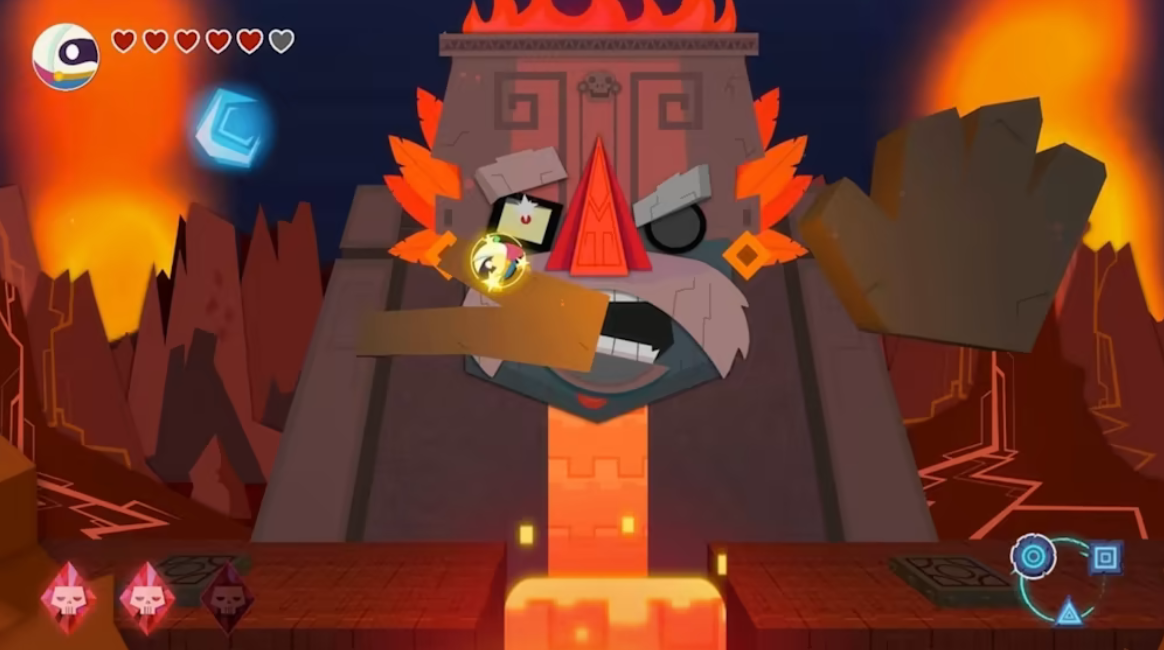 One of the good boss battles – Source: Nintendo eShop

Now Flat Kingdom: Paper’s Cut Edition is pretty short. There are many worlds but with a pretty easy attack, this could probably take you about an hour or two. And trust me, it gets old fast. After about the 20 or 30 minute mark, the game gets really boring. You’re praying for the developers to throw something new at you but they don’t. But I am thankful that it is a pretty short because I can’t imagine this being something like 10 hours. That would be way too much. 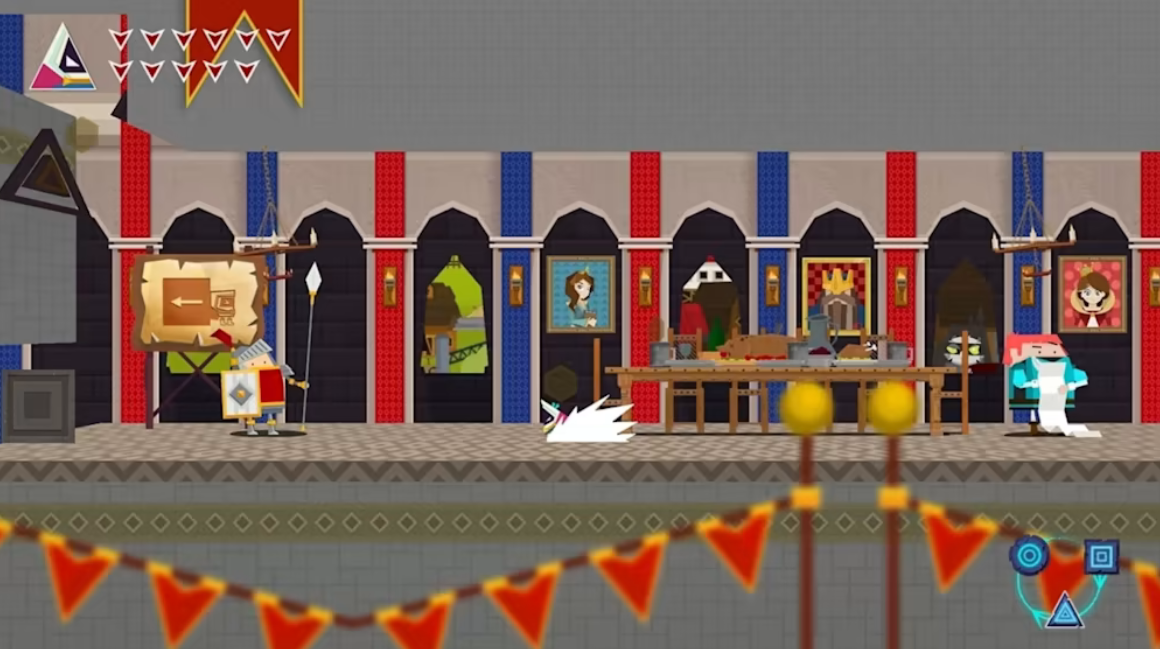 Some people might enjoy Flat Kingdom. After all, it is a very casual game, but for me, I was bored out of my mind. I really want to play games that try something new or have a great narrative structure but Flat Kingdom: Paper’s Cut Edition doesn’t have that. It’s just another game we’ve seen a million times. This almost seems like something you would play at the computer lab in school, not something released on major consoles. But if you are looking for a casual game with a fantasy setting, you’re going to like it. Personally, I was not a fan and became bored very easily while playing.

With that, I am giving Flat Kingdom: Paper’s Cut Edition the Thumb Culture Bronze Award