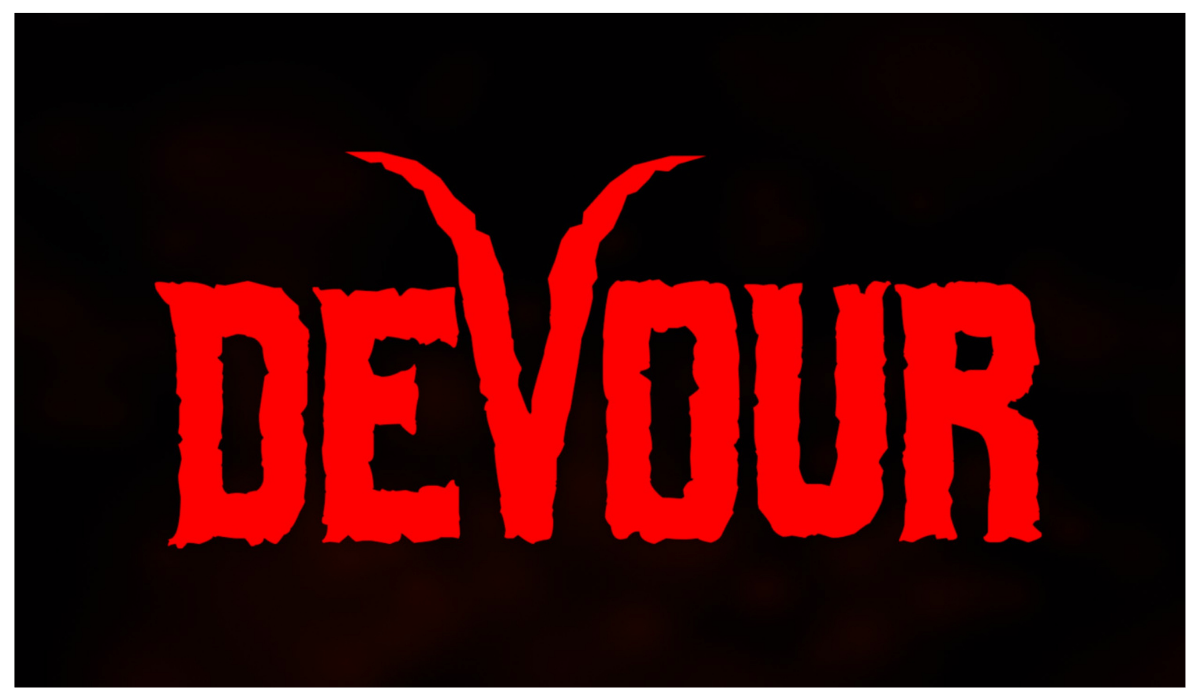 Devour, by indie devs Straight Back Games, is a co-op survival horror game that has you attempting to stop a possessed cult leader called Anna before she drags you to hell.  Available on PC and with no two playthroughs being quite the same, are you up for the challenge?

Ok before I go completely out of my comfort zone here are some cool facts about the devs that made Devour.

Straight Back Games was set up by Joe Fender and Luke Fanning back in 2019 with their first game being The Watchers which was released in January of last year. With their passion for tricky puzzle games as well as exciting co-op experiences they have involved the family in bringing their games to life.  Devour is their second game to be released and features The Watchers cult once more.

Right, I can’t put it off anymore, lets robe up and take on Anna!

The game opens up with a short video getting you up to speed with the story.  You and upto three other players are members of  The Watchers cult whose leader, Anna Puerta, has been possessed by a demon called Azazel having thought that she could summon and control the demon overlord.  It is down to you to break the spell.

Devour is an online game best played as a four-player co-op but can be played single-player if you are crazy.  Once you complete the game there is a Nightmare mode that I am guessing just turns it all up a few notches, not that it is necessary!  Select out of the four available characters and away you go.

You begin your adventure outside of a large wooden house in the middle of the night armed simply with a torch that also has a UV mode, useful for burning demons and briefly holding up Anna.  Hopping over the fence into the garden you discover a curious-looking altar and begin to gain entry to the house via the basement.  Along the way you discover Anna’s diary entries, giving some further back story to what is happening.

Playing in first-person, the controls are very simple to get used to as you begin exploring dark rooms and haunting corridors for keys to open locked rooms.  Spread out throughout the house and grounds you will see first aid kits, cans of petrol and wads of hay.  Apart from keys, you can only hold one item at a time and it is worth noting where all these items are for when you need them.

The game methodology for Devour sounds really simple but in practice I can assure you it is actually not that straight forward.  All you need to do to win is simply find 10 goats, throw them onto an alter and set fire to them.  Easy or what!?

As you put together what you need to do you will swiftly realise that you are of course not alone.  The chilling moans, groans and cries of Anna serve to set your spine-tingling as does the dull bassy sounds of her walking slowly around the house.  Her distinct body movements along with a glowing red streak in her hair as you see her approach is quite unsettling.  Avoidance is your best tactic as let’s face it, a flashlight isn’t going to do an awful lot unless you can bounce it off her head and sadly that is not an option!

Anna’s presence serves to heighten the tension of what you are doing and believe me when I say that playing this game at night in the dark of your living room is probably the best way of going about Devour if you want to be properly immersed.  Just don’t have a loving wife that enjoys sneaking up behind you and grabbing your shoulders when you least expect it.  Needless to say, my underwear was ruined.

At first, Anna appears to wander aimlessly around the corridors, rooms and grounds and is not too much of a threat.  However.  Every time you torch one of your red-eyed goat sacrifices you will hear a blood-curdling scream that will make you think she is standing right behind you and make the hair of your arms stand on end.  What ensues is an enraged Anna/Azazel who begins charging through both the house and garden in search for a victim.  Avoidance appears to be very difficult to achieve as a) you cannot outrun her and b) all common sense seems to go out of the window when you see her running at you.  The UV torch does sometimes work though, so long as her eyes are not red!

Should you be caught you will feel yourself jump and at that moment excused if you scream down your mic a little.  There may even be some wee so just be prepared for that too.  Anna drags your body to a random location within the property and it is up to your teammates to come to the rescue.  If all of you are caught then sadly that is the end of the game!

Devour looks pretty amazing as far as indie titles go.  The way that the torchlight bounces from objects and creates shadows really gives you an almost claustrophobic sensation that you are alone and trapped.  The whole feeling of not knowing what is going to be around the next corner until your torch lights it up is really unsettling. Inside the creepy wooden house it is really easy to get disorientated as you navigate in and out of various rooms that have adjoining doors.  When playing co-op your teammates can easily spook you, especially if they are trying to get past you and “collisions” are turned on.

The whole atmosphere of Devour is brilliantly created through the graphics and sound.  I particularly loved the thunderstorm that burst into life later into the sacrifices, lighting the skies and just freaking you out that little bit more as it gets even crazier.

Haunting groans and snarls from demons quietly crawling across the floor in the dark towards you, Anna suddenly screaming and running down the corridors after a goat has been sacrificed, even the cries and whimpers that your character makes while awaiting first aid will really not help you get to sleep after you have finished your gaming session.

When it comes to the in-game positional chat party, it is pretty good.  As you would expect, the screams from your fellow cult members can be heard in the respective speaker/headphone cup indicating the direction that they are in.  Sadly one thing I was hoping for was that the volume of the chat party members to get quieter the further you got away from them, something that would have made the exploration of the house even more isolating but maybe would have made the game impossible as you can’t then communicate effectively.  One thing that is noticeable however is when the weather starts to kick in.  The intensity of the rainfall does start to drown out the chat party voices a bit when outside and later on when the immense thunderstorm kicks off it is really hard to then hear each other during the dramatic claps and rumbles.

If you can play well as a team then you could beat Devour in maybe an hour.  We got very close to that 10th goat a number of times however Anna always managed to catch the last person alive.  The beauty of Devour is that no two games will really be the same.  Keys, goats and items locations along with locked doors all change randomly each time.  The team and the way that they all play will also obviously affect how well you do.  Our first game was pretty much a lot of screaming, shouting and swearing as we got our first taste of what we had let ourselves in for.

If you want an immersive game to really take you out of your comfort zone and you also enjoy a good jump scare or three then Devour is for you.  It has Phasmophobia style qualities however Devour, in my opinion, takes it up a notch by having you exorcise the demon and also deal with the mayhem that ensues.

I haven’t quite played a game like this for a long time but I found it to be a really enjoyable, if not underwear soiling experience, made even better by playing co-op alongside friends.  You will find yourselves covering a lot of emotions during the game but ultimately end up laughing at each other as Anna catches one of you sending the other party screaming down the mic.

For scaring the crap out of me, the jump scares and the laughter afterwards as you feel silly knowing what was going to happen, Devour gets the Thumb Culture Gold Award! 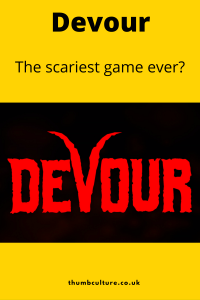