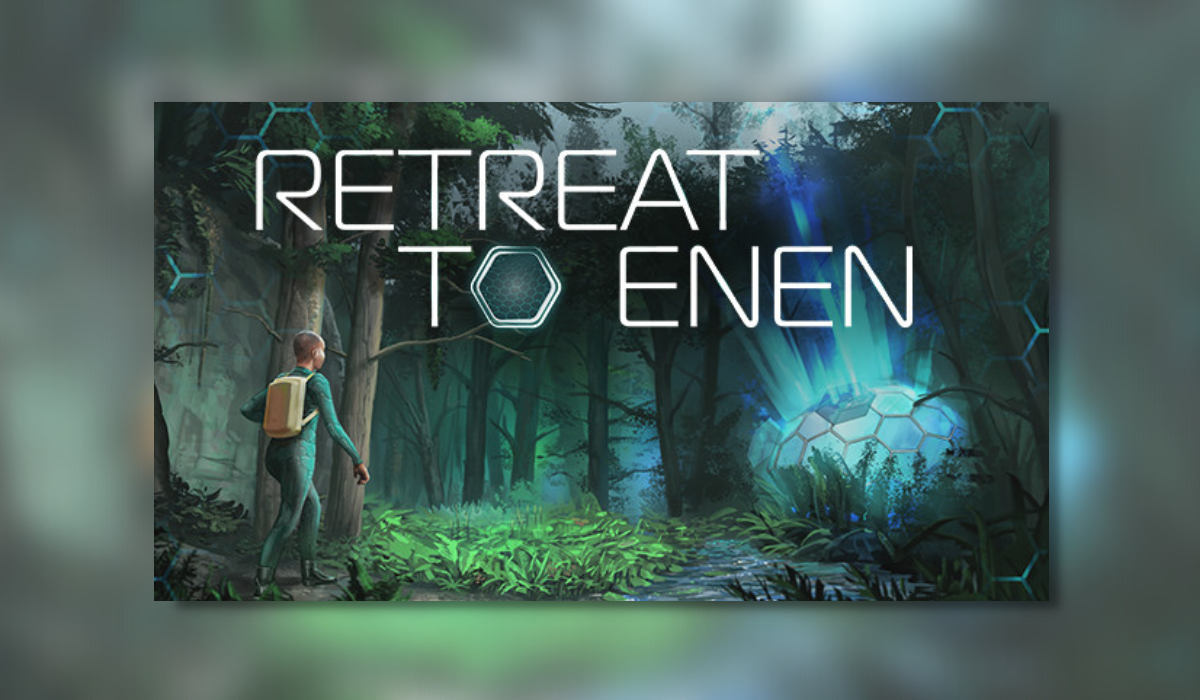 Retreat to Enen is an exciting new first-person survival game. Set in the distant future, humanity has barely survived its own extinction – brought on by war, pollution and self-interest. Survivors now try to coexist with nature, desperate not to repeat their mistakes… too little, too late? Releasing on August 5th 2022, Retreat to Enen is under development by Head West, and will be available to play on PC via Steam.

Sent to survive alone on some tropical island, you must prove yourself to be on with nature. Craft, gather and hunt responsibility in order to survive and thrive.

Similar to games like ARK, Rust, Conan Exiles and Valheim, at its core Retreat to Enen is a simple gather & craft game. The unique twist in Retreat to Enen is you’re trying to be responsible and ‘at one with your surroundings. So while you might start like in any other survival game – gathering up resources from the ground, you will also finish it doing the same thing –  let me explain. Humanity has sworn to be less materialistic, greedy and selfish, so scavenging is the new normal. Why chop down a tree when a branch has fallen to the ground? 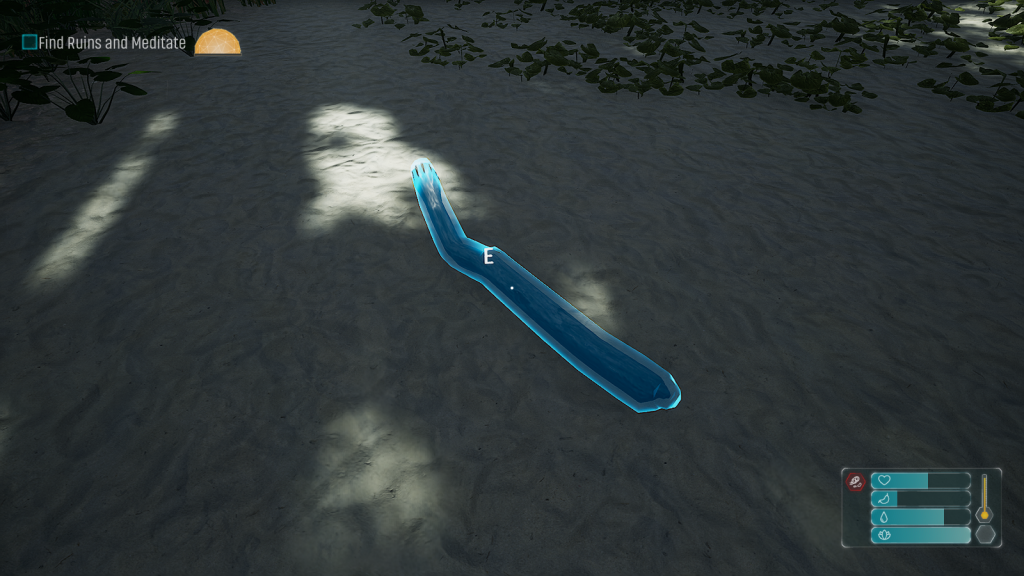 This mechanic is hardwired into the game through an extra attribute on the player; Spirit. Just like you must manage your health and stamina, you must also keep an eye on your Spirit. To help with this, Enen has meditation pods scattered throughout the landscape. Tactically building near one of these pods will really help you out, particularly in the earlier stages of the game. 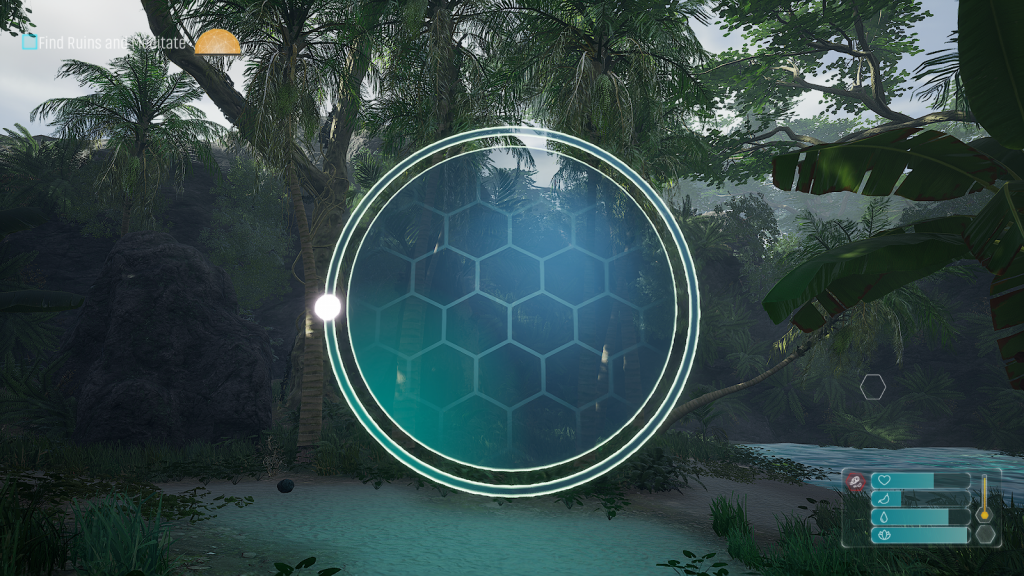 Something I found a little strange at first was the clothing of our character. As we’re here by choice, we don’t start naked or wearing only a simple rag. Instead, we have a full futuristic suit, complete with AI and a mining device. Mining is a little limited, however, as you can only break up veins found on the surface – no digging holes or blasting rocks.

So far you probably have an image in your mind of a tranquil island, with all the meditation pods and cute little turtles roaming around. Unfortunately, Enen also has some serious hazards to watch out for.

Players need to avoid drinking stale water or being bitten by venomous snakes and other creatures – all things that can make you seriously ill. Cooking up a quick anti-venom or medicine is you’re only chance in these scenarios. Though, if you do die you simply revert to your last saved game, so it’s not the end of the world so to speak. 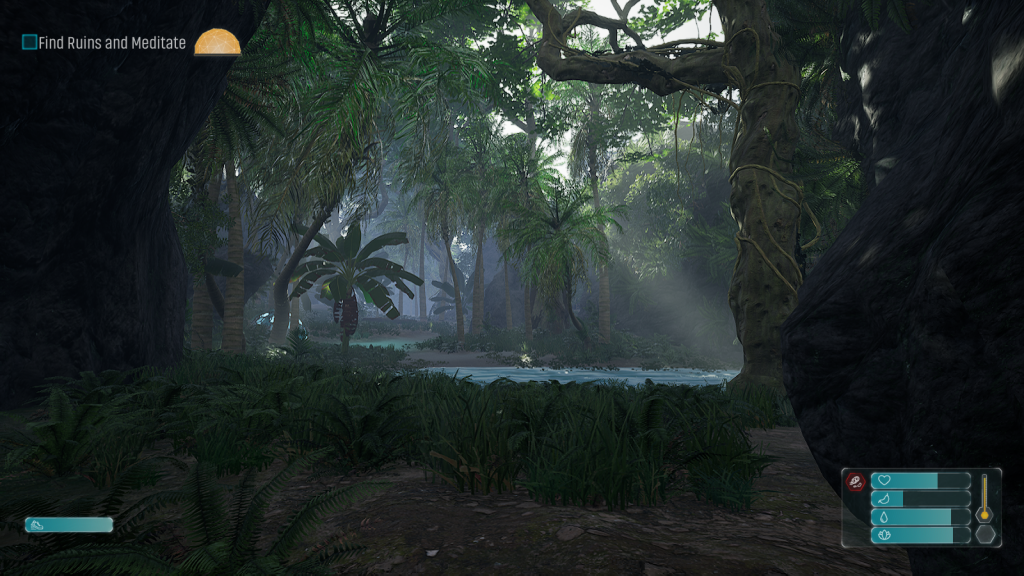 It’s been noted in other reviews that developers have hinted towards environmental hazards being a thing in later zones – an exciting prospect. Cold zones where survival suits are required, or even hot zones perhaps?

If you’ve read any of my previous reviews, you’ll know by now I use a PC – running a Ryzen 5 3600, 32GB RAM 3200MHz and an RTX 3070. This far exceeded the recommended Quad Core CPU, 8GB RAM, 660ti GPU. Surprisingly the game only requires 10GB available space, a welcome site considering survival games like ARK are now close to 300GB.

It’s worth noting that I played Retreat to Enen using an early access code, so some issues are to be expected. With that in mind, let’s talk about performance.

Unfortunately, I did experience the occasional crash caused by some kind of memory issue, which resulted in a loss of unsaved progress. Occasional issues and graphical glitches such as misaligned textures did occur, but hopefully, these issues are something the developers will have resolved before the official release. Overall though the experience has been an enjoyable one, with no real concerns regarding graphics. I mean, the game looks stunning, look at it! 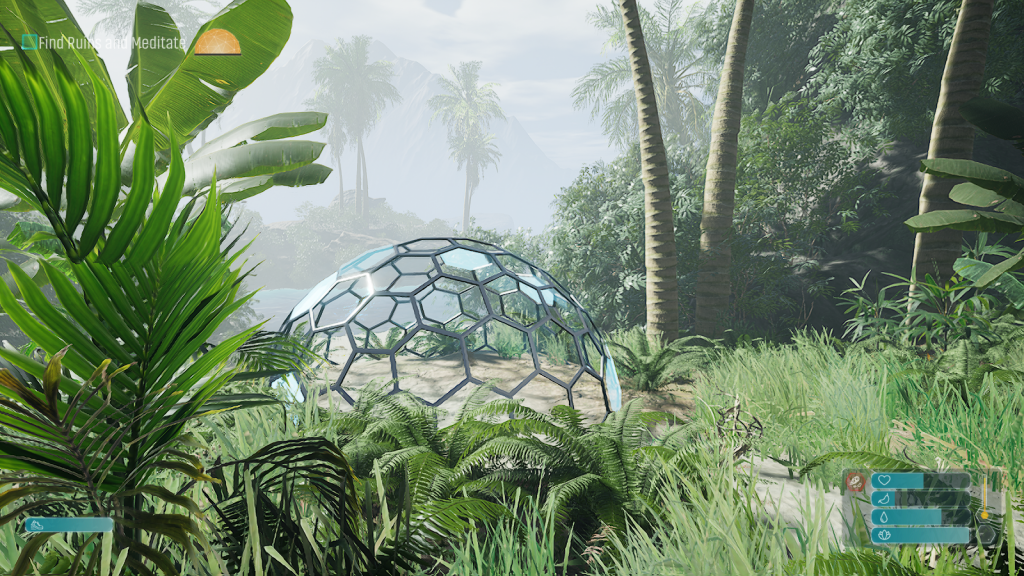 In terms of audio, there’s not a great deal to say other than Enen is well designed audibly. You’re able to listen out for ambient sounds of running water, animals and other such things which help you survive. The jungle sounds pretty amazing too, with all the birds and weather!

Playing for an hour’s session at a time is about right for this title. That’s just enough time to get online, accomplish something and then head off before you lose interest. It would be nice to see some DLCs introduce a few more hazards, perhaps the environmental ones we mentioned before. I’ve never seen a landslide or a flash flood in a survival game, and Retreat to Enen has the perfect backstory for something like this.

Retreat to Enen is landing at a time when we as humans are starting to really explore the issues of climate change, and our effect on the natural world. The game really explores some of these issues in a relaxed and passive manner.

I really felt immersed in the environment – particularly the jungle and was conscious of how my actions affected the world around me. For example, I found it difficult to kill turtles for meat and often opted for a nice coconut instead! Or a snake… but it’s morally easier to kill a danger noodle than a turtle – is that wrong? 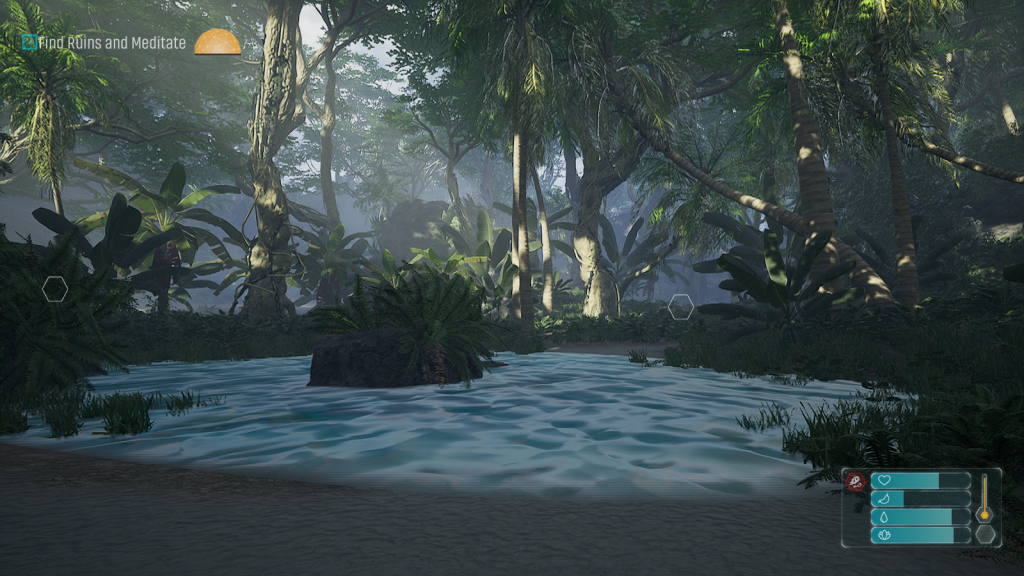 It took me a good to realise I was actually learning through playing, and I’d love to see more games do what Retreat to Enen is doing. I genuinely look forward to seeing the game progress in the future. Extra DLCs could bring new environments, animals and resources – an exciting prospect!

I’d definitely recommend this as a relaxing experience and will be returning to play again in the future.

I award Retreat to Enen a Thumb Culture Gold award!

One thought on “Retreat To Enen – PC Review”