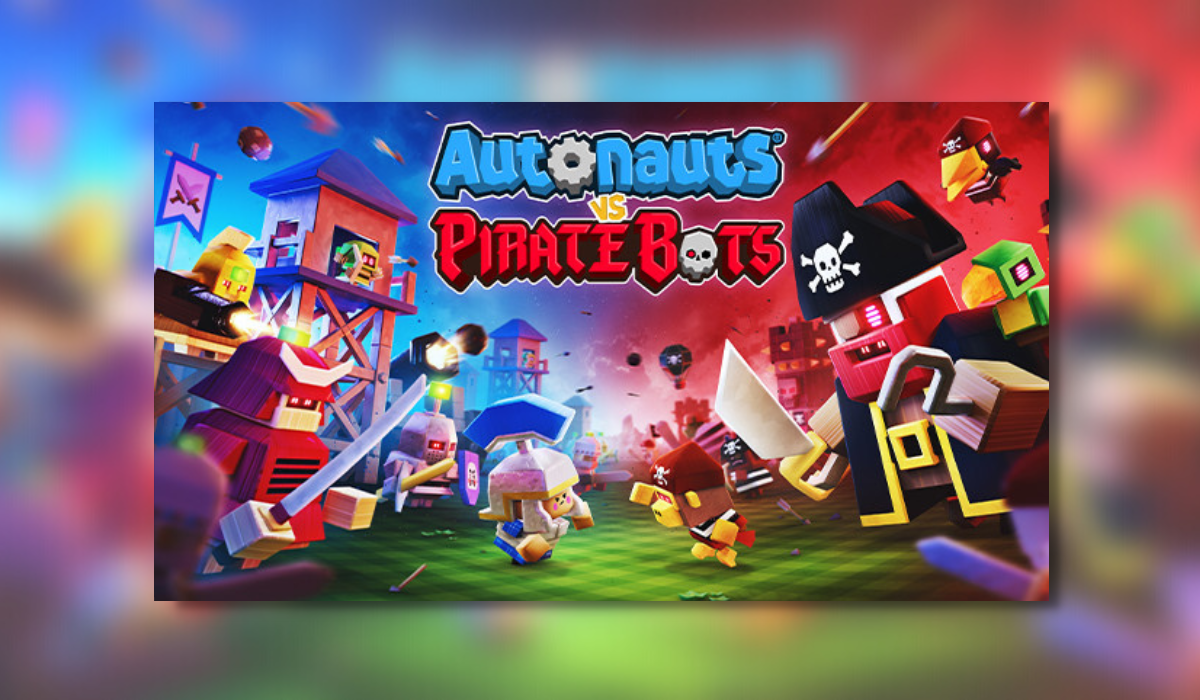 Autonauts vs Piratebots is a simulation strategy game developed by Denki Ltd and published by Curve Games. With a release date set for July 28, Thumb Culture gets a sneak peak and an early look at the game.

“Grave news! Piratebots are kidnapping Autonauts and taking over our automated settlements! Only you can remove the invaders, recover your resources and resume control!”

Side note: Did you know the devs for this one are based in Scotland? What a beautiful place to create games! Anyway, on with the show…

First up, the tutorial. Autonauts vs Piratebots is a little heavy on the reading, particularly in the earlier stages of the game. The intro tutorial can get a little bit long and frustrating at times, although there is a lot to learn so best pay attention here.

The basic idea is to command your playable characters to scavenge, build and automate their way through each level, utilising workerbots to make things efficient. Different resources can be used as components and/or tools. For example stones are usable as basic chopping and bashing tools, whilst sticks can be used to flail bushes for fruit or digging holes. Both of these resources can also be used as components in larger structures or tools. It starts of pretty complex, but once you get the hang of it the game really opens up.

Programming Autonauts to automate production is the main mechanic of the game, so learning how to do that early on is pretty important. Here we can see I’ve set up – or tied to – a pretty simple; gather log, move to location and drop all program, using the scratch-style coding system. This is essentially what you’ll be utilising throughout the game in order to beat the Piratebots. Pretty cool.

Autonauts vs Piratebots offers 5 different zones for players to build, program and automate their way through. Being a difficult game with lots going on, I absolutely love that the developers have built in a default auto-save option. What a neat touch!

Autonauts vs Piratebots gives off the same playful vibes as Bloons Tower Defence, with it’s blocky colours, animated characters and funky soundtrack. Visually filled to the brim with the developers humour, jokes can be found throughout – like the About screen and this exit sign for example;

I love seeing developers have fun with their creations and play around a little, and it’s clear that Denki Ltd have done just that.

Moving on, let’s talk about graphical performance. At it’s core this  is a simple low poly 3D game with cutesy characters, bright colours and funky sounds. The only faults I can pick are with some of the sound FX. The rocket engine is incredibly staticky and difficult to listen to, and some of the in-game sounds stack on top each other, getting a little messy as times.

I’ve played a lot of games in my time, some casual, some hardcore, some in between… I can honestly say that Autonauts vs Piratebots walks the line somewhere between casual and hardcore, let me explain. 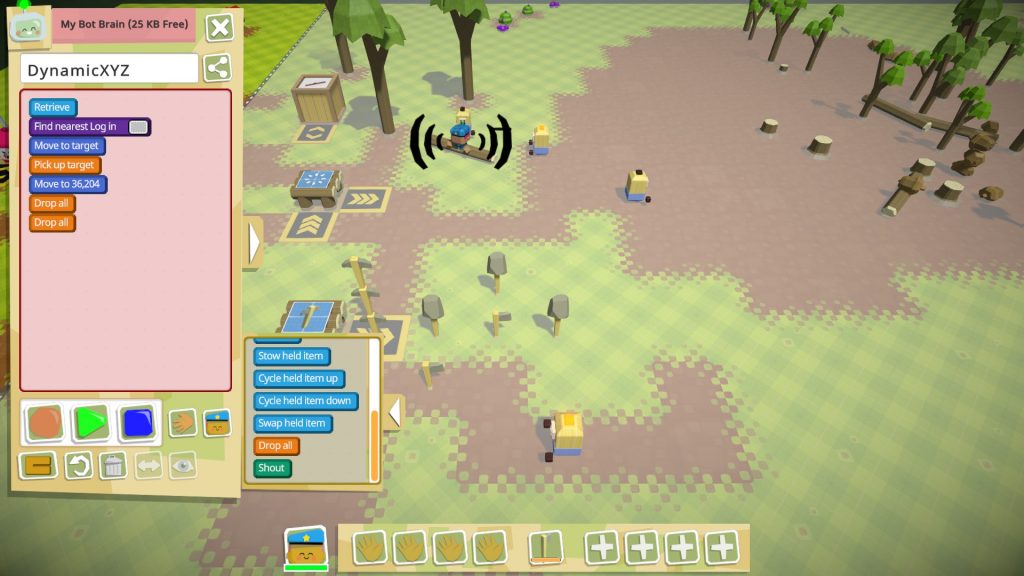 The scratch-style coding means you can spend as much or as little time on each level as you like. Personally, I found myself meticulously programming each bot to absolute perfection – my inner software developer really shining through. I wasn’t satisfied until every bot had a role and fulfilled that role to total perfection. If you’re like me, then the fun you can have in this game will literally be endless.

Autonauts vs Piratebots is something different. Whether you’re looking to learn coding, get your kids interested in the concept or you’re a meticulous, master programmer… there’s something for everyone.