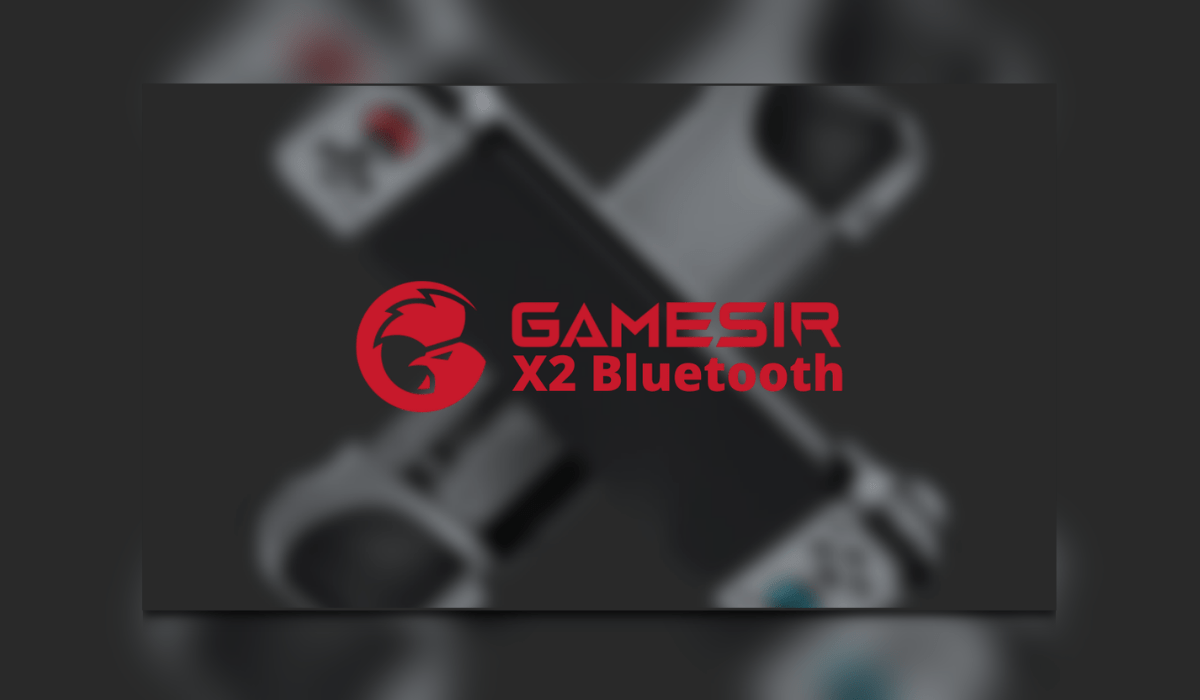 We have it, and we’ve reviewed it. The GameSir-X2 Bluetooth controller, a top-tier piece of hardware for the hardcore mobile gamers, at an affordable price! I had the chance to have a very extended go on this bit of hardware, and if you’re in the market for a Bluetooth controller that you can connect to Android or iOS, then you’re in the right place.

Check out my previous review here, let us know in the comments if you have tried this controller (or even the USB-C version), or plan to after reading this. I tried a variety of games on the GameSir-X2, so let’s get stuck in.

The design may look familiar to most, if you’ve heard of a hybrid console from a certain Japanese company, you’ll know what I mean. But don’t let that deceive you! This isn’t a rip-off of Nintendo’s “JoyCons” for mobile devices. What we have is a sleek, extendable Bluetooth controller that fits nicely in the hands. When I say extendable I actually mean you can slide the two sides of the controllers further away from each other, meaning this allows you to slide your phone in, and it’ll be nice and snug in the GameSir-X2. I own a Samsung Galaxy S21 Ultra which is a chonk of a phone, and it fits nicely, no struggle to get the device into the controller. As you can see below, I have a case on my phone also. The GameSir-X2 supports devices up to 173mm in length.

I quite like the locations of the thumbsticks. As you can see above they do look very familiar, they even have the same colourway (on the thumb sticks at least) as the aforementioned hybrid device controllers. The charging port is located on the bottom of the controller, however, the location may get in the way if you needed to charge and play at the same time. This could easily be worked around by getting yourself a right-angled USB-C cable.

Now I feel I should add this into the design section, as this has been designed really well in my opinion. In the box, you have a carry case for the controller, inside that carry case is a small box of goodies, and of course, the controller. 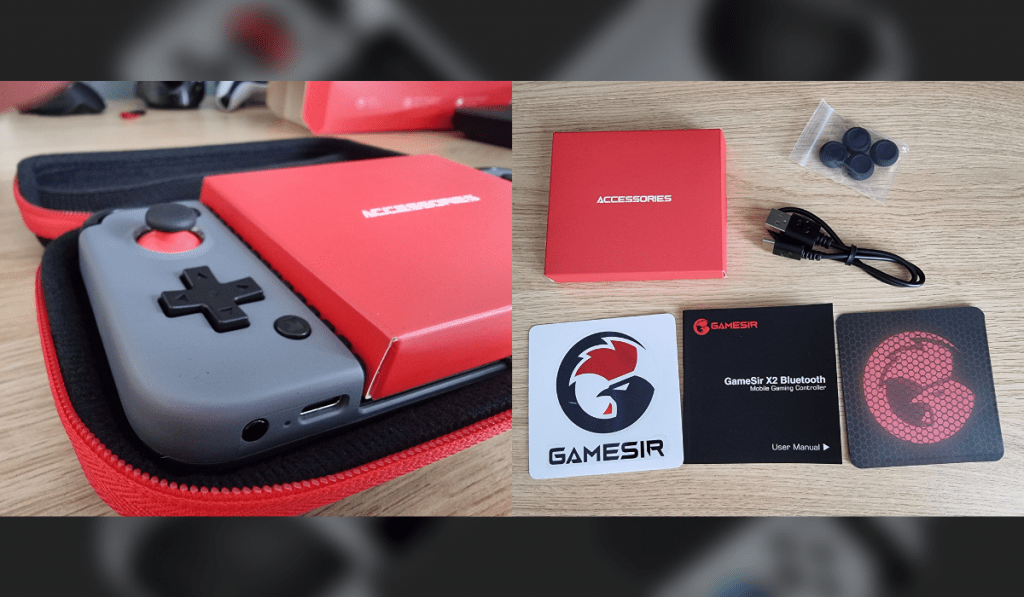 The functionality of this device is pretty spot on. Buttons respond very well and fast. I didn’t notice any lag between my actions and them happening on the device, which is exactly what you want. The physical buttons themselves are nice, the shoulder buttons have “micromechanical switches” in them which give off a nice clicky sound. Kind of like a mouse button. The main buttons feel like they will last an eternity, they don’t feel cheap or tacky.

There’s also the inclusion of a couple of other buttons, one being a screenshot button, press it, your device should take a screenshot. This didn’t always work for me, but that wasn’t really a bother to myself, and it could have been something I had done wrong. Therefore, I don’t want to knock the device for that. The other extra button is a turbo button. You know the kind. The kind of button that turns a semi-auto pistol into an MG42 machine gun. I don’t use these myself usually but for the purpose of the review, this button worked well.

Ok so now comes the downside, kind of. For me, I couldn’t seem to get this controller to natively work as a Bluetooth controller. One must note that I was using this device with Android. I have not tried on iOS due to the fact I don’t own any iOS devices. So for example I’ve had a DualShock 4 controller connected to my S21 and have been able to play games straight off. No app, no config. Just worked. However, for the GameSir-X2 to work properly, I had to download the GameSir app from the Google Play Store. This wasn’t too much of a bother in reality, but just be aware of that.

Once I had the app downloaded, and I worked out how to get it to overlay buttons in games, I actually grew quite fond of the app and the idea behind it. But, I can see some not being a fan of this idea. See the below screenshot, I took whilst configuring the Call of Duty Mobile layout. When you’re configuring the layout, you can drag the control buttons over the onscreen touch controls. Obviously, in the screenshot, I hadn’t quite configured all the buttons hence why R3 was almost in the middle of the screen. Please note that you can configure the button transparency, so don’t worry, they’re not there like the below all of the time.

This controller is very comfortable. One of the highlights of the comfort for me was the palm grips being slightly extended out of the controller. These give that extra feeling of security in your hands and not that you’re going to drop it any time soon. I also love that Gamesir included thumbstick covers in the box. See the above image for the photo of the accessories. The reason I love this is that I am a big fan of these, they add that bit of extra grip for your thumbs. I use them wherever possible, my DualSense controllers, my Xbox One controllers, even on my Nintendo Switch JoyCons. 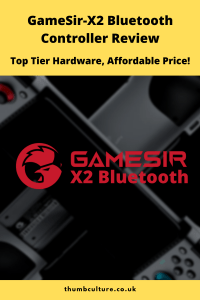