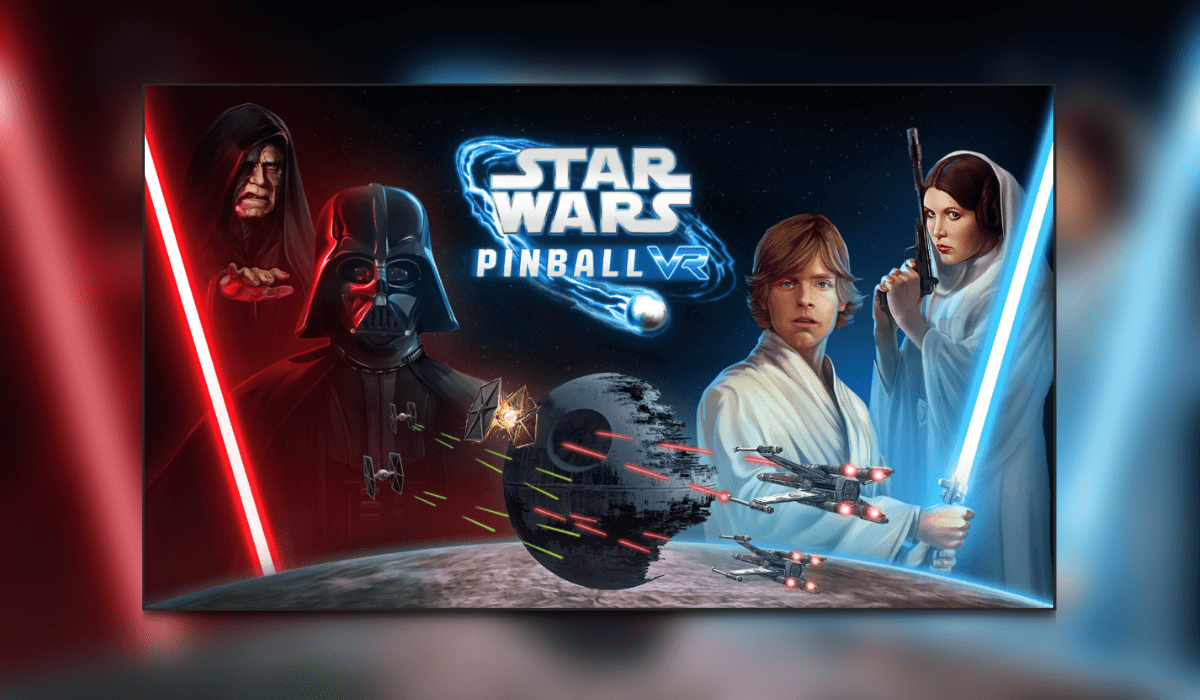 If anyone has played any of the Star Wars tables on Pinball FX3, you will know that Zen Studios has a habit of creating well-detailed tables for you to get lost in. However, with Star Wars Pinball VR on the Quest, PSVR, and through SteamVR you are given a full-blooded game that you can quite easily lose many many hours playing. So join me as I venture into a galaxy far far away, and enter the world of Star Wars Pinball VR.

Star Wars Pinball VR is a Force to be reckoned with

Have you played Star Wars Pinball VR? Do you have a favourite table? Leave us a comment down below.

If you have ever played a pinball game in your life then you will sort of know what to expect from Star Wars Pinball VR. In essence, it accurately recreates what you would experience in real life. Checking out the tables to see where all the flippers were. Seeing what different actions there are on the table. Even choosing which table to put your shiny coins into. Even in VR you still do this, well except paying your material money.

Star Wars Pinball VR brings you 8 tables, 2 brand new tables in the Mandalorian, and Star Wars Classic Collectables. Along with 6 remastered tables covering the majority of eras from the Star Wars franchise. Thankfully there is no Phantom Menace table so we don’t have to listen to Jar Jar Binks.

Starting the game you are greeted with a nice large TV screen that will play the intro trailer for the game. Giving you a glimpse of what to expect when you turn around. Then you find yourself in your Fan Cave. This is a nice little touch allowing you to show off rewards that you have gained in-game, from posters throughout the location. To large models that are held on pedestals for you to get up close and personal with. All nicely recreated. There is even a nice AT-ST just outside your window. Although it’s not as big as I expected it to be.

Moving around your Fan Cave in Star Wars Pinball VR is quite a nice little journey. From the model of Jabba (definitely not to scale) to the R2-D2 Jukebox, it’s all a nostalgic wonderland for any Star Wars fan. I found myself constantly going “ooo” and “ahh”.

Once you are ready to actually play pinball, your table is in the middle of the room. Walk up to it and you can then select which table you want to play on first. My first table was – of course – the Mandalorian table. Seeing as though this was one of the two new tables created for the game, it would be rude not to. Playing the game was easy on the Quest 2, the triggers on either controller were the flickers, down on the right thumbstick was the launcher, and the left stick gave the table a little nudge. All relatively straightforward in the controls part. Which made the game enjoyable to play.

You can change your view however with Y and this will scroll through a few different views. With one being right down at the flicker level. At first, it felt like it was a bit too close to the action, but once you get used to it, it was actually quite fun seeing the table from a different perspective.

Another aspect of the game was the Career that you can dive into. This allows you to play through certain scenarios which will give you little tokens that you can use to upgrade your Force Powers. Yes, you read that correctly, in Star Wars Pinball VR you can have Force Powers. These powers all vary and can help you get those hard-to-reach high scores. On top of that, you have some 360 mini-games that you can take part in. Giving you the sense of real immersion when you are playing through the game!

Playing Star Wars Pinball VR on the Quest 2 was an absolute joy. Everything is crisp and smooth in the headset, giving a great experience when it comes to looking at the tables and the models in your Fan Cave. As yet, I haven’t experienced any dips in performance, or anything to make me less engaged in the Star Wars world the game is portraying. The tables are extremely detailed and colourful at the same time. When you start playing on a particular table you are joined by a specific member of the cast all relevant to the table you are playing on. Having Mando and Grogu join you while you are playing on the Mandalorian table is a fun little touch.

Audio-wise, well it’s a Star Wars game, and as you would expect all the relevant sound effects and voice snippets are all present in Star Wars Pinball VR. With a myriad of songs built into R2-D2, the little jukebox can give you plenty of atmosphere whilst hitting the tables.

How big of a fan are you of Star Wars? That will answer how many hours you can put into Star Wars Pinball VR. With so much to do on each table will keep you coming back for more and more. The Fan Cave will also keep you playing and playing to decorate this with your favourite characters.

Star War Pinball VR as a standalone game just works. With everything, you can do and the Fan Cave this will keep you coming back time and time again. Adding to the nostalgia of the Star Wars franchise Star Wars Pinball VR isn’t just another VR game, it’s showing the rest of the industry what a pinball game can be, given the chance to achieve its potential. 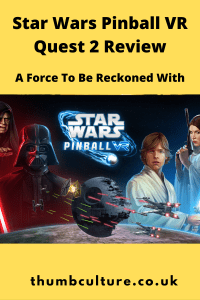