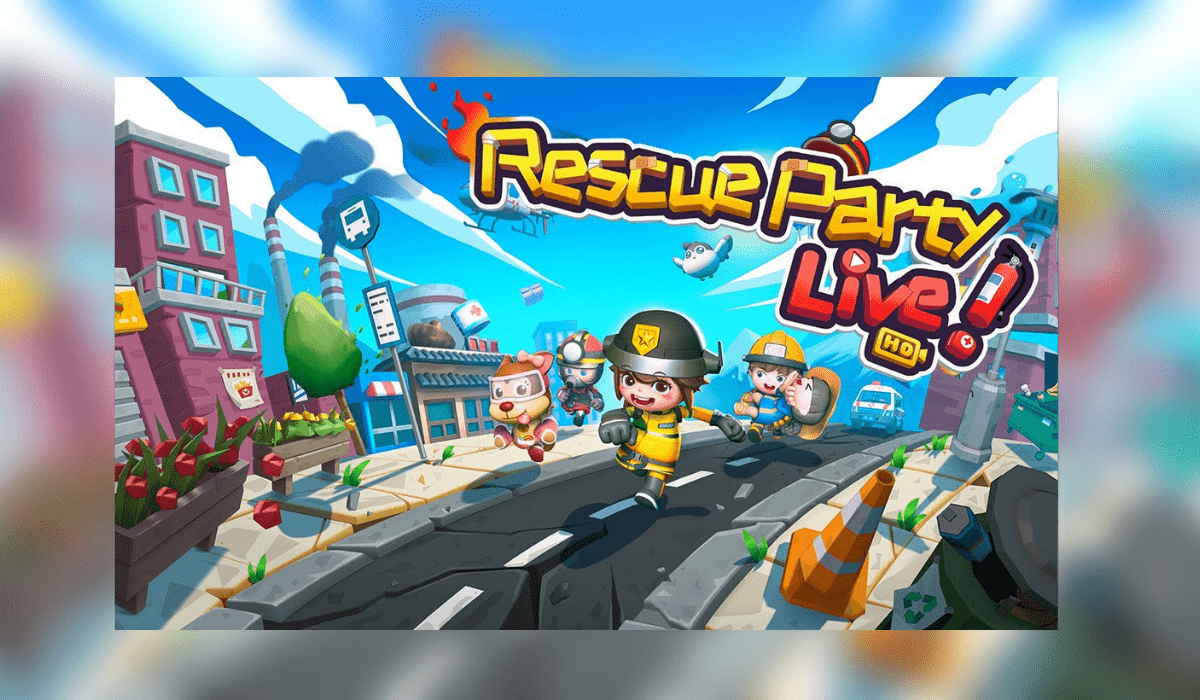 Rescue Party: Live! is a sim game from Scottish based developer Tag Studios (Pocket Mortys, Prison Architect Mobile) in partnership with publisher 505 Games. Thrown into the deep end as a firefighter on your first day as various disasters occur. You and your team travel across the city to help the numerous citizens in danger. Whether solo or local and online coop work to complete tasks, very much like Overcooked but instead of cooking meals you are evacuating people.

You can play Rescue Party: Live! anytime as it is available now on Steam.

It isn’t often a game comes where up and I can step into the shoes of a firefighter, watching Fireman Sam when little likely to blame. I was excited to play Rescue Party: Live! and look forward to your thoughts. I and the TC team would appreciate hearing from you so feel free to leave a comment below.

I mentioned that Rescue Party: Live! is very much like Overcooked and that was clear from the get-go. I played it in single-player mode but is definitely much more enjoyable playing with others. Spurred into action by various disasters from fires to floods, the narrative takes you around the city and surrounding areas. I found I was interested in the characters more than I expected from the grizzled captain to the optimistic new recruit in the narrative that unfolds. Playing solo is possible, I found the switching between the 2 characters somewhat awkward, however. I feel Rescue Party: Live! was definitely made with playing co-op in mind.

Apart from being one unlucky city, the game is realistic in the types of disasters you encounter and their solutions. Medicine, bandages and splints are used to treat people which is simple enough in theory. However, rescuing people from various environments and obstacles becomes more complex as you progress. Like Overcooked, map layouts change and often shift forcing you to adjust. In Rescue Party: Live! often various tools are needed to fully access the map. I found the variety kept the game feeling fresh but at times frustrating with how much was thrown in your way.

Rescue Party: Live! makes use of a graphics style friendly for all ages and so is suitable for children. I actually thought it isn’t too different from how animated kids shows look today. As a result, the graphics settings are set in stone except for being able to change the resolution going up to ultra HD. It is very vibrant and colourful but with little interactivity. I found the game ran very smoothly though and should do so on most PCs.

The music of Rescue Party: Live! is very upbeat throughout the game and made for an enjoyable background score. It was suited to match the tone of the gameplay as when running low on the time, the music would become fast-paced and tense.  I found the environmental sounds to be well done, from fire extinguishers to the ground shaking it all felt realistic and somewhat satisfying as a result.

Rescue Party: Live! has more content than meets the eye from the handful of hours I played so far. There is of course the main campaign playable solo, local co-op and online co-op. But also there is a tournament mode for the more competitive players among us. And for the completionists, a high score on each level can earn you up to 3 stars and 18 Steam achievements to unlock. Earning in-game currency lets you unlock the various characters from the campaign to play as. Purely cosmetic but I couldn’t not play as a firefighting dog.

I enjoyed my time playing Rescue Party: Live! though I definitely recommend playing co-op. It has strong similarities to Overcooked and that same sim genre but is different enough to stand on its own. I found it is friendly for all ages in gameplay and look & sound. And with plenty of variety in maps and challenges within which kept playing from feeling stale. From playing with friends to mastering levels and unlocking trophies, there is plenty to keep you busy here. I award Rescue Party: Live! a Thumb Culture Silver Award.

If you liked this review then why not check out my preview of Noble Fates and let us know what you think.