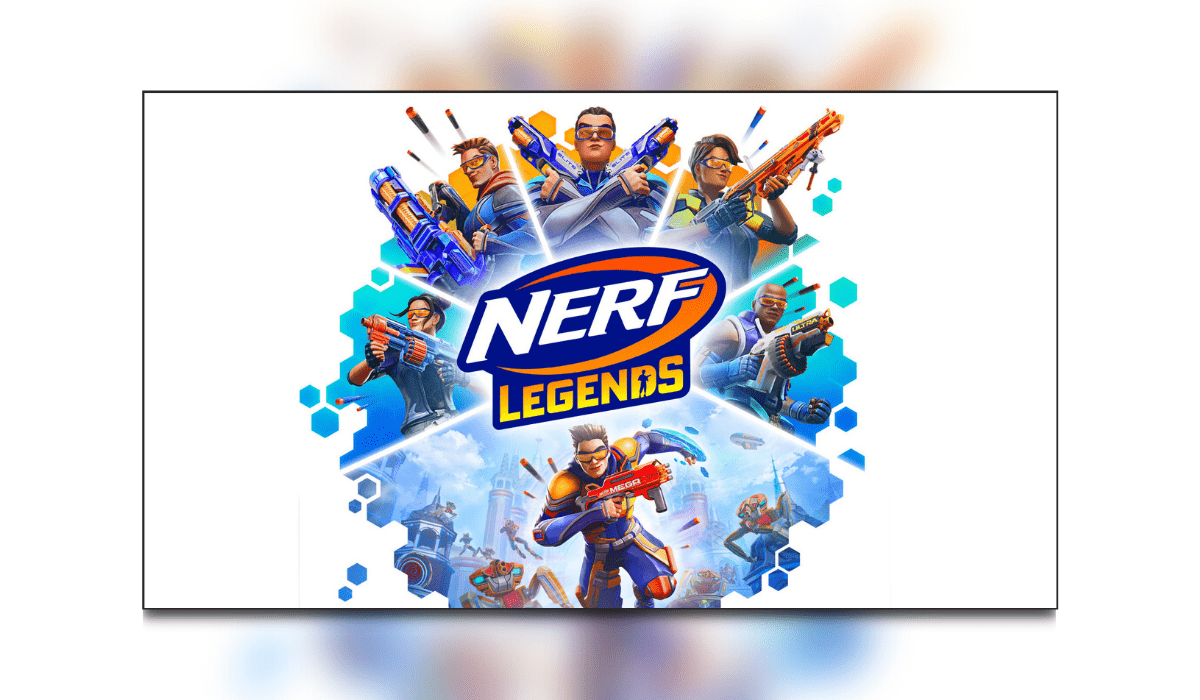 Nerf Legends by devs Fun Labs and published by GameMill Entertainment is a first-person shooter, based on the iconic Nerf range of toy weapons.

Nerf Legends – It’s Nerf Or Nothing!

Available across all consoles, was I ready to experience a futuristic Nerf rather than the sting of a foam dart between my eyes? It’s time to go to the next level on the PS5!

If you enjoy my review, be sure to track us down on social media and give us a follow!

Having four sons, Nerf has been a pretty big deal when it came to them growing up. I have an armoury of Nerf weapons in the loft at the moment where they have outgrown them however the littlest son is getting to that age where he can have a play soon. With Nerf Legends I really expected an FPS that allows you to safely run and gun your way through a battlefield without taking foam darts to the head while also having that nostalgic edge to it.

How wrong was I.

Nerf Legends has a couple of game modes. One for single-player and another for multiplayer.  The single-player gauntlet mode lets you navigate your way through a level, shooting buttons, enemy robots and turrets while collecting various dart ammo. You can choose your loadout from an array of 15 authentic Nerf guns at the start and off you go.

Gameplay-wise it really isn’t anything spectacular. The movement of your character feels clunky and tiresome while the actual firing of your guns seems very hit and miss to whether a hit registers or not. There were times that I got lost as to where I needed to go in the level. Objectives are written on the screen at the top left however you require to be sitting very close to the screen to be able to read them in comparison to the rest of the HUD.

Each of the 19 levels comprises of shooting things and working out how to get to your objective, usually through locating a trigger of some kind and then finding out what you have just opened. The 10 types of enemy are very repetitive and predictable which again sucks any fun out of the game while the 5 boss battles are interesting but only for a while.

Multiplayer was where I was really hoping for Nerf Legends to excel. At the end of the day you always play Nerf with or against your friends so maybe this was where the fun really lay. With the promise of 4v4 battles as well as 8 player free for alls, I was looking forward to this mode. Sadly this was a bit fat no once more. I have not seen one online server that I could ever join as the lobby list forever remains empty, despite the game being out.

Nerf Legends looks a little like Fortnite when it comes to graphics. Everything is colourful and attractive. The Nerf guns in the armoury are well detailed and represent their actual models you can buy from the shops.  During gameplay, I found the movement, especially the turning of my character to be far from smooth, despite trying to alter sensitivity settings. This resulted in a manifested stuttering when trying to aim or turn that made the game a chore.

The sound is a strange one. One moment you have an electronic futuristic melody playing in the background and then an electric guitar wanders in and starts giving it an 80s solo which all just sounds a little mixed up. The sound effects are ok and work in line with an FPS albeit one of a futuristic nature. The Nerf guns all sound slightly different depending on class, for example, assault, shotgun, etc.

The trailer is probably the best bit of the game.

When it comes to longevity I really struggled with this game as it felt like it was lacking something. Without multiplayer, it is just a repetitive chore. Customising the Nerf guns and avatar was fun for a while but then I had no one to show them off to.

Nerf Legends is an FPS shooter that fails to hit the target. Despite being based on the iconic foam dart firing toys it’s sad to say that this is not a title that lives up to its expectations. Without multiplayer and a relatively dull single-player experience, I am afraid that if it is “Nerf or nothing” then I choose “nothing”. Nerf Legends receives the Thumb Culture bronze award.