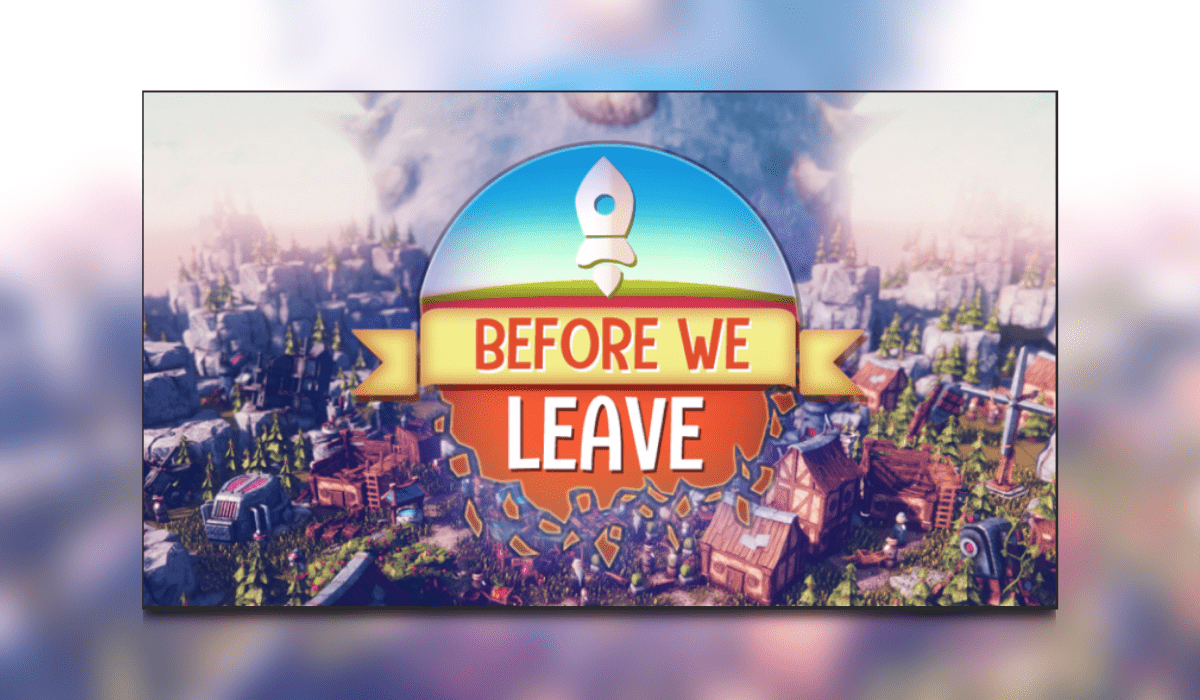 Before We Leave is a city building game set in a remote corner of the universe. Developed by Balancing Monkey Games and published by Team17, it sees you rebuild your civilisation and settle on new lands, with the goal to leave one planet and travel to the next whilst avoiding the mythical hungry Space Whales!

As a fan of the original Age of Empires games, I was keen to get stuck into this twist on the genre. Check out what I thought of Before We Leave below, and follow it up by reading some of the TC Crew’s previous Xbox game reviews here.

Before We Leave is a non-violent settle game, where you build cities on various planets across the universe, with the main goal to build successful and safe settlements for the Peeps, the in-game inhabitants of the universe.

You start off with just a few peeps and only a few buildings available (Houses, Wells, Research, Woodcutter) and set your initial Peeps to work. The more red/green/blue/purple resources you mine the more buildings and technologies you can research. The research tree is massive ranging from Elevators, that allow you climb up the rocks, to Airships and anything in-between. Each item you research gives work to your peeps, provides food/drink and effects the happiness levels of your inhabitants.

The planets are made up of a hex-grid (although there are a couple of pentagons hidden away). Along the way, you encounter all sorts of terrain. From Deserts, Grass, Rocks and Ice, all with the soothing hex-clouds drifting overhead. Only the parts of the map you have explored are visible so it’s imperative to get your explorers and research off to a good start to help broaden the horizons of your settlers.

Without the threat of being attacked by another civilisation, Before We Leave is a very relaxing place to be. Even with the game speed upped to 4x, which I did find myself doing to quickly unlock the next levels before turning back down, it is a very happy place to be.

The amount of detail that has gone into Before We Leave is quite staggering. All of the peeps are individually named, have their own personality traits and happiness levels. You need to keep an eye on all of these factors to ensure you provide them with what they need! Whether that be building new food growing and outlets, manufacturing new clothes or cleaning up the pollution. An unhappy population will lead to your downfall eventually!

Graphicly I find Before We Leave a real treat. Everything is built on the hex-plane, if you zoom in each building has its own unique details. The day/night cycle is excellent and does have you squinting in the dark to see what your people are up to. Almost like you would if you were really building a civilisation in the middle of the desert.

Audio is nothing to write home about in my opinion. Don’t get me wrong there’s a soothing soundtrack behind the building sound effects, but this isn’t what the game is about. I just put on my favourite playlist and happily built away.

Before We Leave provides endless hours of gameplay. Having to explore every inch of the planets, develop new technologies and ensure you make the most effective decisions for your civilisation are key. I quite often thought I’d sit down to a quiet 30 minutes of gameplay and 2 hours later would still be there! The ways you can potentially play the game make this possible. Do you go for the fast approach to be efficient as possible and not build every thing just to get your spaceship ready? or do you slowly build up your civilisation before eventually travelling to a different planet. Along with the fact you don’t have to worry about being attacked, really brings the joy to this game.

I absolutely loved playing Before We Leave and I would thoroughly recommend picking it up to anyone who owns Xbox Game Pass. Therefore, I award Before We Leave a Thumb Culture Platinum Award.