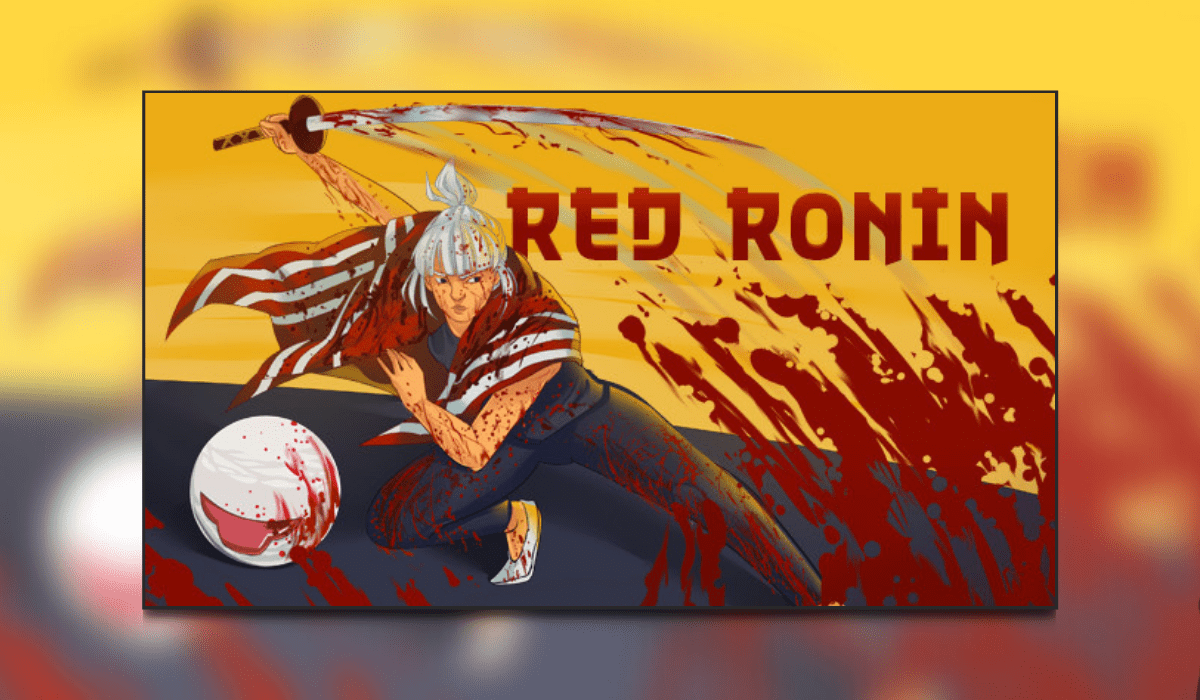 Red Ronin is a tactical turn-based slash and dash game (try saying that ten times) from Brazilian developer Thiago Oliveira and Wired Dreams Studio. Initially released on PC in 2020, the bloodthirsty Samurai is back! Catch her if you can on PlayStation, Xbox One/Series X, and Nintendo Switch.

I’m reviewing Red Ronin on Nintendo Switch, mainly handheld, which feels like a great match for a game that lets you dip in and out with ease. With its bloody pixel art and brutal challenges, Red Ronin has major Hotline Miami vibes. If you’ve yet to play the Hotline series, you can check out our review of the cult collection here. If you’re excited to give Red Ronin a spin, give us a shout in the comments below. Played the original PC version? Let us know how you think it compares.

Set in 2040 in a Cyberpunk dystopia, you play as the titular Ronin, Red. Red is on a mission for vengeance against her old gang buddies who left her to rot in a prison cell after a job went wrong. On the wall of her apartment is a kill-list with the faces of those who betrayed her. Armed with floating robot Isaac at her side, Red sets out in search of Chatty, an 80s-chic gangster rocking shutter shades that would make Kanye jealous. After confronting Chatty, Red discovers a memory chip stashed away in his hideout that shows what really went down the night they got busted.

Your mission is simple. You make your way through four different environments, clearing each room of the bad guys and making it safely across to the next room. Movement is tile-based – you dash up, down, left, and right (think ice puzzles) until you hit an object or a wall. Sounds simple right? But the turn-based mechanic adds a tactical element to the game. If an enemy is in your direct line of sight, you can slash right through their sorry ass, but get too close and you’re toast.

It’s like a game of chess but with flying limbs. I mean that in the best possible way. Each room is a satisfying puzzle to be solved by plotting the best course to safety.

Moving and slashing feels fantastic. You feel the momentum of Red’s blade cutting down opponents and the fluidity of her footwork. When you line up a couple of baddies, your blade sparkles and swishes just before you beat them all down. It’s all very stylish. Measuring your success is a scoring system that rewards you bonus points for kill-streaks or quick runs.

The puzzles in Red Ronin are immensely satisfying to solve. The difficulty ramps up as you progress, but it never feels like it’s punishing you. As you make your way through the various hideouts, you pick up a couple of neat little power-ups. Collect the Time-Freeze power-up and with a tap of the Y button,  you freeze all enemies for one turn. Direction Change lets you place an arrow across your path to change your direction of travel. Both are incredibly useful for getting out of a sticky situation. But it also means you can be creative in your strategy. I spoke with Red Ronin developer, Thiago Oliveira who said:

“The idea here was to get rooms with multiple solutions and let the player express [themselves] via the items, looking for A solution, not THE solution.”

The level design is flawless and consistent throughout the game. As you become more confident, you start experimenting with different combinations of power-ups and chaining them for some massive kill streaks. Each chapter iterates on the last, adding a new element (such as a Brute enemy which takes two slashes to kill) which keeps the game constantly fresh.

The same thing can’t be said of the story, though. Poorly translated dialogue and broken English confuses the simple revenge story. While I get that this is a game where the gameplay does the talking, it does detract a little from the overall experience.

Who doesn’t love 8-bit entrails? While not being the most polished pixel art I’ve seen, Red Ronin is super-stylish where it matters with blood splatters and sparkling blades galore. When you eventually nail each boss fight, the room disappears, cutting to the silhouette of your final blow. Using the Time-Freeze power up

The music in Red Ronin is reminiscent of retro fighting games with a Cyberpunk Synthwave twist. The soundtrack does a decent enough job of getting pumping you up but it can become a little repetitive. Sound effects are really where it shines; the swish of your blade makes a satisfying squelch as it hits flesh. Subtle atmospheric sounds are used sparingly but effectively, like the patter of rain on rooftops. Bladerunner vibes, anyone?

Red Ronin has great replayability value. The scoring system gives you a rank (ranging from A – E) after each chapter based on the number of kill streaks, deaths, and time taken to complete.  After getting a grip of the basics, I dipped in and out of previous chapters to try and better my score. Playing handheld on the Switch means you can pick up and polish off a quick level or two on your lunch break.  However, you can’t go back and retry chapters once you’ve finished the end-game. Instead, you have to start a new game that frustratingly deletes your old save file.

Red Ronin is a fun, addictive strategy game with great level design that constantly evolves to keep the game fresh. The power-up mechanics allow you to be creative with your strategy although some of the later levels do feel restrictive. A lack of story polish does hold it back a little but ultimately Red lets her blade do the talking. If you’re into fast-paced puzzles with a smattering of blood and guts, I’ve no doubt you’ll be dashing out to buy Red Ronin.

I give Red Ronin the Thumb Culture Bronze Award. 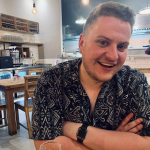