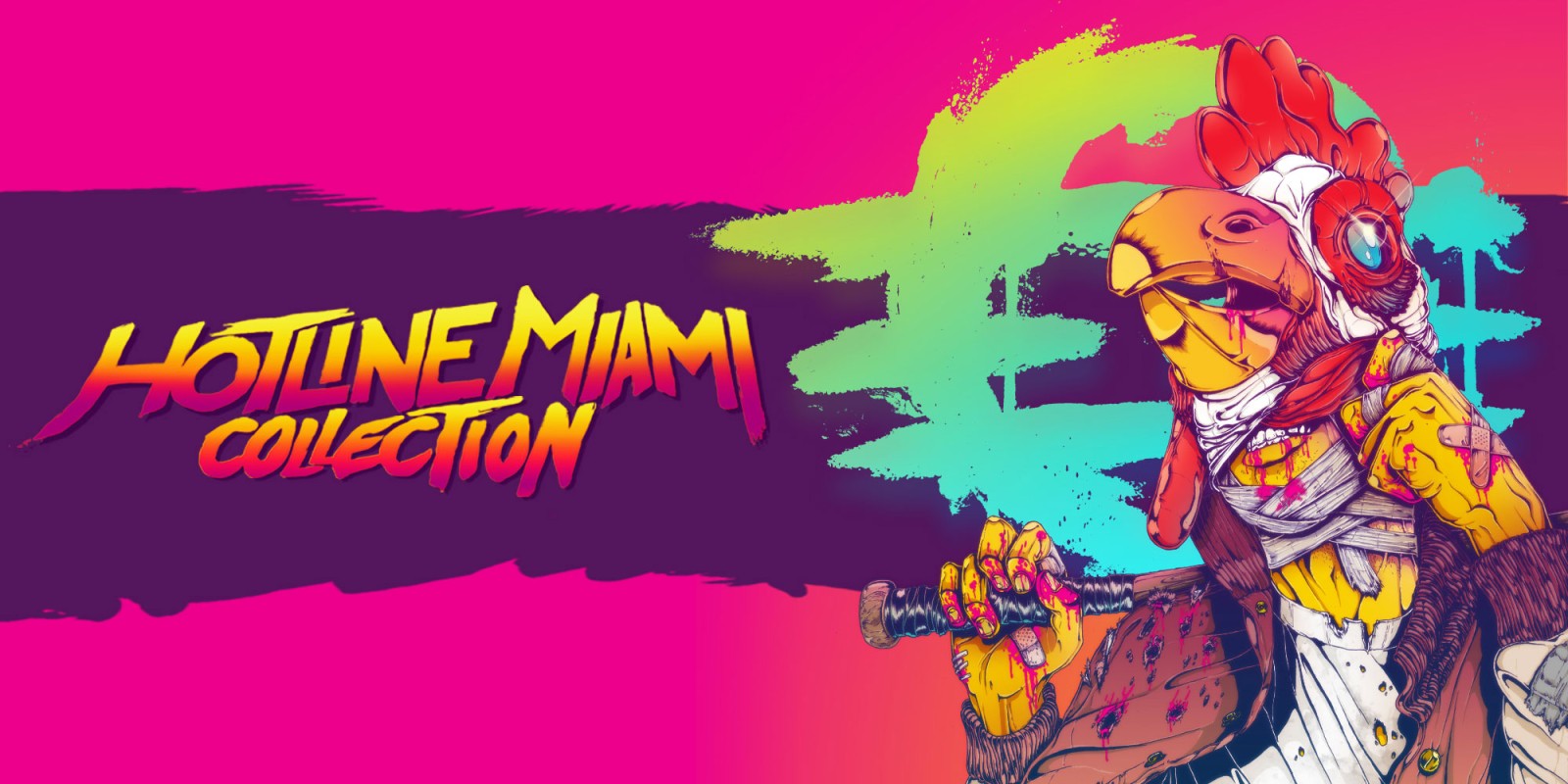 Hotline Miami is a top-down shooter game developed by Dennaton Games & published by Devolver Digital. The game was originally released back in October 2012 on PC, but was released on August 19th on the Nintendo Switch as the Hotline Miami Collection, which includes the sequel Hotline Miami 2: Wrong Number.

The premise of Hotline Miami is set in 1989, where you take control of a hitman named “Jacket” where you walk about in his apartment, but receive an answerphone message every day offering “Jacket” to do various jobs, aka go out and kill lots of Russian Mafia.

Hotline Miami 2: Wrong Number which originally came out in March 2015 takes place before and after the events of the former, and focuses on the backstory and aftermath of the hitman, “Jacket”.

Both games contain extreme violence, a compelling soundtrack and Hotline Miami received critical acclaim which made it evolve into a cult video game.

Let’s see how both games played on the Nintendo Switch and if it still stands the test of time!! 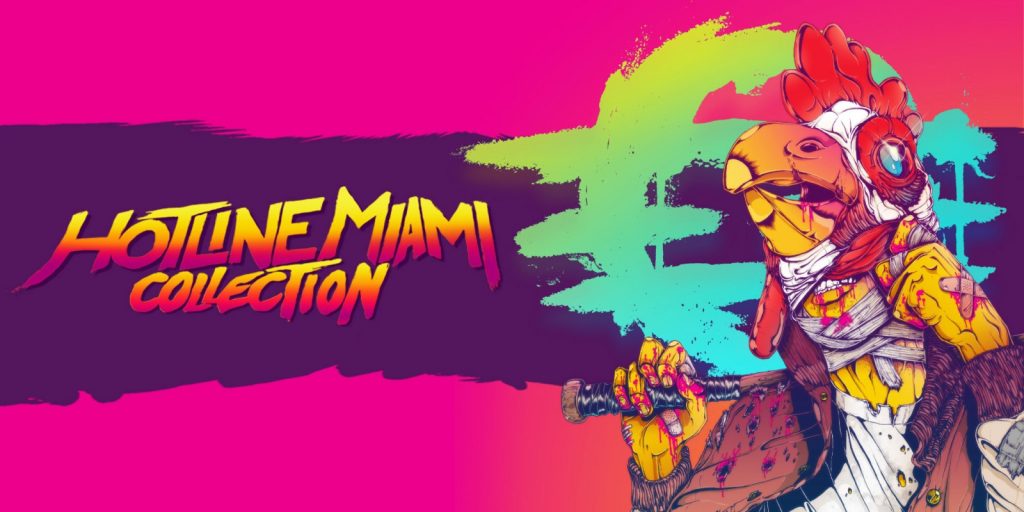 Now I am not gonna lie to you, I have never played a Hotline Miami game EVER. I do though have it on my steam account so I must have picked it up at some point, maybe in a humble bundle deal or something, but all I have heard is great things about the game and I knew I wanted to pick it up at some point down the road. When the opportunity was there to review the Hotline Miami Collection on the switch, I didn’t think twice.

Let’s say straight off the bat that both games are difficult, both “Jacket” the protagonist and the Russian Mafia can be killed in just a single shot, so stealth plays a huge part in these games. Your aim in the game is simple, kill everyone by any means necessary and of course don’t die, obviously. Once all the enemies are killed, the mission is complete.

You can during your missions, however, choose to not use guns but instead use knives, baseball bats and beer cans etc. An obvious bonus to this is that the enemies won’t be able to hear you, so you can sneak around the levels & make silent kills as another way of helping you complete the mission. Or if stealth isn’t your thing, you can go hell for leather and attack everything on site, but of course, remember not to get hit.

Another helpful tactic is you can change your animal mask at the start of your missions, which grants a wide variety of effects – like making attack dogs friendly.

Hotline Miami has a total of 20 chapters and Hotline Miami 2: Wrong Number with 27. After each chapter/scene is complete you are given a performance-based “grade” (e.g B+) which is based on your actions during that level. These actions are calculated by your kills, your combos, the weapons you use & how quickly you complete the mission etc.

It should take you roughly 4-5 hours to complete all of Hotline Miami’s chapters and 7-8 hours to finish Hotline Miami 2: Wrong Number. 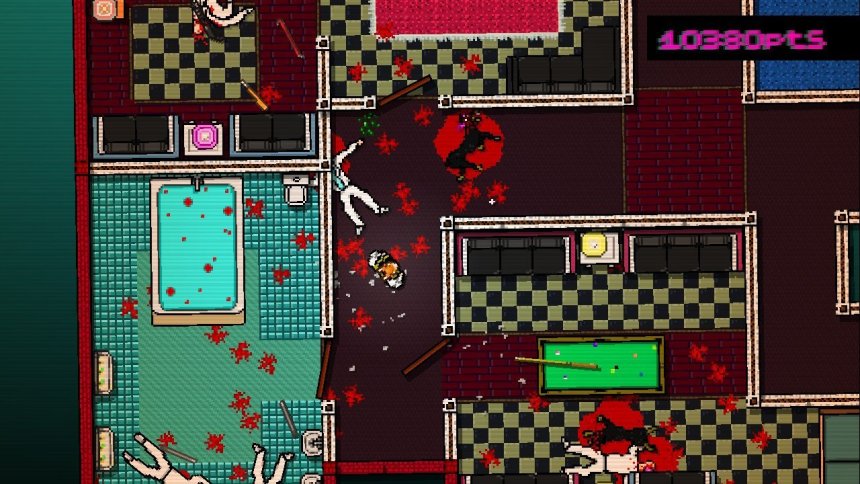 The graphics for Hotline Miami Collection are of an old school 90s game and I love the retro look to it. The pixelated design of the game transports me back when I was playing games as a child (early 90s) on the classic Sega Mega Drive, and this gives me lots of pleasure and great memories. The pixels are nicely coloured in the game and it’s not hard to see where the trail of blood is from all the bodies during the levels. 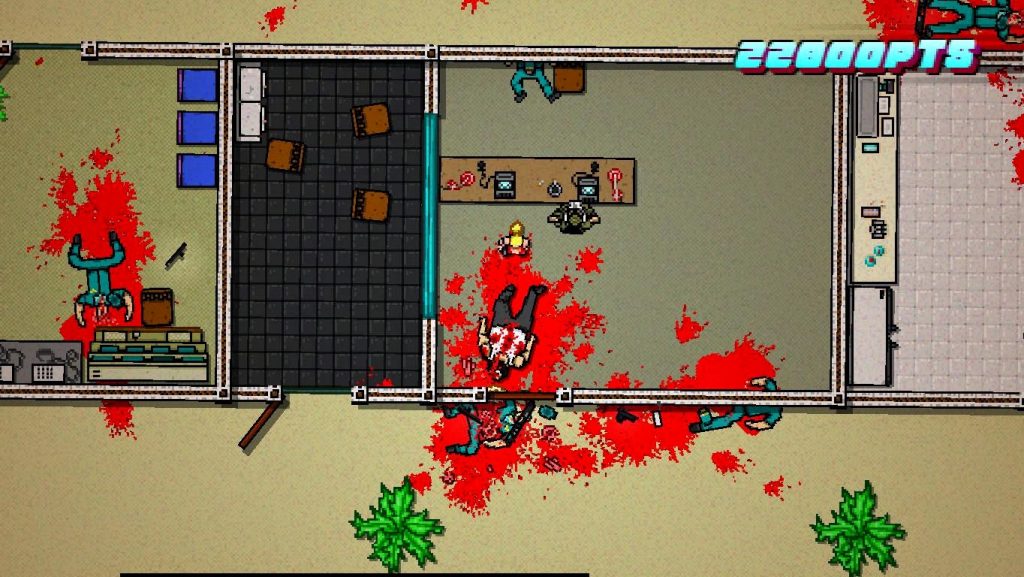 I was really impressed with the soundtrack in Hotline Miami Collection. The techno beats suited both games to a T, and I didn’t find it annoyed me when replaying levels after constantly getting killed. The sounds of the weapons are very distinctive too and by using any type of gun, especially the shotgun, the loud bang draws the attention of the enemies directly to your whereabouts, so be on your best guard. The audio nicely represents the mood throughout the game, and when the music suddenly STOPS!…..you know you can breathe a sigh of relief as you have killed the last remaining enemy on the level. 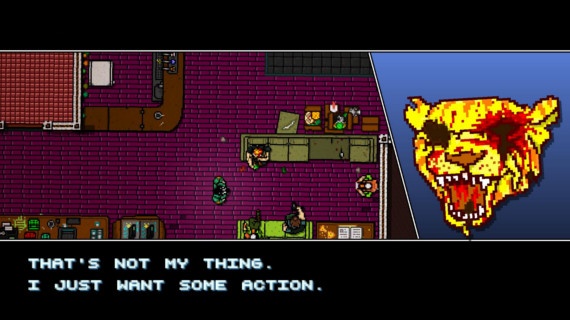 After completing both games in Hotline Miami Collection, I would say it’s definitely a great game to go back to at any time as its very fun and challenging. It’s a game where you can quickly get into the action, even if you only have a spare 20 mins to jump in. In my opinion, these are especially needed in this day of age. There are no other difficulty options to choose so this is something that you can’t extend to but another reason to replay levels is by increasing your grading rating which can be tricky. 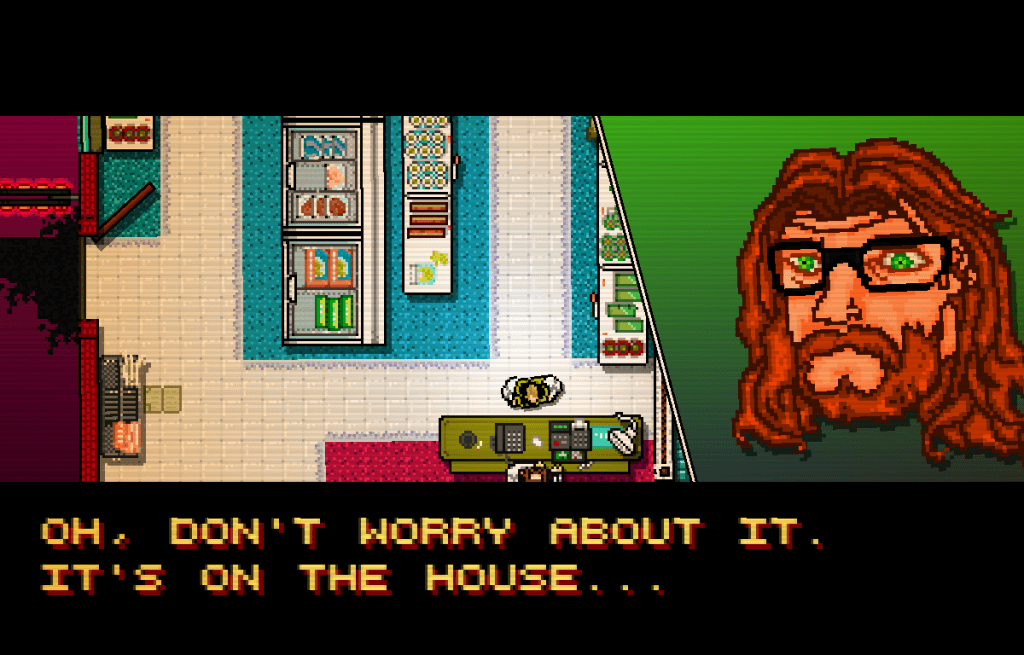 So what did you think of the Hotline Miami Collection on the Switch Callum?

I must say, I thoroughly enjoyed my time with the Hotline Miami Collection, I can now say I am a big fan and will easily be replaying this for some time. I think the Hotline Miami Collection really suits being on the switch and am a bit surprised it hasn’t come out sooner. I am already looking forward to playing it this weekend and to re-step back into the shoes of “Jacket”…wish me luck.

All that said I will be easily giving the Hotline Miami Collection a Thumb Culture Platinum Award.