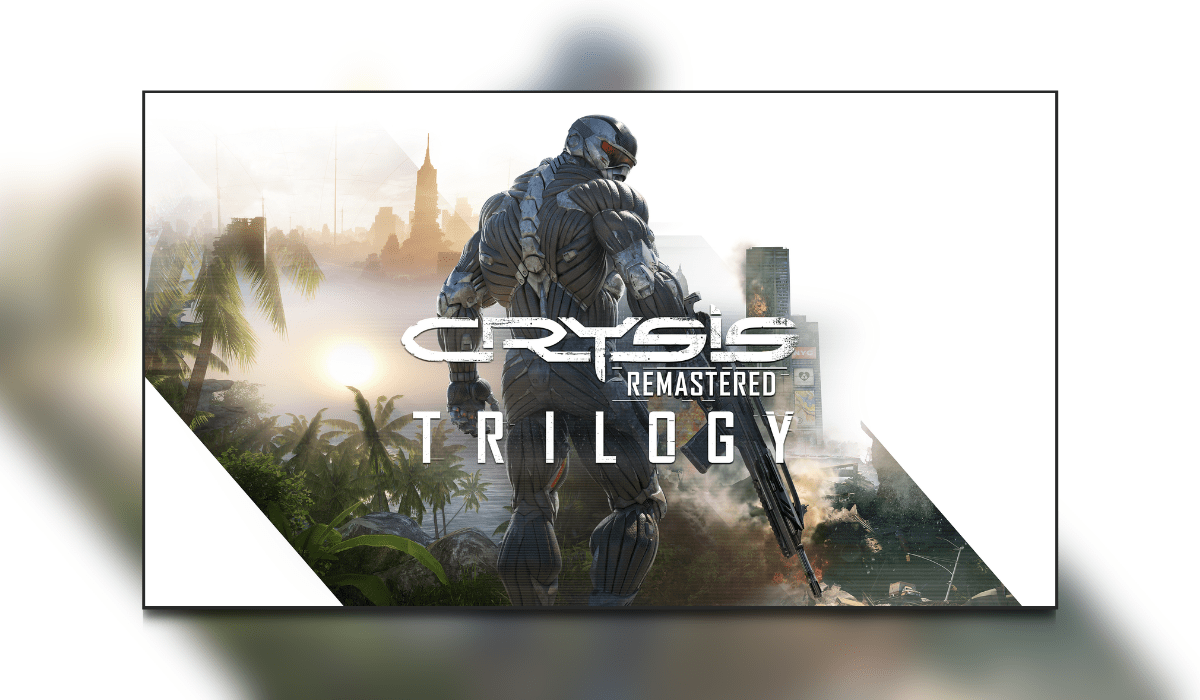 We are swimming in a sea of remasters at the minute. Everywhere you look there is something getting the treatment. Are we just pining to stay in the past? We are also spoilt for choice with first-person shooters, with Call of Duty and Battlefield leading the charge. So we have to ask ourselves, do we need another remastered first-person shooter? Well in terms of Crysis, yes, I believe we do. Crysis: Remastered was available on its own last year, but now we have all three games in the Crysis Remastered Trilogy.

Crysis Remastered Trilogy – But Can It Run Crys… Oh, Forget It!

When Crysis first came out in 2007, a lot of people didn’t get to play it for fear of their PCs bursting into flames and melting into a miserable pile of circuit boards. This may be the opportunity that people never had to play it for the first time along with its sequels. There are certainly no qualms now as to whether a system can ‘run Crysis‘.

The whole trilogy was available on Xbox 360 and PlayStation 3, and it is the latter that the remasters are based on. Crysis: Remastered Trilogy is published by Crytek and remastered by Sabre Interactive (World War Z, Mudrunner, Snowrunner). Sabre recently remastered Ghostbusters: The Video Game and are currently working on the port for The Witcher III: Wild Hunt. Crysis Remastered Trilogy was released on October 15th, 2021 on PlayStation 4, Xbox One, Nintendo Switch, and PC. It’s worth noting that all three games are also available separately. I played it on the PlayStation 5 via backward compatibility, so let’s see if it still holds up today.

Firstly I just need to say how refreshing it is to have a collection of games that are a single-player campaign only. Over the last ten years, there has been a real paradigm shift as to how developers want you to play their FPS games. Such a huge focus is placed on online multiplayer, that a good story seems to be all but forgotten about.

The game starts in the year 2020 with what seems like a routine operation to deal with some North Koreans in the Philippines. It’s not long before you notice reverberations of the movie Predator when you see corpses swinging from the trees and you realise it’s not only humans you are fighting.

Crysis 2 is set in 2023 and follows on from the previous game quite nicely. Again it stinks of Predator 2, as it moves to the big city, but it’s New York instead of Los Angeles. Then we have Crysis 3 set 20 years after that, which is my favourite campaign of all three of them. Not only does the gameplay feel better, but the story feels a bit more imposing and is a great way to round off the series.

It does vex me a little as to why Crysis: Warhead wasn’t included. This was a standalone PC expansion that tells the story of the first game, but through the eyes of one of my favourite characters, Psycho. It would have been a great addition for console players who maybe have not even heard of it before.

The trilogy is your typical FPS affair with setpiece-to-setpiece gameplay. Some do it better than others though. Crysis is lacking the polish it needs to be more in line with current games. Crysis 2 did it better but Crysis 3 hits the sweet spot. The first game is a bit more of a sandbox-style while the sequels are more linear.

Each of the games tells a pretty good story about the Ceph invasion and the more you play, the more you know. Not to spoil anything but as the plot unfolds, you uncover some pretty interesting things about the Ceph technology and the faction known as C.E.L.L. One thing that remains constant throughout all three games is the Nanosuit.

The Nanosuit is a symbiotic combat armour that has been reverse-engineered from Ceph technology. It’s almost like an exoskeleton as an extension of your fleshy self. It’s made from Nano-fibres and is designed as artificial muscle making the wearer effectively a supersoldier while it offers extreme strength and physical performance.

Its primary functions come in the form of four modes; Armour, Strength, Speed, and Cloak. Strength Mode is your passive mode and requires no energy to use. The other three will deplete your energy over time until it recharges again. They basically do what they say on the tin. Armour will harden the suit material, Speed will make you sprint and Cloak with refract light around you rendering you almost invisible but if you fire your gun or melee an enemy, your energy is instantly drained. These offer a range of tactical advantages such as all-out assault or stealth. Nanovision is another allusion to Predator with it being able to identify heat signatures.

It also comes with a handy visor that allows you to survey the battlefield. Even better in the Nanosuit 2.0 is that the visor will allow you to hack turrets to turn on the C.E.L.L. agents. It will highlight points of interest such as ammo and weapons as well as points of a tactical approach such where to flank or where a safe stealth route is situated. The Nanosuit is upgradable to include things such as proximity alarms, things to speed up your Nano-recharge, and many more.

All of these aspects make this trilogy a pretty good series, even if Crysis is showing its age. I do feel a bit cheated that the controls weren’t brought up to today’s standards, but maybe it has just been left for authenticity. The story was great with some scripted set pieces that really heighten the action at times.

There are weapons aplenty and all can be modified with attachments throughout the game and secondary shots can be activated at the push of a button. An assault rifle doubling up as a light shotgun is a win-win for me.

Again, the gameplay did improve with subtle additions we got further into the games. It wasn’t without its niggles though. I had one particular issue in Crysis 2. There was one gun, the Scarab. It would function normally but all of a sudden you wouldn’t be able to aim down the sights anymore. And you couldn’t fix it either. However, if you pick up the gun later, it was fine again. I don’t know if it was an issue in the previous game, but it sure is annoying. It’s one of my favourite guns…when it works.

It was all about the graphics for these games back in the day, and the remasters do it a great service. The first game has aged the worst but it still looks really good. It even offers ray tracing within the options just to make those reflections even better. But graphically, it’s all about the sequels for me. Those two really shone. The cinematics looks like they could have been a late release on the PlayStation 4. There were some finer details that could have been improved with a little remodeling but nothing to detract from the overall experience.

The overall sound has seen some improvements as well. Though the dialogue was well written, its delivery in the first two games wasn’t brilliant. But the voice acting in Crysis 3 was fantastic. I will never tire of Pyscho swearing his way through the campaign in true cockney fashion.

We can’t talk about audio without mentioning the incredible score for each of the games. Crysis was composed by Inon Zur who has worked on Dragon Age, Prince of Persia, and the Fallout series. The second game was composed by the legend himself Hans Zimmer whose experience with scoring video games is limited but he did compose the main theme for Call of Duty: Modern Warfare 2. The last game enlisted Borislav Slavov who also worked on Crysis 2 as well as Ryse: Son of Rome and Divinity: Original Sin II.

All the music is composed in such a way that it feels scripted to match the action on screen. I know a lot of games do this and do it well, but all three guys here did an exceptional job. There were even hints of The Terminator 2 (when the T-1000 is chasing, that slow repetitive intermittent and stalkerish drone) when I was in an industrial section in Crysis 2.

To finish the entire trilogy you will be looking at about 30 hours on a normal playthrough. With no multiplayer, there is no real incentive to go back. If you are a trophy hunter, however, each game has its own trophy list and platinum trophy. You will have to complete the game on the hardest difficulty. You can make this easier on yourself by completing a lower difficulty first as your Nanosuit upgrades will carry over.

Despite the odd flaw here and there, Crysis Remastered Trilogy remains highly playable today. The remaster treatment may look better in some places than others, but it still looks really good as a whole. What you get is three great games with a fantastic story and good gunplay, which costs less than a new game today. It’s a no-brainer and perfect for anyone who fancied Crysis in the past but missed out on it. If the whole trilogy had the same control and quality of life improvements as Crysis 3 it would have scored higher. That said, Crysis Remastered Trilogy takes home a respectful Thumb Culture Gold Award