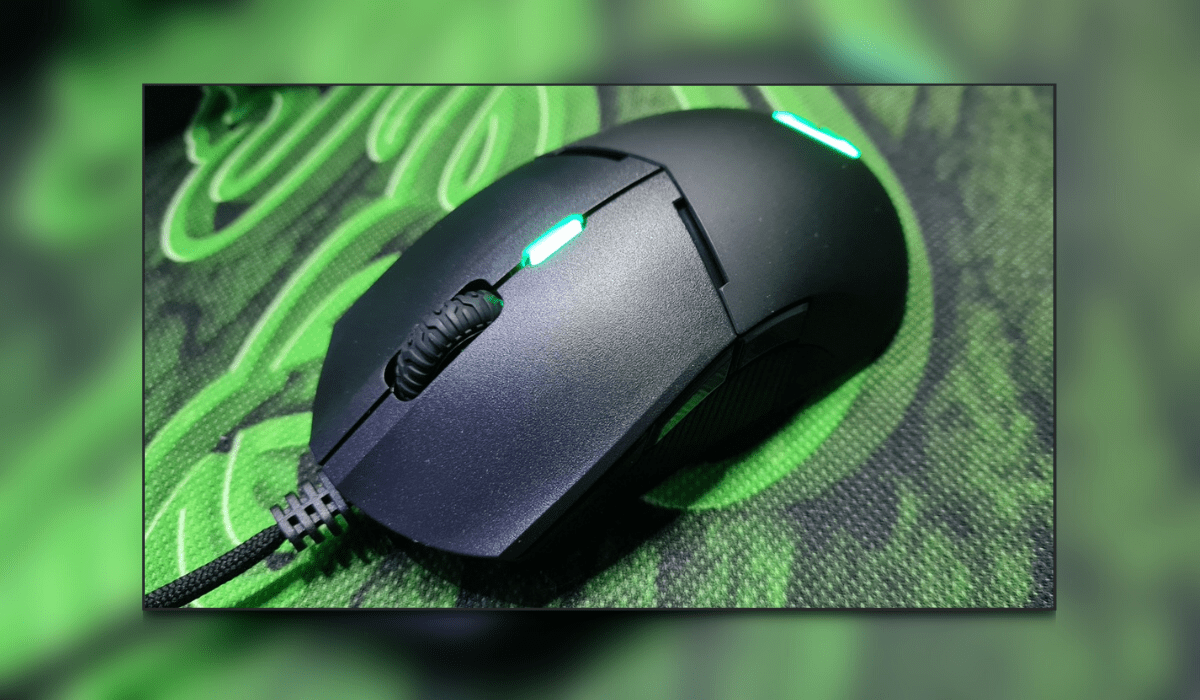 QPAD have delivered a wired alternative to their recent QPAD DX-900. This comes in the form of their QPAD DX-700, similar not only in name but it’s almost an identical mouse. I recently reviewed the QPAD DX-900 and it’s safe to say the key differences lie in whether you want to go wired or wireless.

Whilst still relatively new to the scene, QPAD has already made quite the splash. With their range of “Pro Gaming Gear”, they now have a variety of keyboards, mice, headsets, mousepads and more. I’ve had good impressions so far from their headset and mouse range.

The QPAD DX-700 comes in the same style of premium packaging that QPAD dons as a standard. One thing I like about their packaging approach is that everything feels nice and secure. As you can see below it’s effectively the same style of packaging as the wireless counterpart, though they’ve chosen a different colour box to help differentiate them on the shelves.

Beyond the packaging, the QPAD DX-700 is almost identical to the DX-900. Instead of being wireless, it’s wired by default; something the DX-900 can offer when charging via USB-C. The box itself even lists the exact same features:

These specifications are identical to the QPAD DX-900; except naturally that also boasts a wireless connection option. Of course they also both have the LED on the back, driven from the same software. The secondary LED on the QPAD DX-700 also lights up as part of this functionality. On the QPAD DX-900, this is a battery level indicator; I assume to help keep the same overall ergonomics and common parts they adopted keeping the light for aesthetics on the QPAD DX-700.

Much like its sister mouse, the QPAD DX-700 is really comfortable and feels great. The wheel, button placement and general shape in the hand are well suited to me. Of course, the QPAD DX-700 also sports an interchangeable body too so you can alter the size to suit. Also suited for left-hand users with the relevant settings being present in their custom firmware.

Once again the DPI button is underneath the mouse, something that you get used to but it still irks me when it comes to certain games. The QPAD DX-700 has to be lifted off the mouse pad and altered to account for your DPI, which means mid-game you do lose control for a moment. Also, there’s no visual indicator of the DPI, so if you’re unsure about your profiles or how the mouse will feel you may find a little back and forth occur. Beyond that, it’s the same mouse as seen in the QPAD DX-900 review. Same shape, layout and software driving it.

I’d be remiss however at this stage not to mention an issue that occurred with the QPAD DX-700. There was a strange rattle from the mouse, which led to me discovering a small screw inside. This screw appears to have no origin and without any other reports online that I’ve found of faults or problems I am happy to put this down to a strange anomaly. Likely it has fallen in from the factory, the QPAD DX-700 is still just as functional and I’ve seen no ill effects from this odd instance.

Naturally, of course, the QPAD DX-700 is a wired mouse. That means it’s USB and has a decent length lead to accommodate that. To the untrained eye, if you were to put both of the QPAD mice next to each other and wired in, you’d probably struggle to tell the difference. That’s true of both functionality and compatibility.

In my time using the mouse on my work laptop, as well as for personal use playing games, using Photoshop and general every day use I have found the performance to be consistent. It also uses the same software I mentioned in the QPAD DX-900 review. The software functions and seems to work fine, but it’s a little unintuitive when it comes to remapping and macros. Of course, there are slight differences, the QPAD DX-700 doesn’t have a low battery alert for example, nor does it need to use the 2.4GHz Wireless Pairing dongle.

I think the QPAD DX-700 is a lovely bit of kit. If I look to QPAD’s official site and look at the RRP though, I am quite surprised it’s only €10 (approximately £8.70) cheaper than the wireless equivalent. Seeing as you can use the QPAD DX-900 both wirelessly and wired, paired with the fact they use the same body and button layout, I’d personally recommend splashing out the extra to go for the more complete package.

That being said though, this is still a really nice mouse and if you have zero interest in the wireless functionality you can’t really go wrong. I’m happily scoring the QPAD DX-700 with the Thumb Culture Silver Award.

Disclaimer: The QPAD DX-700 was received in order to write this review. 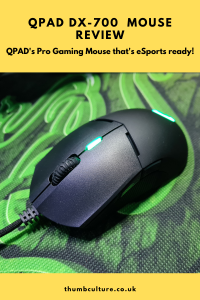