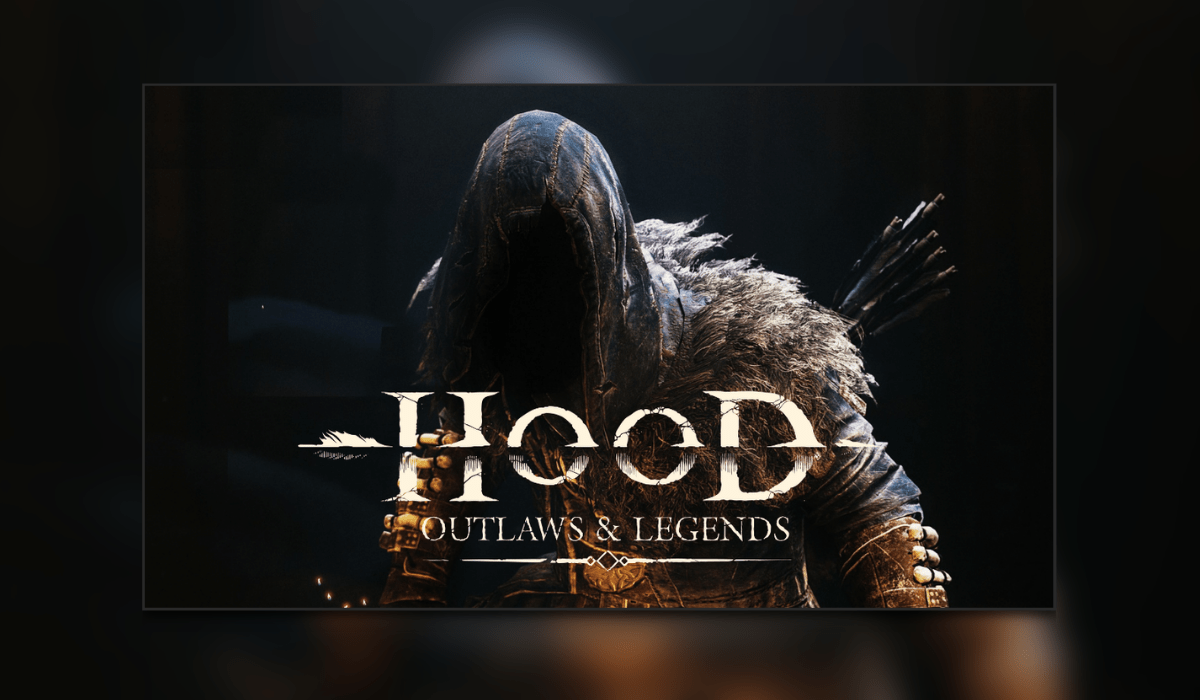 Have you ever wanted to feel the rush of being Robin Hood and taking on the Sheriff of Nottingham?  Well, wonder no more as you can in freshly released Hood: Outlaws & Legends!  Developed by Sumo Newcastle and published by Focus Home Interactive, the game is available across Playstation, Xbox and PC complete with next-gen versions and cross-play.  For the purpose of this review I have played on the PS5.

So who wants to join my band of merry men and take on the state? It’s time to steal from the rich and give to the poor!

Hood: Outlaws & Legends is an online 4 player co-op game that also features both PvP and PvE warfare.  Each match is known as a “Heist” and it begins with your team and an enemy team attempting to pickpocket the Sherrif of Nottingham for the vault key before locating the vault, stealing the treasure chest, and extracting your ill-gotten gains.

There are four character classes to choose from, each with their own unique abilities and weapons.  The Ranger, Robin Hood, allows you to snipe using your bow and arrow while The Hunter, Marianne, is more of an assassin class featuring a rapid-firing crossbow that can be devastating when timed correctly.  If you prefer a more of a close-quarters fight then there is The Brawler, John, that uses a huge sledgehammer to flatten his foes.  Finally, there is The Mystic, Tooke, who has a flail as well as magical powers to heal and stun.  Once you have selected your character for the match then it can not be changed in-game.

Using stealth and teamwork you must work together to tag, take down and ambush the enemy across a good selection of beautifully drawn strongholds.  The maps, which all feature ramps, ladders, ropes and ledges are a decent size for the number of players, ensuring that there is a lot of combat to be had.  To spice it up a bit you can also capture key points on the map to allow you and your team the option to spawn from other places once death consumes you once more.

When it comes to health and ammo, both are fairly short-lived if you are not careful.  This is certainly not a game to simply run like a headless chicken into combat each time you spawn as it does not take many hits to kill you.  Dotted around each map are places to refill arrows and to also grab equipment relevant to your class such as smoke and poison bombs.

Over time your character will charge up a special ability that can be used at a time of need. Robin for example has a flaming arrow that explodes, taking out multiple enemies in the splash zone while Marianne can go invisible for a short while.

It is worth noting that on the PS5 controller you can feel the tension in the bow as you charge up a shot as well as clash swords with the enemy.  It is good to see gaming devs making the most of the haptic feedback that is available.  Whether any of this gives players on other platforms any advantage in terms of responsiveness remains unseen.  The option can be disabled in the menu.

I did struggle a little at times during combat, especially with The Brawler class as I found it hard to time and action the light and heavy hits.  While I appreciate this will come with practice something felt a little off occasionally.  Similarly, I was a little bit amazed when I sent 3 rapid crossbow bolts to the head of a nearby enemy soldier who had his sword up to block his body.  All 3 of the bolts were deflected despite the sword not moving from guarding the chest area.

When it comes to being victorious in the game, the winners are the ones that manage to winch the stolen treasure chest to safety at a chosen point on the map.  The winching takes time to perform and this allows for multiple changes as to which team has control of the winch.  If you manage to disrupt the enemy team and take over the extraction then the progress bar carries on from where it stopped.  If you can be the team to fill the bar at the very end then you win!  This does remind me a little of playing the darkzone in The Division whereby you can do all the work only for it to be stolen from you by a waiting enemy team as the heli comes in!

Another game mechanic to throw into the mix is the undefeatable Sheriff of Nottingham.  His large armoured presence is very noticeable and one swift smack of his weapon will kill you if you get too close.  Although he can be stunned this is only temporary and should he track you down to the winch then in some cases there is no escape, so be prepared to die and respawn many many times!

Once the match has concluded you can choose whether to pocket your share of the money or to put it back into the camp via a set of scales that you can alter.  The advantage of each depends on what you are after but ultimately you do want to upgrade your camp in order to unlock new perks and weapons at your hideout.

From your hideout, you can select your character and take a look at clothing, weapon and perk stations as well as check out daily challenges and collectable progress.  There is also a training area nearby that allows you to practice with each of the characters so that you can get better used to their attacks and abilities.  How will you progress? Will you become a Legend?

I played Hood: Outlaws & Legends on a PS5 and it looked amazing.  At 15gb the PS5 version was double the size of the PS4 game however the enhanced graphics are brilliant.   With most of the maps being played in near darkness, the lighting effects are really put into play with flaming torches casting shadows across mossy stone walls and moonlight shining onto the armour of the nearby enemy.

When it comes to combat it is a gorefest in terms of blood and injury detail.  Not quite Mortal Kombat territory but smashing a skull with a sledgehammer comes close!

Similarly, the audio is full of the sound of blood splashing onto the floor and shouts from the enemy when you have been spotted or lost.  The clanking and wooshing of weaponry along with the characters’ one-liners all add to the immersion although the quips can get a little repetitive at times.  Hearing the Sherrif’s voice only serves to send chills down your spine, knowing that he is close by and after you.

Currently, there are five maps to play on, each with its own style, layout and ambush points.  There are plans via the season one road map to expand the game which will add a bit more to the fun and excitement.  That said I did find that continually playing heists in Hood: Outlaws & Legends a little bit repetitive after a while.  It is really a game of capture the flag and unfortunately one that does get a bit boring after a while.  If there were some other game modes to be had such as deathmatch, domination etc then it would probably hold you for longer.

Hood: Outlaws & Legends is an amazing looking tactical game that shows off the PS5 really well in terms of graphics and controller utilization.  While at first, the one game mode is thrilling to take part in, it does wane off fairly quickly and it does not appeal to me to buy the battle pass in its current form.  Hopefully, in the future, some more game modes will be added to it, but for now, Hood: Outlaws & Legends receives the Thumb Culture Silver Award. 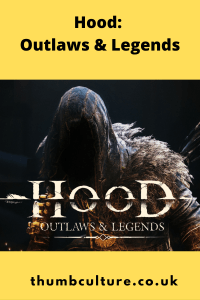