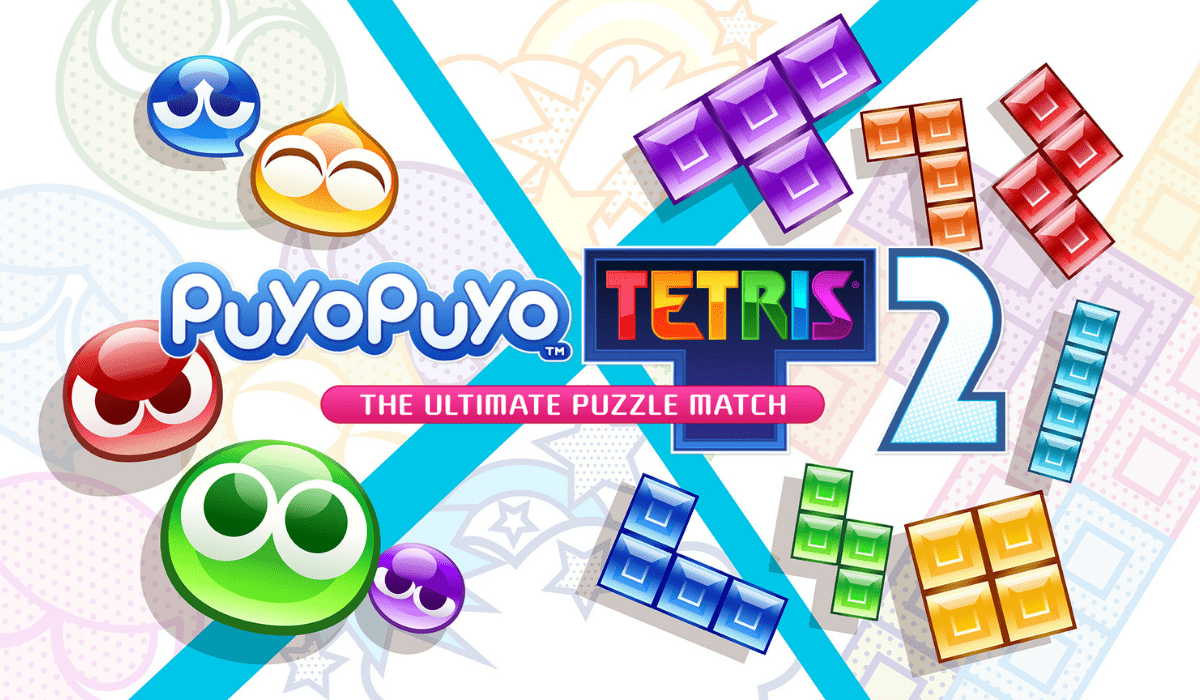 SEGA brings us Puyo Puyo Tetris 2. It is a direct sequel to Puyo Puyo Tetris (2014) and is also a puzzle game. The game was released for PS4, PS5, Xbox One, Nintendo Switch and Xbox Series S|X on 8th December 2020. Microsoft Windows date to be announced.

Join me as I delve into Puyo Puyo Tetris 2. Is this a solid match for a sequel? or should it have been left stacked on the shelves? If you enjoy this article, take a look at my previous one here. Don’t forget to leave a comment in the box below and let us know your thoughts if you’ve had a chance to play this game!

As mentioned, Puyo Puyo Tetris 2 is a direct sequel to the original Puyo Puyo Tetris from 2014. This game keeps up the humour in the story as per the first release and will keep you chuckling away to their “punny” jokes as the story builds.

Once the story has begun, the player is introduced to a few characters with more as you progress. Each character has a favoured game style, for example, Ringo is a Puyo Puyo player and Tee is a Tetris player.

Different levels bring different styles, for example, the first few levels you play Puyo Puyo against a Tetris opponent, some others are Tetris based.

There are also skill battles where you can use skills to help fill your opponents play board with Tetriminos or Puyos, depending on what your opponent is playing with. Also in skill battles, your opponent has health points that you need to bring to zero to defeat them if you can not fill their board.

One thing I did note about the story mode was there was certainly more levels where you play with Puyo Puyo than there were levels where you play Tetris as well as skill battle levels. This meant Puyo Puyo Tetris 2 got a little mundane for me until I got a little further into the story to start enjoying the game more. Just something to remember that there could have been more of these levels based on other modes. However, there are most certainly a lot of levels in the story mode.

To be honest, I didn’t dive too deep into the multi-player game modes. But what I did play was great fun and I could see fans of either series spending hours upon hours trying to topple their opponents.

Endless modes are good fun and remind me of the good old days playing  Tetris on a Nintendo Gameboy. Or even Columns 2 on the SEGA Mega Drive for hours on end trying to beat my high score.

Puyo Puyo Tetris 2 holds up really well across all platforms thanks to the chosen art style. The anime-style 2d cut scenes along with some really upbeat music keep this game feeling fresh from start to finish. Sound effects match up well to the music of the game and I can not fault these at all.

In theory, Puyo Puyo Tetris 2 can last as long as you want it to. This is with thanks to some “Endless” modes as well as a variety of multiplayer modes (two to four-player, local and online). The story mode is also pretty long, so that alone will keep you occupied for a good length of time.

As aforementioned, I think Puyo Puyo Tetris 2 could have had more Tetris gameplay in the main story. Yet this did not distract me away from enjoying the game. I did not experience any issues whilst playing and it was great fun. This game is definitely a solid match for a sequel and SEGA have earned a Thumb Culture Gold Award on this one. 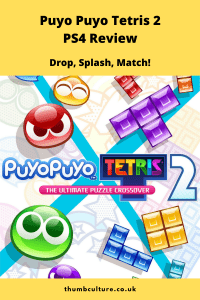