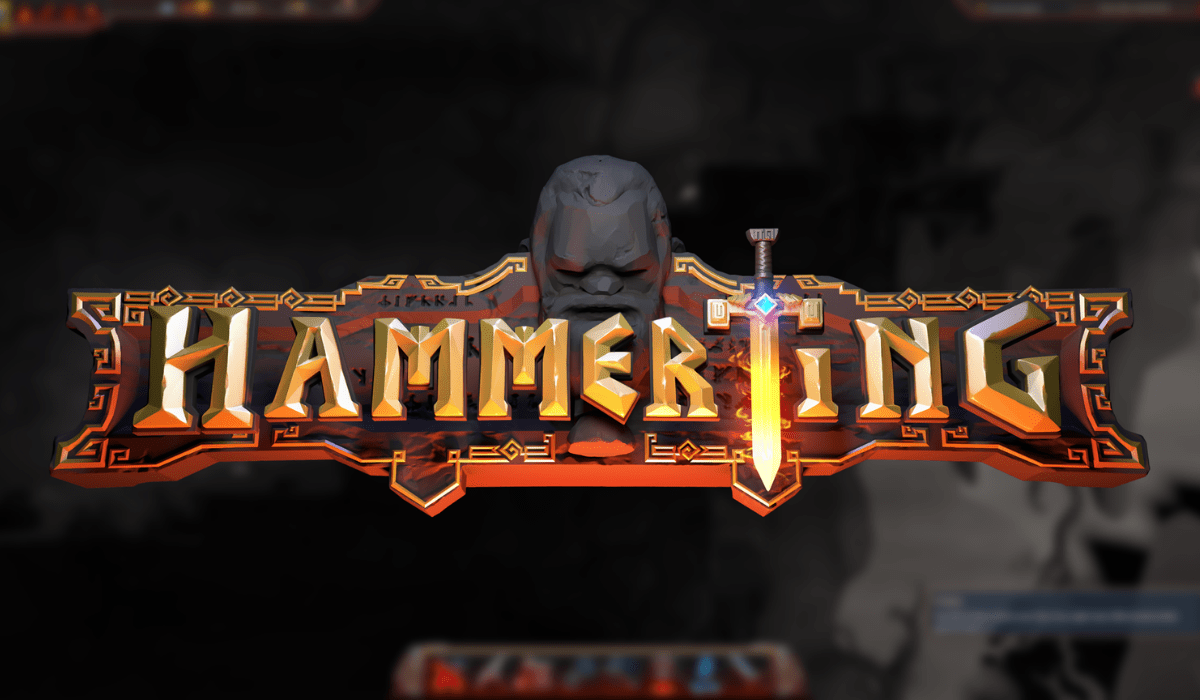 Hammerting is a vertical dwarven mining colony sim with RPG elements for PC. Manage a Dwarven mining colony in the unexplored mountains of Mara. As war rages in the Overworld, you will need to craft, explore and fight as you provide your allies with the finest weapons and gear to assist in the war against evil.

Dwarves being Dwarves, build, hack and eat in Hammerting!

Hammerting is available now on Steam Early Access for £19.99, currently rated mostly positive with 275 reviews. Hammerting is brought to us by developers Warpzone Studios and publishers Team17 Digital.

You start in a ‘living’ cave, this cave is soon to be the dwellings of your 3 starter Dwarves, there are many tutorials in Hammerting to show you the ropes, all worded very well and clearly demonstrate what you need to do for each part of that tutorial. The cave can contain biomes ranging from sandy deserts to Nordic forests or even blistering lava caves. Each biome is unique and has it’s own vision, with its own set of flora, fauna, hazards special locations and events.

I started by building a small quarry (see below picture). This is where you can get your granite chunks, which can then result in you crafting more items out of granite such as, crushed granite, a block of granite, granite pillars and granite slabs. The dwarves are awesome and can simply jump higher to mine their way into the cave walls to build your chosen structure. This is fantastic for those of you who have played similar games (Oxygen Not Included for example) where you have to build a few chunks or whatever to get your little folks higher to be able to mine higher up.

Also, each dwarf is unique. What makes a dwarf unique is how it is defined through stats, ancestry, traits, goals, desires, abilities, equipment, movement set, and more. Your dwarves can also become skilled craftspeople, a strike of the hammer on the anvil could resort in a chance to crit, resulting in a better tool. You can also gain access to new ‘knowledge’ which is your research tree. Learn more on this, you can build more structures or establish trade relations with other Mountainhomes.

As you mine deeper into the living cave, you will find that there are lots and I mean lots of things to find. To start with, I hadn’t gone far and I had a Slime attack me. Then another. Then a Slime King! Luckily they were a breeze for my almighty dwarves.

Further, into the cave, I find ores in the walls, which can be easily mined ready to smelt into bars back at the small smithy if you’ve built one. These can then be used for new tools, weapons, structures and more. I explore further to find loads of different types of cave mushrooms which can be used in a cookhouse.

As you explore further into the caves you find nastier monsters and also the environment looks kind of creepy before you’ve explored that section. It’s a greyscale fog of war effect until you build a lantern nearby to keep it colourful and lit up. There’s also a map known as the Overworld.

Wait… An Overworld? What’s that?

The overworld is the open-world map, you can use this to see the other areas, you can also gain new missions from the overworld, to help gain XP to learn more knowledge in the knowledge tree.

One thing I noticed straight away is how the developers have implemented custom mouse cursors into the game which the main one is the shape of a dwarven gauntlet, nice. Runs really well, 165fps locked maxed out in the graphic settings at 1080p, and the graphics are outstanding, colourful yet dark and dingy in the areas you’re yet to build a lantern or explore. I particularly like how there is a light behind your cursor so it follows you around, lighting the way for you.

The music is a nice, gentle score reminding me of games such as Skyrim and Fable. Sounds effects really set the atmosphere so well. Water droplets, bat noises, eerie sounds, it’s all here. Definitely not a pain to hear this games audio like some games can be.

The game has scenarios and weekly challenges. The devs are also working on more content for the game (see below image, thanks Warpzone for popping this on the Steam page) Game modding is also available and is not limited to data assets such as textures, you can script new systems in native C++ resulting in people creating whole new

Hammerting is one of those games that you can literally spend hundreds of hours playing. Exploring the caves to find new items, I love games like this. Oxygen Not Included is another “colony builder” that I have spent so many hours playing, and I keep going back to it, just like I will with Hammerting.

Hammerting is in the earlier days of early access and has a lot more to come, and I will most definitely be returning to this game to check out how Warpzone Studios are progressing through their journey with the dwarves. Because of this, I give Hammerting a silver award.

If you enjoyed this review, check out my previous article here.