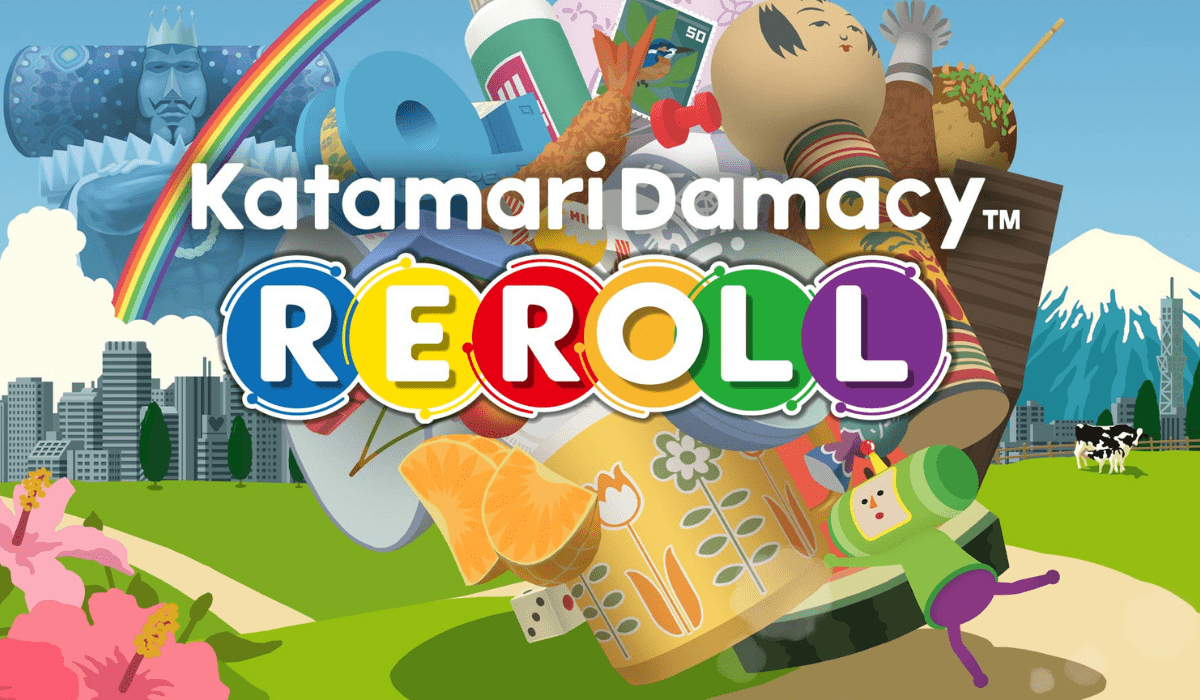 0
Katamari Damacy REROLL is an action-adventure game for the PlayStation 4, Nintendo Switch, Xbox One and PC via Steam. Developed by Monkeycraft (Little Witch Academia: Chamber of Time) and published by Bandai Namco (Dragonball Z Kakarot, Code Vein). It is a remake of the first Katamari game that originally released for Sony’s PlayStation 2 console in 2004, which then resulted in many more Katamari games and spin-offs.

Check out what I think of Katamari Damacy REROLL, I was most certainly looking forward to rolling around collecting all that clutter! If you like this article then you can check out my previous one here. As always, leave a comment in the box below to share your thoughts on this game.

As Katamari Damacy REROLL begins, the game introduces us to our character, The Prince of Ouji. The Prince is who we play as and is our silent protagonist who rolls around the giant ball of junk, the Katamari. Katamari is a Japanese word which translates to the English word, mass.

Not long after starting, we find out that we need to get our Katamari to a certain size to achieve the target for the level in a given time frame, for example, you need to get the Katamari to 10 centimetres within five minutes, or else you fail.

Progressing through brings tougher levels, requiring an even bigger Katamari than the last, with an increased timer, so balances out well. This gives the player enough time to explore the new level you’re facing to work out the best course of action to achieve that set size in the set time.

Each level has different items for you to pick up with your Katamari. Watch out though as there’s also bad objects moving around that can cause you to drop items from your Katamari, for example, snails sliding around the level aiming for you to contribute towards your failure.

Katamari Damacy REROLL is very fast-paced and you need to make sure you keep aware of your surroundings so you don’t repeat the same area as I did. This can waste valuable seconds where you could be picking up extra items for your Katamari, so keep track!

This leads me into the audio in the game. The sound effects are fantastic whilst you’re rolling, bumping and bashing your way through. There are loads of sound effects going off as you’re battling through the levels.

However, not all is as charming. I found the in-game soundtrack pretty hyper and repetitive whilst rolling around the levels collecting as many items as you can in the set time limit for the level. I guess though that’s the charm from the PS2 coming back in to play.

There are many levels on Katamari Damacy REROLL to keep you busy during your playthrough. Not only do you have to achieve a certain size for your Katamari, but there are also certain items on each level that you need to collect to earn the few final “cleanup” trophies for the platinum trophy. All in all this game is a good length of which you won’t regret.

This game was very fun to play with a great story. Give the game a chance with the control scheme and you will most definitely have fun. I enjoyed my play of Katamari Damacy REROLL and I 100% believe you will too. 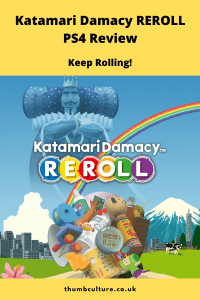