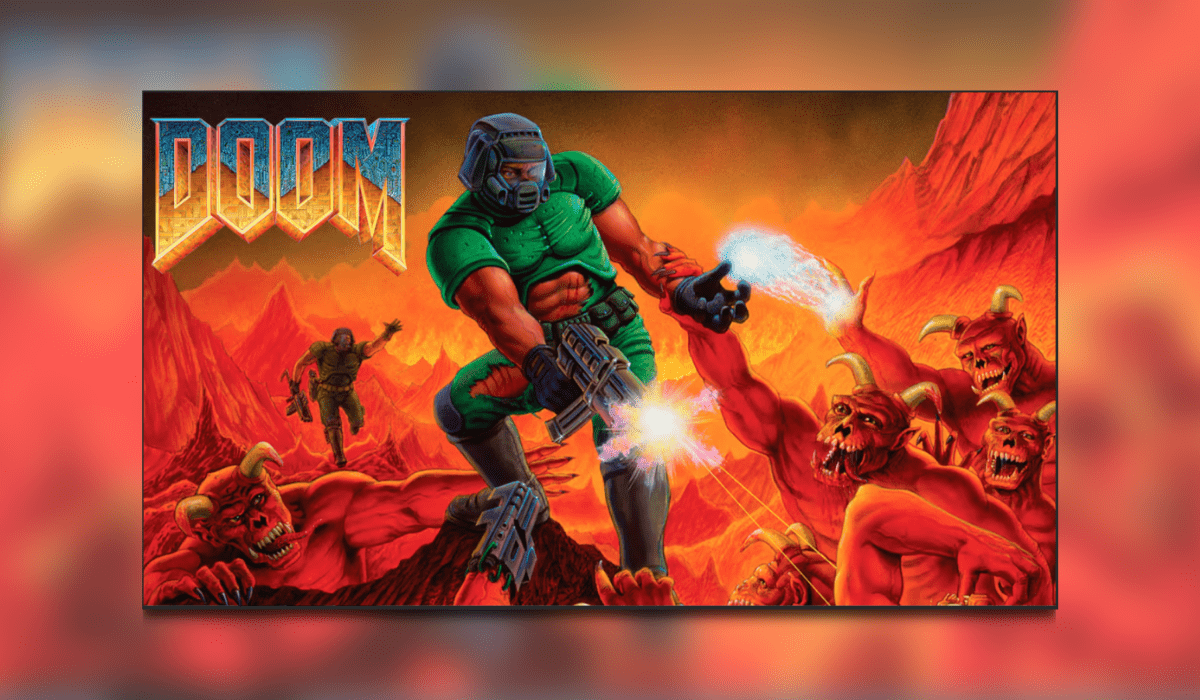 Almost 30 years ago, id Software released what is still considered one of the most defining and important games in video game history. I am of course talking about Doom.

Doom is an FPS action game developed and published by id Software and was released on December 10th, 1993. The game was originally published with only the first nine levels on MS-DOS but due to its success, the full game was later ported to Windows 95, the Sega 32X, Atari Jaguar, Super Nintendo, and then pretty much every well-known game console you can name. Not to mention ATMs, barcode scanners, and…pregnancy tests.

If you played video games in the early ’90s and you had a computer, you most definitely played Doom. This game defined a generation and set the standard for FPS shooters. It was one of the most talked-about games of the ’90s and during its heyday, it was reported that 10-20 million people had played it in the first 2 years of the game’s release. It was so successful in fact that workplaces reported employees playing the game on their computers during work time.

But no popular game comes without controversies, and boy was this a controversial one. Doom is quite a violent game and it was one of the first to receive an M rating by the ESRB. Because of its violent nature and satanic imagery, the game was poorly received by religious groups. The founder of the Killology Research Group, David Grossman, famously called the game a “mass murder simulator”. But all these claims nowadays are seen as ludicrous.

I can’t describe how excited I am to be playing Doom for this review. I haven’t played it that much but I know the layout and what to do. I’m looking forward to seeing if this game still holds up. Did it deserve all the praise it received or is it dated? If you are a fan of the Doom series and want to share your thoughts, or tell us what you think of the review, make sure to leave a comment down below. We always love to hear back. 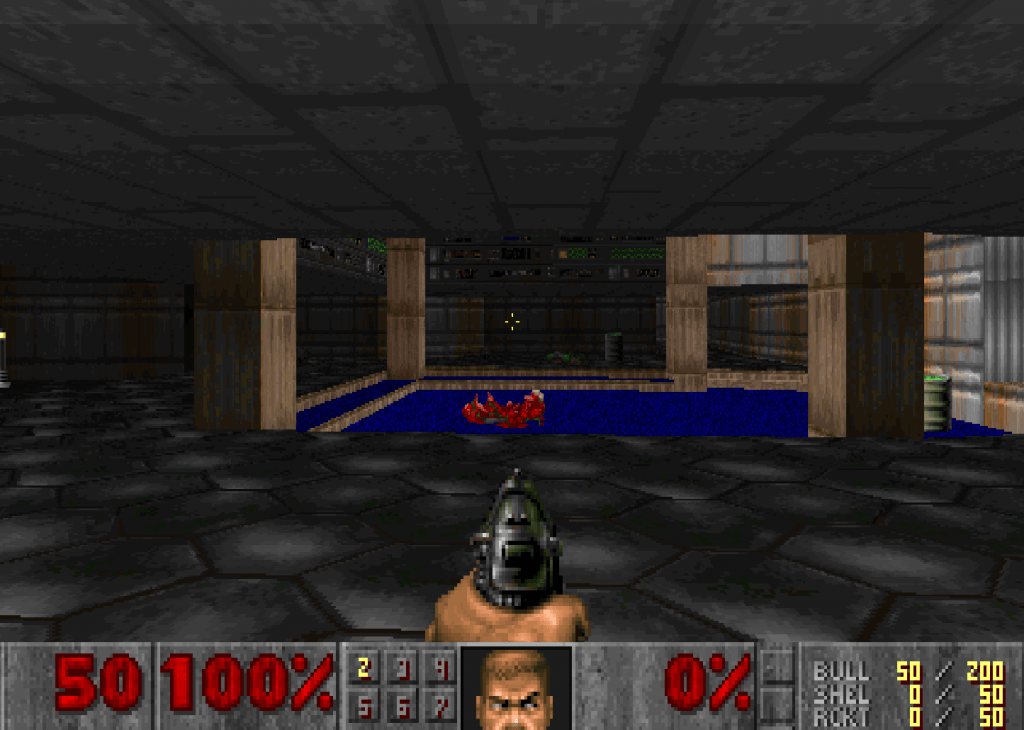 And the mayhem begins

There is very little plot to the game but you can get the gist of it as you continue playing. You play as a marine, known by fans as Doom guy, who is on Mars fighting demons. If you read the manual, the plot goes deeper by saying that the military is secretly doing teleportation experiments. Doom guy was stationed on the moon Phobos to secure it but all of his team have died. Doom guy, with no way off the moon, tries to fight his way off by eliminating the demons that were teleported on Phobos. Is that not metal or what?

Even if you haven’t played Doom, you know that the whole game consists of going around shooting demons. On the surface, it sounds boring but it really is one of the most entertaining games you can play. The goal of the game is to navigate territories on Mars and reach the checkpoint to advance to the next level. Doing this leads up to the final boss. Doom is separated into three episodes but in Ultimate Doom, a fourth episode was added. As the game continues, you will find hidden rooms which can lead to better weapons or new enemies that can kill you in an instant. And that’s another thing, not a single enemy looks alike. They start off simple but the others you come across have special abilities. Like shooting flames or resurrecting dead enemies. They’re definitely some of the most creative enemies I’ve seen.

My only gripe with the game is that it gets dark way too much. I get it, it’s supposed to be a challenge and fit the atmosphere. But there’s a difference between a challenge, and not being able to see anything. And Doom falls right on top of the latter. 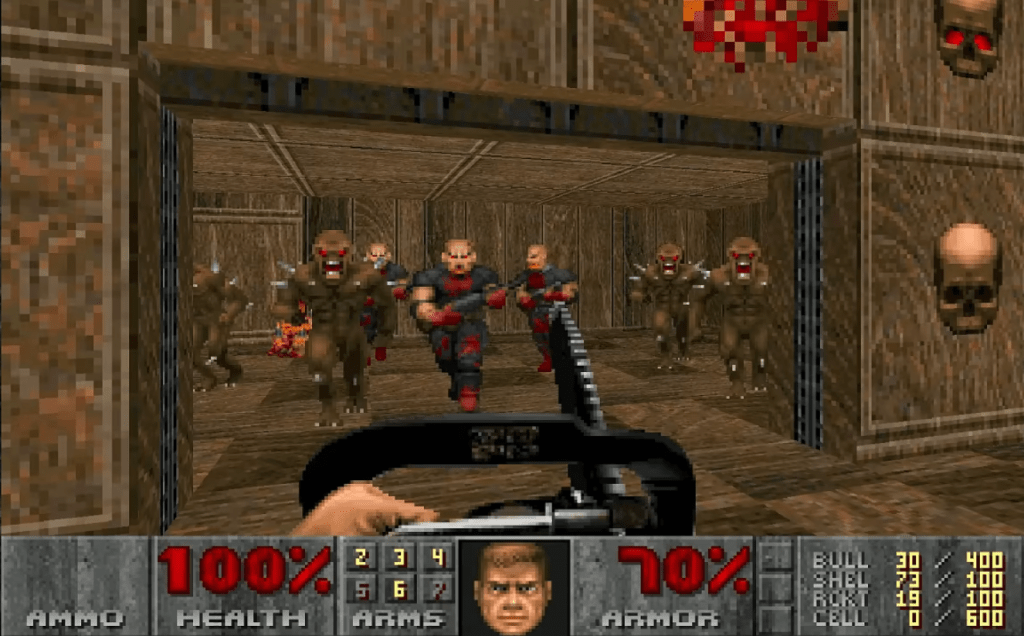 A horde of enemies descends upon you – Source: Nintendo Official Site

For a game released in 1993, the graphics don’t look that bad. It’s not fantastic but it sure does look unique.  To some, the graphics can be seen as bad but it does have a strong sense of nostalgia. That however can’t be said about the games port to 90’s consoles.

During the game’s release, Doom was always intended to be played on PC, so the graphics can’t handle the hardware limitations of the SNES, Sega 32X, and Atari Jaguar. The SNES and 32X have some of the worst ports of Doom. The graphics are garbage, the music sucks, and you don’t feel immersed. In fact, the music on the 32X version sounds nothing like it does on the original. The Atari Jaguar was able to get the graphics sort of right, but there’s one problem, there’s no music. They basically took away what made 50% of the game. Playing it just feels off.

There have been so many ports of Doom that’s it’s hard to talk about all of them, so I’ll do a quick summary. Before the Xbox 360 version of Doom was released, every console was a bad port of the game. They either included no music or terrible graphics. Or terrible graphics and horrible music.

And of course, you can’t mention Doom without mentioning the music. For a game with all this imagery of death and violence, how could it not have heavy metal music. Bobby Prince has done scores for other games such as Wolfenstein and later on, the Duke Nukem series, but it’s nowhere near as iconic as his work on Doom. Every time you hear the opening notes, it’s impossible to not love it. You can just feel the tension and atmosphere coming from those notes and it’s clear that it’s very much inspired by metal bands like Metallica and Alice in Chains. 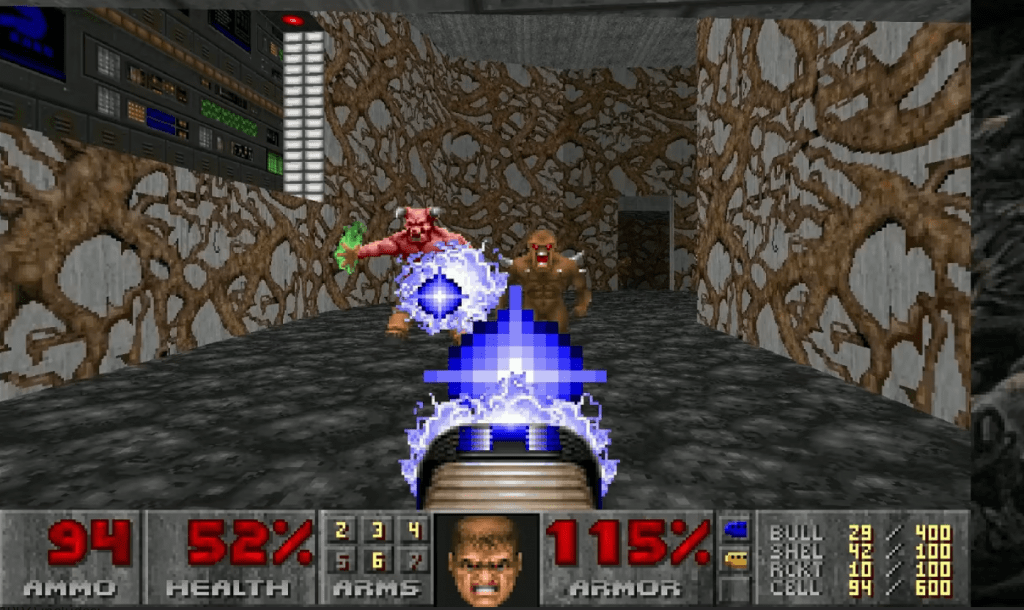 Doom is not that long of a game, you could beat it in a day if you want. And that’s including the extra level. I usually complain about games being too short but I think for something like this, it’s a good length. You can only get so far with the concept that at some point it’s going to get old. And that doesn’t mean I ever found the game boring, I was thoroughly entertained throughout. Doom still has that certain epic feel to the final level and leaves you with a sense of satisfaction 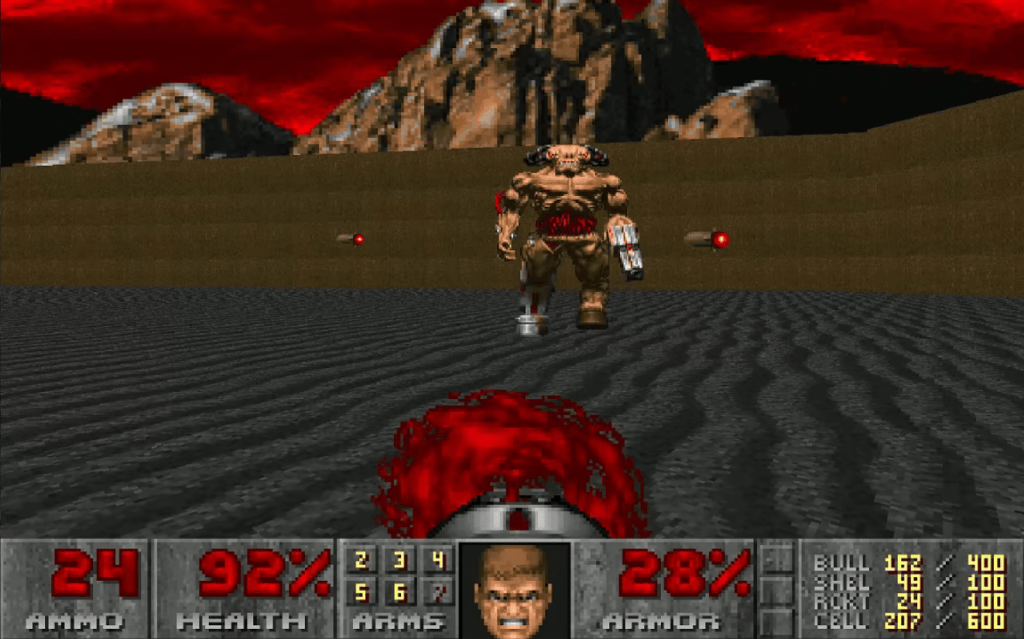 One of the coolest looking bosses – Source: Nintendo Official Website

Doom is almost a three-decade-old game and it still holds up. For some, they would rather play this over a modern-day FPS with the same plots and annoying multiplayer modes. And I don’t blame them. In today’s age, it’s not seen as the most original game but think back to when this came out. This was a landmark in video games. Wolfenstein had come before but it didn’t become as iconic as this. Pretty much the only violence you got in a video game at that time was turning on the blood code in Mortal Kombat. And it’s because of Doom that we have so many other FPS shooters, a genre that almost has a monopoly over other genres.

Playing Doom again brought back some memories. My dad first showed me this game back in the early 2000s and now playing it as an adult, it’s really fun. And it’s not something you need a big background to understand. You don’t have to watch any cut scenes to understand what’s going on, you just jump in and play. And I think that’s one of the ideas that really hooked people in.

I can go on and on about this but I think the game speaks for itself. If you haven’t played Doom or haven’t played in a really long time, I strongly recommend checking it out on Steam. I think it’s worth your money.

With that, I am giving Doom the Thumb Culture Gold Award.