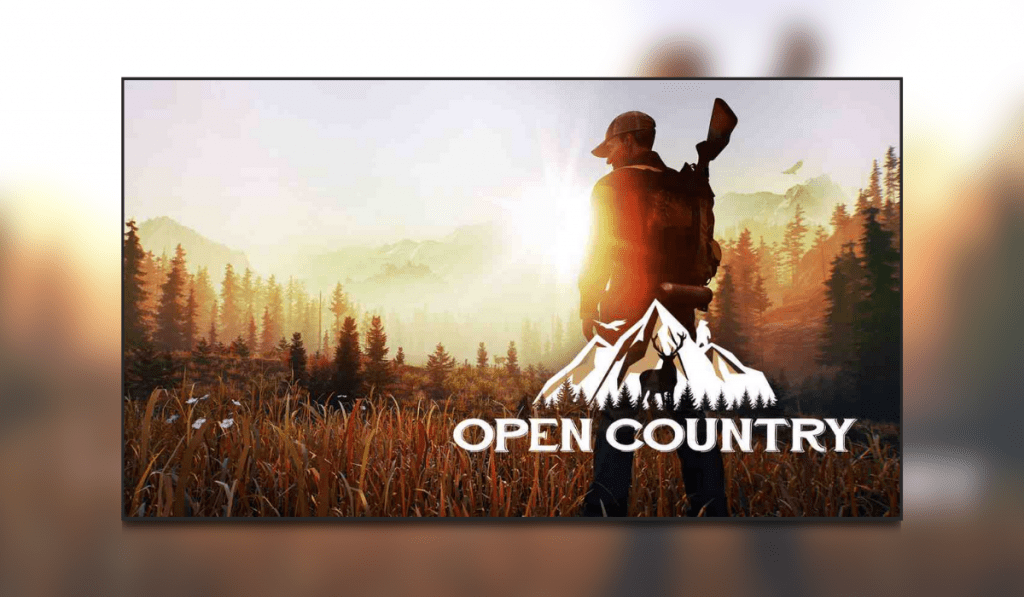 Welcome to my PlayStation review of Open Country. Open Country is a survival adventure game brought to us by developers Fun Labs (Unturned, Stranded Deep) and publishers 505 Games (Death Stranding, Control). You play as an outdoorsman who is trying his best to learn and survive in the wilderness. This game is rated as mostly negative on Steam, at the time of writing.

So what will I think of Open Country? Usually, I am a fan of these types of games, so keep reading to find out more. As always, if you enjoy this review you can check out my previous one here where I played Necromunda: Hired Gun on the Xbox Series S.

We start off our adventure on the character creation screen. This is where we can choose various options for our character such as gender, the look of our face, skin tone, hair and hair colour as well as facial hair. Once the character has been created, we’re taken to Snow Ridge Lodge that an NPC named Gary owns. Gary gives us our tasks and objectives to do whilst out in the wilderness. One thing to note that a bit later into the game I did experience a bug here and that was I couldn’t talk to Gary, so I had to reload my previous save which was an autosave from when I fast travelled to the lodge.

Gary’s first request is for us to deliver a package to an old friend of his at a nearby camp located in Mellow Hills, a scenic area that is one of the three open-world areas in Open Country. Soon enough we’re on our way to learning the ropes in this game, how to craft, build structures etc. We start off with basic tools to begin with, as well as basic structures which later on you can build bigger versions of. For example, a small campsite.

As we learn more tools and structures to make, we can build things like fishing rods, bows and arrows, axes, and more. These all provide a huge aid in your survival in the wilderness. They’ll help you hunt for food, chop down trees, break down logs, you get the idea. If you’ve played a survival game, there’s nothing really new to this one. The woodland in Open Country is pretty jam-packed with foliage, but, this doesn’t help in the graphics department. This is in more detail below.

The creation of tools and structures is a relatively simple process. As in the below screenshot, you’ll see it’s a case of collection X amount of this item and that item, then combining the two, or three together.

Upon completion of the tasks you were set to complete, you can return to Snow Ridge Lodge to speak to Gary to inform him that you have completed that job. He then offers you more jobs, which were too similar to the previous jobs, in my opinion.

The real downfall for this game is the gameplay is just… boring. I usually love these sort of games but this one, there was just something that I couldn’t quite put my finger on but it felt so lonesome and empty. There was plenty of wildlife roaming around, lots of items to collect for building, there’s just something that lets it down. I wish I knew what.

The graphics are somewhat lacklustre. They look good in the trailers but then when you’re actually playing, it’s a little underwhelming. With the potential from Fun Labs, it could look amazing. Fun Labs also developed Stranded Deep and I know that doesn’t have as much going on as Open Country, but it just seems to look better in my opinion. I believe that Fun Labs have had to tone the graphics down somewhat, due to the amount of foliage in the Mellow Hills section, for example.

The game really is packed with dense foliage, which, if this game was optimised for next-generation consoles such as the PlayStation 5 or Xbox Series X, would truly look amazing. But because it’s not, and only really optimised for the last generation of consoles (Xbox One, PlayStation 4), this holds it back in my opinion.

Another thing to note was that I experienced weird stuttering whilst playing the game on the PlayStation 5 console. Occasionally the game would freeze for a very small amount of time, half a second or so. This happened regardless of where I had the game installed, the internal SSD or my external HDD. Now, this didn’t ruin the game, but, it was terribly frustrating. The game ran well on PlayStation 5, it stayed over 60fps at all times with the exception of the stutters. It’s just a shame there’s not a resolution or performance toggle.

Audio-wise the game sounds pretty good, the wind whipping through the trees, grass, and bushes. The rivers flowing nicely as you attempt to catch fish, it all sounds good. The music is okay also, upbeat songs whilst venturing the wilds.

You can see what I mean from the below screenshot of how the graphics are underwhelming.

As with other survival games similar to Open Country, this game can take you as long as you want. The game does not force the player to return to the Snow Ridge Lodge when completing tasks. You can continue to forage, find items, gather resources and more.

Unfortunately, Open Country just didn’t tick any of the usual open-world survival games for me. Whilst the game didn’t have any game-breaking bugs, it wasn’t perfect. It ran well on the PS5 but it just didn’t look that good at all. Even for a late PlayStation 4 game. I give Open Country the Thumb Culture Bronze Award.