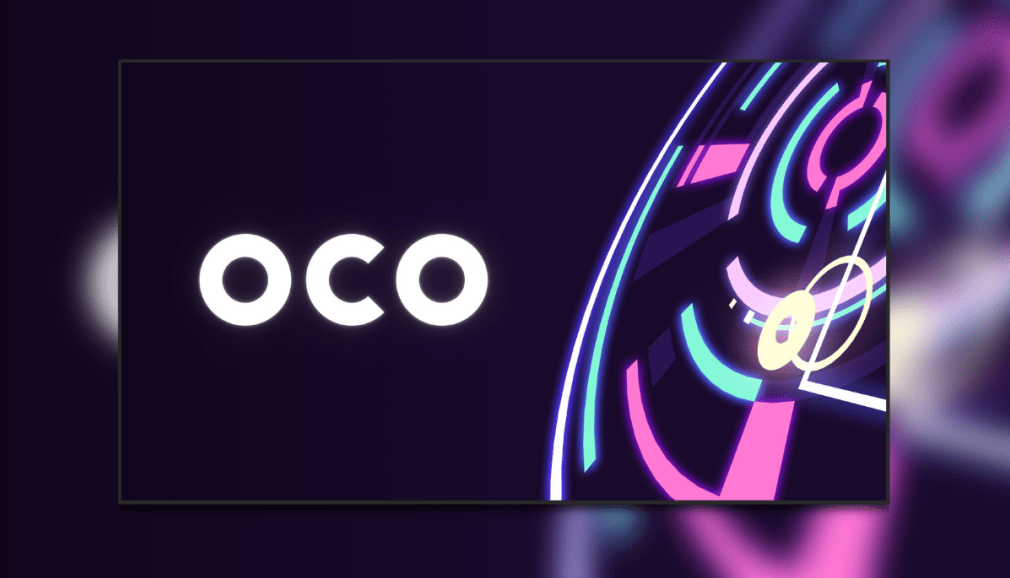 OCO is a 2D puzzle platformer game developed by Spectrum48 and is a self-published game. It was released on August 12th, 2021 on PC, iOS, and Android.

OCO – The Game Inspired by your Love of Cool Math Games

Due to the game’s minimalist design, I was kind of skeptical to play this. It seemed like a boring game, but I love a good puzzle game so I buckled down and gave it a shot. And with the inclusion of making your own levels, I got even more excited. So with that, here are my thoughts on OCO. If you are excited to play OCO or want to share your experience, leave a comment or a thumbs up. We always love to hear back.

As you could tell from screenshots and trailers, there isn’t a plot to this. All there is, is that you are a white square that collects smaller yellow squares to reach the next level. Pretty exciting I know. In all seriousness, this is quite an addictive game. It reminds me a lot of those games you’d play in the computer lab when there’s nothing else to do. That can be seen as a good or bad thing but I see it as a good thing. When I started playing, I found myself quite bored. I said to myself, “Is this really the entire game”. But the more I played, I got hooked. I don’t know what it is, maybe it’s the music or the adrenaline rush you get here and there but whatever it was, it hooked me in.

The way the game works is that you have to make your little sprite collect all the yellow squares in a level to unlock new worlds and levels. There is only one control in the entire game and it makes your sprite jump. You can try to make as few jumps as possible to collect the objects so you can earn more points but it’s not mandatory. You can do as many jumps as you can, just as long as you get all the objects.

There are two aspects that make the game unique. One is that the levels are basically giant circles with platforms. The circle rotates and you have to jump onto the platforms at the right time. And the second is that there are walls you hit that make you go one way or the other. Hitting one wall can make you go clockwise, the other can make you go counter-clockwise. All of this might not sound interesting and a little confusing but trust me, once you see it, it gets really fun. Also, every level has a different challenge. One level has platforms that make you speed up, another has blocks that kill you if you touch them. It’s really a great way to give some challenge to the player.

OCO does feature community levels and they’re just what you’d expect from community-made levels: They go from really creative, challenging but fair, and of course, “bringing out their inner sadism” levels. All these levels aren’t awful or anything but I do hope OCO gets more attention so they can get more community levels.

The graphics are pretty minimalist. The colors and the graphics that show when a level ends are fantastic, but this is a regular puzzle game with no plot. Don’t be looking for something breathtaking.

If I wanted to say an aspect of the game was breathtaking, that would have to be the audio. Just like the graphics, there isn’t much, but it’s one of the best features of OCO. The audio has this techno sound to it, something like a synthesizer. Every time you jump or collect a yellow square, the audio syncs with the game and makes a cool sound. Not a single level uses the same song or tune twice, it’s quite impressive. And since this is very much a minimalist game, there aren’t any bad glitches or game breaks I found.

There are eight levels in the game and depending on your skill for platformers and puzzle games, it could take you from about two hours to five. But the community levels can take you entire days to play a good chunk of, and you probably won’t even have played all of them. If you’re looking for something similar to play after you play all eight levels, play some of the community levels. If you can handle the difficulty on them.

In conclusion, OCO is a really addictive game. The developers made the right choice to put this on mobile devices because this is something that needs to be played on the go. It’s not the greatest game or one of the best puzzle games but what it was trying to do, it succeeded. The developers made a fun puzzle game without any major publishers getting in the way and changing it into something they didn’t want. And they self-published this so they had complete control. I hope OCO gets the attention it needs.

The game isn’t anything special or groundbreaking but I enjoyed myself. I wasn’t really expecting anything phenomenal due to the simple gameplay but I’m glad I gave this a shot and I look forward to playing more of the community levels once OCO releases and gets more recognition.

With that, I am giving OCO the Thumb Culture Silver Award.