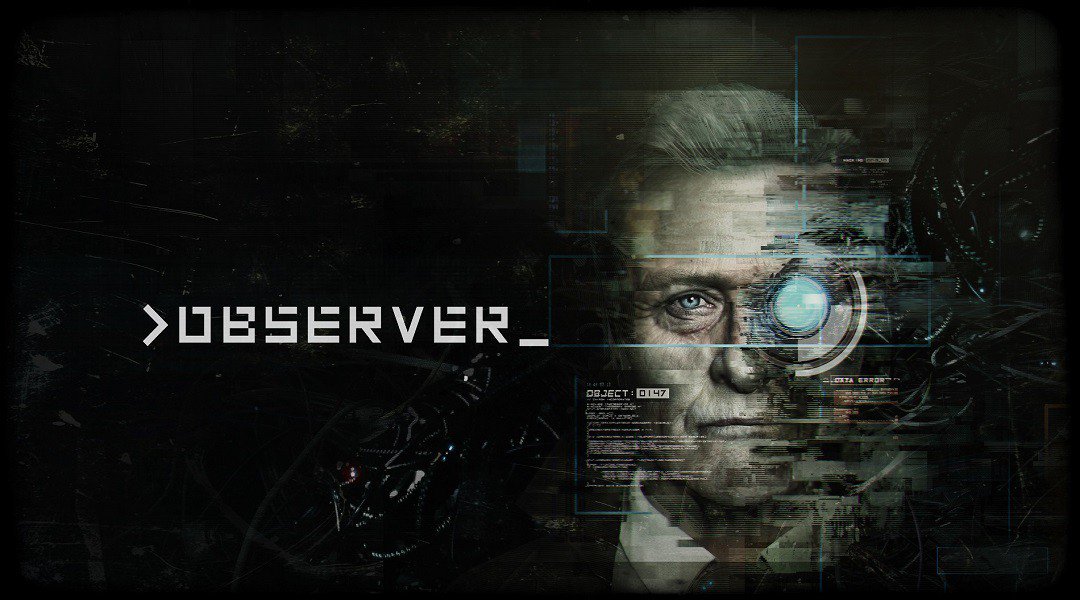 Ladies, Gents and Cyborgs, I give you our latest addition to the Thumb Culture family, Coral!  Enjoy her first review!

Observer is a psychological horror game developed by the Bloober team and published by Aspyr. The game was released on PlayStation 4, Xbox one, Pc in 2017 and very recently the Nintendo switch. It is based in 2084 and begins by telling you about a “digital plague”. You play as a man called Daniel Lazarski aka Observer, who is a detective. The future is robotic arms, legs, hearts and metal bits in your head, atleast this is how the Bloober team envision the year 2084 to be. If you’re wanting a game that keeps you in the moment and truly zoned into the storyline, Observer is the one for you! From buzzing residents of the creepy slums block to going to the tattoo shop for a bit more ink than you asked for, this game keeps you wondering “what next?” When given the Observer game to review, I never thought i’d be left asking for more! Observer is available on all formats so whatever your preferred way to play is, you can grab this amazing game from the same people who blessed us with Layers of Fear!

Starting by receiving a call from his estranged son Adam, Daniel Lazarski decides to track down his location from the call which ends up being in the “slums” where you end up investigating an apartment block and, if you like, speak to the other tenants of the household in regards to what has happened to your son. You are given a multiple choice of questions or replies and you can use them to either gain information, or use them to shut the guys up (I could do with this in real life!) Many of the residents of this block are cyborg-humans, with false arms or legs, and the very few occasional full humans. You find yourself “hacking” into peoples’ minds, to view past experiences, to help get the questions Lazarski needs and even coming across the many demons in their lives. As you head around exploring the block, you come across a few crime scenes in which you can explore and find further information. It is your choice if you wish to speak to the friendly neighbourhood, explore some of their homes.. In my opinion you get a better understanding of the storyline by doing so, who doesn’t love a bit of gossip from the neighbours?!

I did find myself wondering why the graphics have dropped so much during playing Observer, but it wasn’t the case of graphics on the Switch, it was the case that during your journey throughout here you have to take a pill called “Synchronize”, this helps you see better and make things less blurry, you need to inject these to your wrist during your gameplay, and these are pretty easy to find if you run out. I feel like the game brought me back to a previous one that Bloober team created, Layers of Fear, where you find the laws of reality being messed with ( a door may disappear or a floor may vanish when going back to the exact location after moving.)

The controls were very simple, using mainly the analogs to move and ZL and ZR to get the observations done. I feel that I didn’t use many buttons during this game, meaning I didn’t get too lost navigating myself through the first time of playing the Switch! The detective, being a little metal soul was upgraded to his full potential so the option to make any upgrades or tweaks to him isn’t available, he comes installed with scanners for blood, scanners for metal and scanners just to be nosy and see what peoples’ job title, income and family are! Nosy nosy man!

Compared to other platforms such as the PlayStation, I feel the graphics on Observer are not very good at all. Many things from writing and objects looking very much like a blur-fest to rain being non-existent. Many times the game looked very “dull” and smooth where in my opinion it should have had sharp edges (such as the birds on the floor looked very similar to a crisp packet strolling down the street) which I believe could be improved if the specs were slightly different for the Switch. Yet it is still very much enjoyable to play and easy to do so.

You can hear the noise of the wire in your arm, sounding very robotic/ like someone is trying to talk to you. The occasional growl from what I can only assume is a dog? You could probably venture more and figure out just what this noise is…

If like me, you will go around and talk to the neighbours, find out the story, bother to find out little links to the different scenes, who people are around here and why there are mysterious ongoings, you, like myself would find yourself sitting for hours playing Observer. As well as the main storyline, when you hack into peoples computers you will also come across an adorable mini-game in the programs section called; With Fire and Sword: Spiders. It’s an amazing retro arcade-style game where you have to find the way around the little area without the giant spiders eating you alive, a lot more addictive as I originally thought as you find different computers you can find new levels to complete! I thoroughly enjoyed it and it has a lot of value for money!

The game, despite the graphics not being as fantastic as on the other platforms, was absolutely fantastic and very well put together with many chances to find new side objectives to continue with your story. I would play through Observer again ensuring I found every last bit of detail, although I feel, as stated, it isn’t a very scary game for a horror! I did have some issues with the game crashing a few times, mainly at the ending. I guess the Switch didn’t want to end it as much as I didn’t !! None the less I give Observer the Thumb Culture Gold Award.