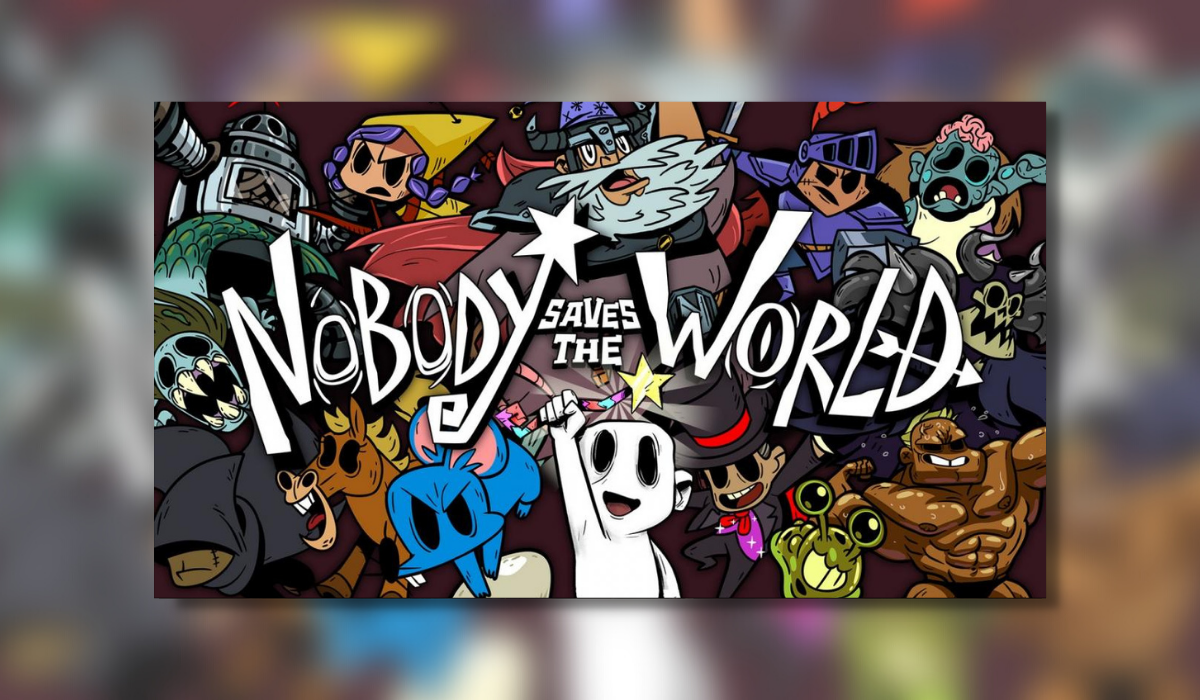 The latest game from Guacamelee 1&2 and Severed developer Drinkbox Studios, Nobody Saves The World is—on the surface at least—a Zelda-inspired, top-down ARPG boasting both online and couch co-op. That’s some good credentials right there, and with the inclusion of the two co-op modes, which are full-blooded experiences, something uncommon in a lot of traditional ARPGs here we should have a guaranteed winner.

Available now on every major system.

NOBODY SAVES THE WORLD—VARIETY REALLY IS THE SPICE OF LIFE

Trailers for Nobody Saves The World promises a lot: an action-intensive experience where you play as different forms—human, animal, monster, and magical characters—all products of a single morphing protagonist. They promise a deep combat system where you can mix and match attacks and abilities in exciting ways. They promise a quirky take on the Zelda formula: still played from a top-down perspective, but with its own off-beat sense of humour. They promise plenty of NPCs, an overworld to explore, and a tightly-crafted experience befitting the makers of the excellent Metroidvania Guacamelee series.

That’s a whole lot of promise. So does it succeed?

After an intro depicting a floating island and an ominous storm, the game opens Zelda-style—you wake up in a bed in a small room, the world outside cropped away to blackness. “You don’t remember how you got there,” some text says.

Immediately the offbeat nature of the game is established. This isn’t a depiction of life in some pristine Nintendo-esque village—there’s a bucket of flies, your mattress looks dingy, and you’re playing as a naked, hairless, eyeless ‘Nobody’. Outside, you explore a little around the lands surrounding some wizard’s big house—the house of The Legendary Nostramagus—and your character comes across as a bit pathetic, its only attack a weak slap.

You meet Randy the Rad, the stressed-out apprentice of the Nostramagus—and the central mystery is established. The Nostramagus has disappeared (with grave implications given further revelations later in the game—but, no spoilers).

Soon you start your adventure—and your weakness as the ‘Nobody’ is tempered as you unlock new forms. Each new form makes you more powerful and gives you access to some genuinely inventive attacks. I don’t want to say too much because unlocking the forms and experimenting with their abilities is a huge part of the appeal of the game, but in the first hour or so you’ll play as a rat, capable of accessing small areas and poisoning enemies, a guard—with a sword—and then a ranger—with a bow and arrow. With these three characters at my disposal, I felt I had a good idea of how the game was going to progress. But I was wrong! There were surprises in store, and none of the new characters ever felt underwhelming. And your expanding arsenal of options gives a great sense of ‘Nobody’s’ progression through the story.

The opening of the game might actually feel a little slow—but like any great game with a lot of subtle mechanics, the developers have done a great job of introducing its systems organically through the gameplay. There are no laboured tutorials here! Things soon get going, and the truth is that Drinkbox have crafted a hugely satisfying—and fun—experience.

Progress through the game is made by completing tasks/achievements, that range from killing certain enemies using specific attacks, to mixing and matching abilities from different characters and then fulfilling certain criteria. These achievements unlock stars (like in 3D Mario games), which you use to unlock dungeons and so on. The way both the character and ability upgrade systems entwine with the content of the game is masterful. These are compelling systems that encourage you to use all of your characters, experiment with them, and push the boundaries beyond what initially seems possible. Nobody Saves The World is immensely enjoyable. You feel that, through its clever design, you experience absolutely everything the game has to offer. And that’s no small feat with the sheer number of playable characters.

Broadly speaking Nobody Saves the World is indeed an Action RPG with all the features you would expect: multiple dungeons, side quests from NPCs, exploration of an overworld, all of it with enough story to hold it together in order to provide an entertaining and interesting enough reason to keep going. By the climax, the story even manages to hit some emotional beats that do the experience every favour.

But the game truly furrows its own path too. The system of unlocking the eighteen different playable characters provides a huge amount of variety. Beyond the excellent upgrade system, the game really shines with its sheer variety of combat. At times I felt like I was playing a Zelda game, but at others, Nobody Saves The World feels like a bullet hell game (but with more emphasis on fun than stress), or even a top-down shooter.

Then, with the often large numbers of enemies and relentlessness of my attacks, I occasionally detected vibes of a tower defence game. And I mean this in the best possible way. It was the sheer number of enemies at times and the very satisfying way my attacks were landing and whittling down their health. It’s difficult to put a finger on it exactly, but it’s almost as if Drinkbox took the most satisfying parts of multiple different genres in indie gaming and forged them into one incredibly cohesive experience. And all of it, I’d say, hits the mark.

There are abundant types of enemies. Over the course of the game and its dungeons and different biomes, there is anything from sorcerer-like cats with a long-range magic attack, to Russian doll-esque crabs that spawn smaller and smaller versions of themselves as they die, to huge bosses. Of course, all of them have different attack and defensive abilities, including wards—defensive shields breakable by only specific attacks—which challenge the player to constantly adjust their approach and builds, and to make difficult decisions. This is fun and satisfying. Especially in the middle section, before you get strong enough to warrant a more direct attack strategy, this leads to some challenging battles.

There’s a lot to play with here, a lot to explore. Damn it’s fun. I was enthusiastic every time I picked up the Switch. It was great to play in quick bursts, but also for longer periods too.

I am so happy I played this on the Switch OLED. The graphical style, which I truly learned to appreciate for its consistency and fun, pings on the latest Switch system with all of its rich variety of colour and contrast. The music really grew on me too. There is progression and variety to the songs in every area, and one or two genuinely got stuck in my head in a positive way. The game runs phenomenally well on the Switch. As with a lot of indies, if you have a choice between two systems, for me, the switch is this game’s home. This is a game to lie back on the sofa and relax with. And it looks great on the TV too.

Nobody Saves The World provides a truly solid 20+ hour adventure in a crafted world full of things to do. I haven’t even mentioned the side quests and fun challenges that are scattered around the world, from archery challenges, battle challenges, and fun little challenges with some NPCs, adding enjoyable and important distractions. In fact, calling them distractions is a disservice—these challenges and interactions are also integrated skilfully into the core upgrade progression system. And they, too, gently encourage you to experiment with each of the characters and to tinker with their attacks and modifiers. For me, the overall pacing is just about perfect. There is no egregious wasting of time beyond the absolutely enjoyable experience this game has to offer.

The Co-op works fantastically well, both in local play and online. It’s no exaggeration to say that this game may well be one of the surprise, best two-player games on the Switch.

By the end of Nobody Saves The World I was left wanting more in exactly the right way. This game is pure fun. It’s an indie game that stands on the shoulders of its inspirations and elevates and adapts and hones gameplay systems and genres and defines its own style and identity. Everything is executed to perfection. It offers a lot of game for the price. All this makes it easy for me to say that Nobody Saves The World is one of the most purely fun and enjoyable games on the Switch.

Clearly, I think Nobody Saves The World deserves the Thumb Culture Platinum Award.

If you’re interested in seeing the review for Drinkbox Studios’ Guacamelee 2 head over here:  https://www.thumbculture.co.uk/guacamelee-2-review. 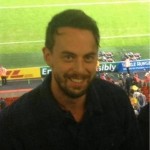