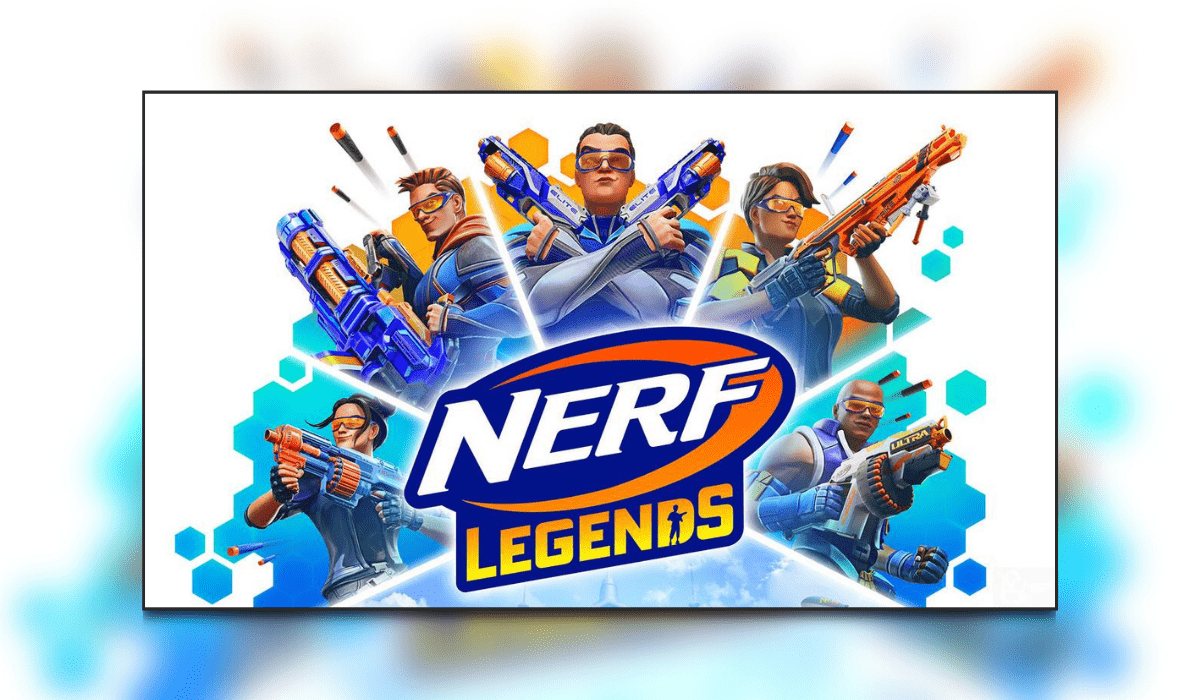 This FPS is a NERF collector’s dream come true. NERF: Legends is a fast-paced high-octane shooter that’s fun for all the family. You jump into a futuristic sci-fi world with a full array of iconic NERF blasters at your fingertips and face off against legions of robots and their ultimate boss masters.

There’s an array of high-flying trick shots in the single-player story. You can also compete with your friends in online multiplayer to see who can become the ultimate NERF legend. There is a wide range of features that include pulling off amazing trick shots with 5 authentic NERF blasters from the Mega, Ultra, and Elite lines, including new releases from 2021.

An intense single-player campaign featuring tons of over-the-top enemies, boss battles, and challenges. All this across 19 out of this world locations. You also get to use power-ups like magnetic darts, push darts, and slow darts to change the tide of battle. You can also customize your character with upgradeable perks and skins.

If single-player isn’t your thing then jump into some 4v4 team-based and 8-player free for all online multiplayer across all platforms.

Nerf is a toy brand formed by Parker Brothers and currently owned by Hasbro. Most of the toys are a variety of foam-based weaponry. With other Nerf products including balls for sports such as American Football, basketball, and baseball. The most notable of the toys are their dart guns. That shoot ammunition is made from “Nerf foam”  Their primary slogan, first introduced in the 1990s,  is “It’s Nerf or Nothin'”.

This is going to be a game that is definitely worth a look. While this may be aimed at a younger generation I can somehow see that it’s gonna be the adults that will enjoy it the most.