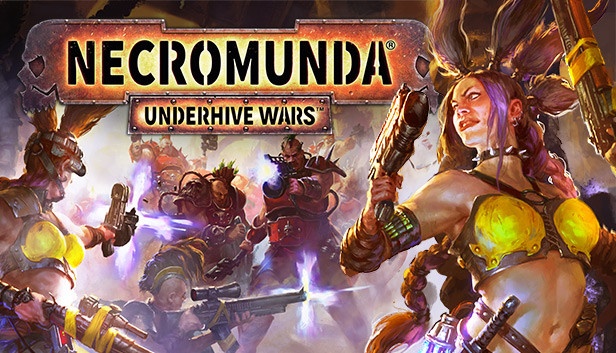 There have been many games released set in the Warhammer 40k universe. There have been some particularly outstanding titles, but not all of them were winners. From RTS to shooters, and just about everything in between, Warhammer 40K has a huge library of games. Most recently released was Necromunda: Underhive Wars. Developed by Rogue Factor, and published by Focus Home Interactive for Windows, PlayStation 4 and Xbox One. For this review, I’ll be taking a look at the Playstation 4 version of the game. So let’s roll up our sleeves and take a look.

Deep below the nightmarish, polluted hive cities of Necromunda, in the twisted, vertiginous, dark tunnels of the Underhive, rival gangs fight to the bitter end for personal power, wealth, survival and the honour of their Houses. Only the strongest survive.

Necromunda: Underhive Wars is a 3rd person turn-based tactical strategy game set in the grimdark future of the Warhammer 40k universe. On a planet called Necromunda, the surface of which is covered in sprawling hive cities. The game takes place beneath these hive cities, in a place called the Underhive. In the Underhive, rival gangs fight for territory, power, food, water, pretty much everything. Occasionally an opportunity will arise, and one of the gangs can try to seize themselves an edge over the competition. The story behind Necromunda: Underhive Wars is just that. During a storm, a bolt of lightning found its way to the depths beneath one of the cities and awakened what is called Archeotech. One of the gangs catches wind of this and hopes to seize the tech for themselves before the other gangs realize it’s even down there.

The campaign takes you through various plot points on the journey to obtain the archeotech, from each of the gang’s perspectives. Throughout the campaign, you’ll have to complete a variety of different objectives during missions. It’s a good way to learn the ins and outs of the gameplay.

The sandbox/operations mode allows you to take a gang of your own creation into battle. Operations are made up of several different objective types, and you’ll go up against rival gangs who are also trying to complete objectives at the same time. As you complete operations, your gang members will accrue experience and grow, allowing access to new skills and equipment. You can use the operations to gear up your gang, then take them into battle in online 4-player battles.

Playing Necromunda: Underhive Wars on the PlayStation 4 wasn’t without its graphical issues, but we’ll get to that in a second. First the good. I love the aesthetic of the Warhammer 40k universe, and this game does a good job of capturing what it would look like in the Underhives on Necromunda. From the character designs to the levels, it all has a grimy, gritty look that appeals to me, though some of the textures are a bit muddled. There is one small thing about the 3rd person camera angle that i found jarring. When you get attacked by an enemy who is waiting in Overwatch (a reaction type of attack) the quickly shifting camera angle.

However, there were a few graphical issues I noticed while playing the Playstation 4 version of the game. For instance, opening cutscenes on some levels would have desynced audio and video. Another thing I noticed was a particular weapon, an “Acid Thrower” would throw black textureless squares, instead of green goop. Now, I’ve spoken to a friend who’s been playing the PC version of the game, and they say they haven’t found any of the issues I have. So it could just be my ageing PlayStation 4 failing on me, or it could be better optimized for the PS4Pro, which I do not have.

The one big thing I noticed with Necromunda: Underhive Wars is the weird accents the characters have. it sounds almost Australian to me. It’s very Mad Max feeling, and a bit odd in the grimdark future. The weapons sound good and beefy, but the soundtrack is pretty forgettable in my opinion.

The story isn’t very long and can be completed in about 30 hours or so. Probably less if you’re a tactical genius. The bulk of the replayability comes from the multiplayer/AI skirmishes with the custom gang. I’ll probably pick it up on PC in the future, but for now it’ll just collect proverbial dust on the shelf.

Necromunda: Underhive Wars didn’t really leave me wanting more. It was an interesting departure from the isometric angle usually found in these types of tactical strategy games. I’m going to award this game the silver award. It has some good ideas but needed a bit more time in the oven to properly bake, I think, at least for the PlayStation 4 version.

If you’ve read all this and are interested in picking the game up, it can be found on the Playstation store for £32.99 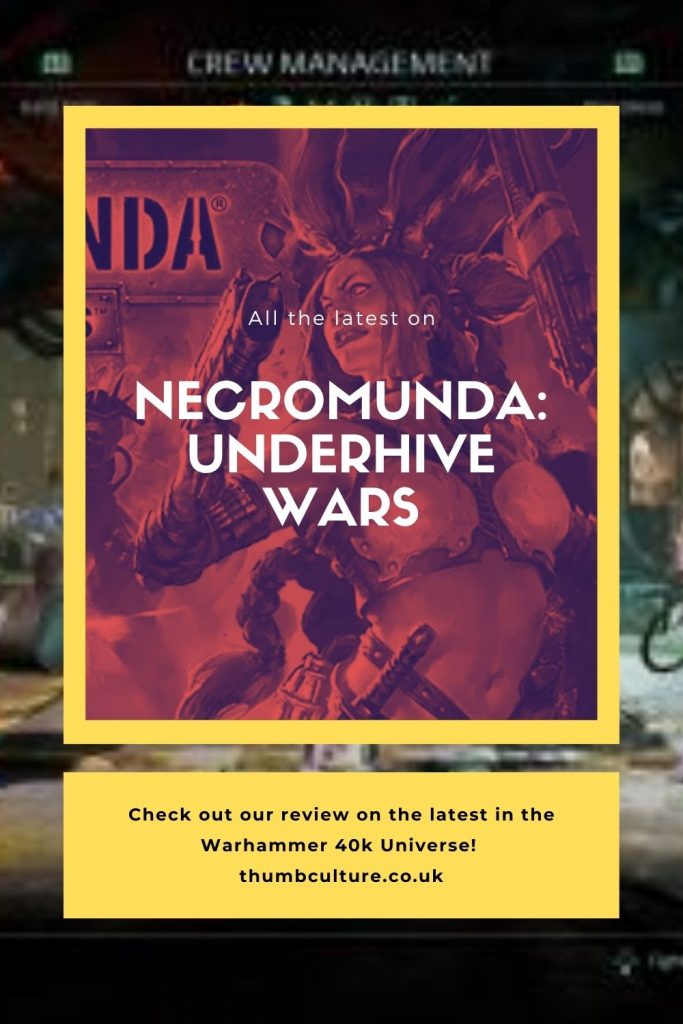