Welcome to another football game from Konami, right off the bat we know that this version of PES is purely an update from the 2020 version of the game, just with updated player data and player rosters. Now while people will be screaming saying that it’s just an update of the previous years game blah blah blah. Isn’t that what people have been asking for though? Rather than a full-price new game each year, give us an update to the previous year and roll on a 2 yearly cycle for new games. Konami has done just that, granted the next generation of consoles and PC hardware being released may have made them make this decision and concentrate on dropping the mother of all football game in 2021 on the new systems, only time will tell I guess. For now, let’s concentrate on what you can expect when firing up eFootball PES 2021 Season Update (for the rest of the review we will drop the Season Update part of the title…not all of us can hold our breath that long)

As with any football game, the real appeal is generally on the pitch and eFootball PES 2021 is no different. Whilst it might not have all the licensing appeal that a certain other football game might have (rhymes with beefer) it feels great on the pitch. The building up play is second to none, you have to think tactically about it, making use of all the players on the pitch and watching for your AI teammates to make runs, although you can make them run into space manually if you so wish. 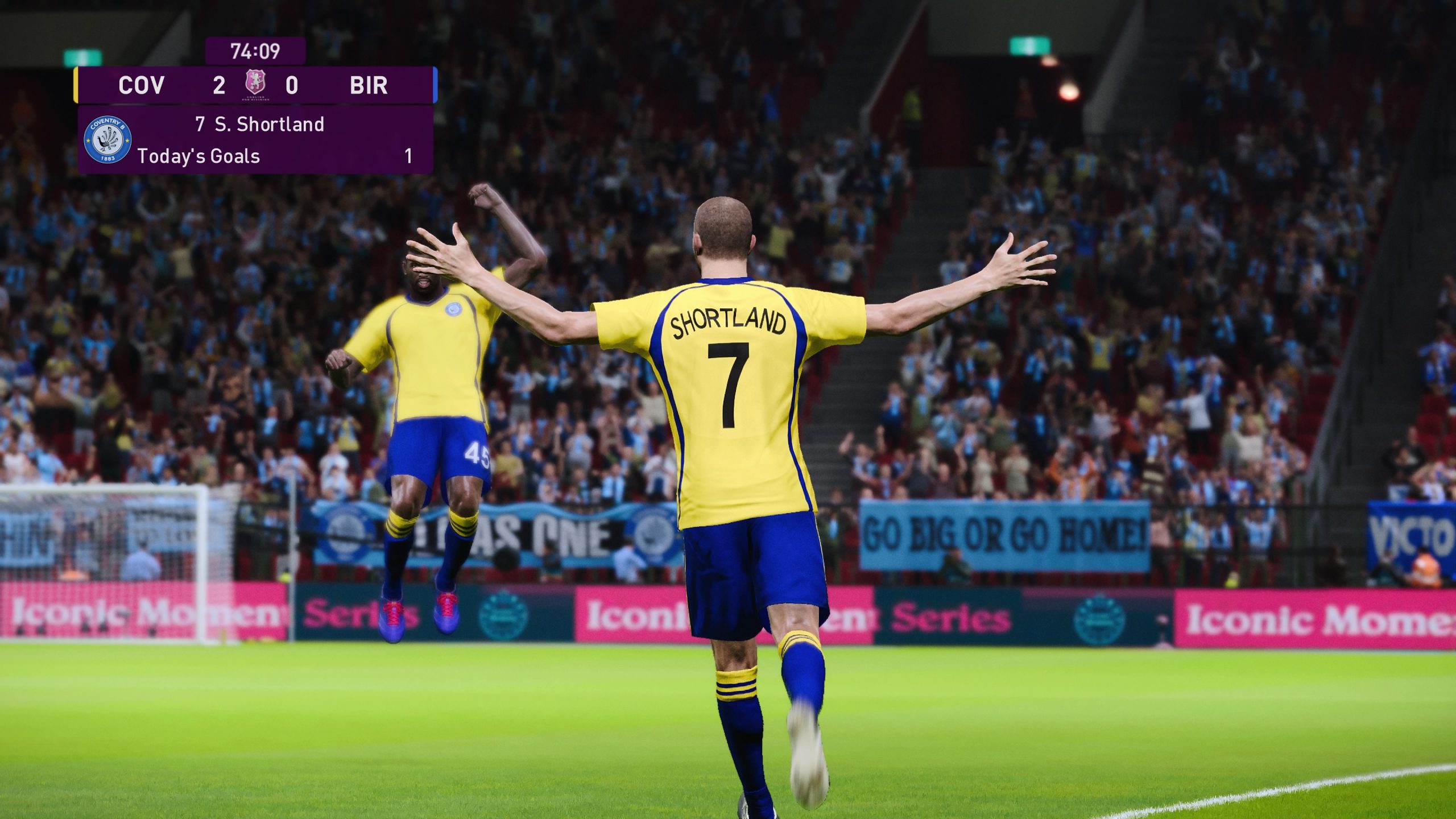 He Shoots He Scores!

So what do we have in terms of teams, the majority of the main leagues in the world are included, although the German league is a stark omission, perhaps licensing issues are behind this, but…the main team in the German league are still represented within the “other” category. There are some ‘club’ versions of the game that you can purchase, these include Barcelona, Bayern Munich, Juventus, Manchester United and Arsenal. Depending on if you pick either of these versions you still get essentially the same game.

Now if you have played the 2020 version of the game you know what game modes you are going to come up against, if not then you will get the standard play a match straight away mode, but you also get the Master League, myPlayer, and the great myClub mode. Obviously you can still play online in the eFootball section if you want. All these game modes all have their own flair and bring great things to the game. Yes, they are all pretty basic, but depending on how you enjoy your game you get a different challenge. For examples, in the Master League mode, you can chose to either start with the classic Master League team or you can take an already established team through the leagues and just make them even better. So fancy signing Bale to Manchester United, then go for it! 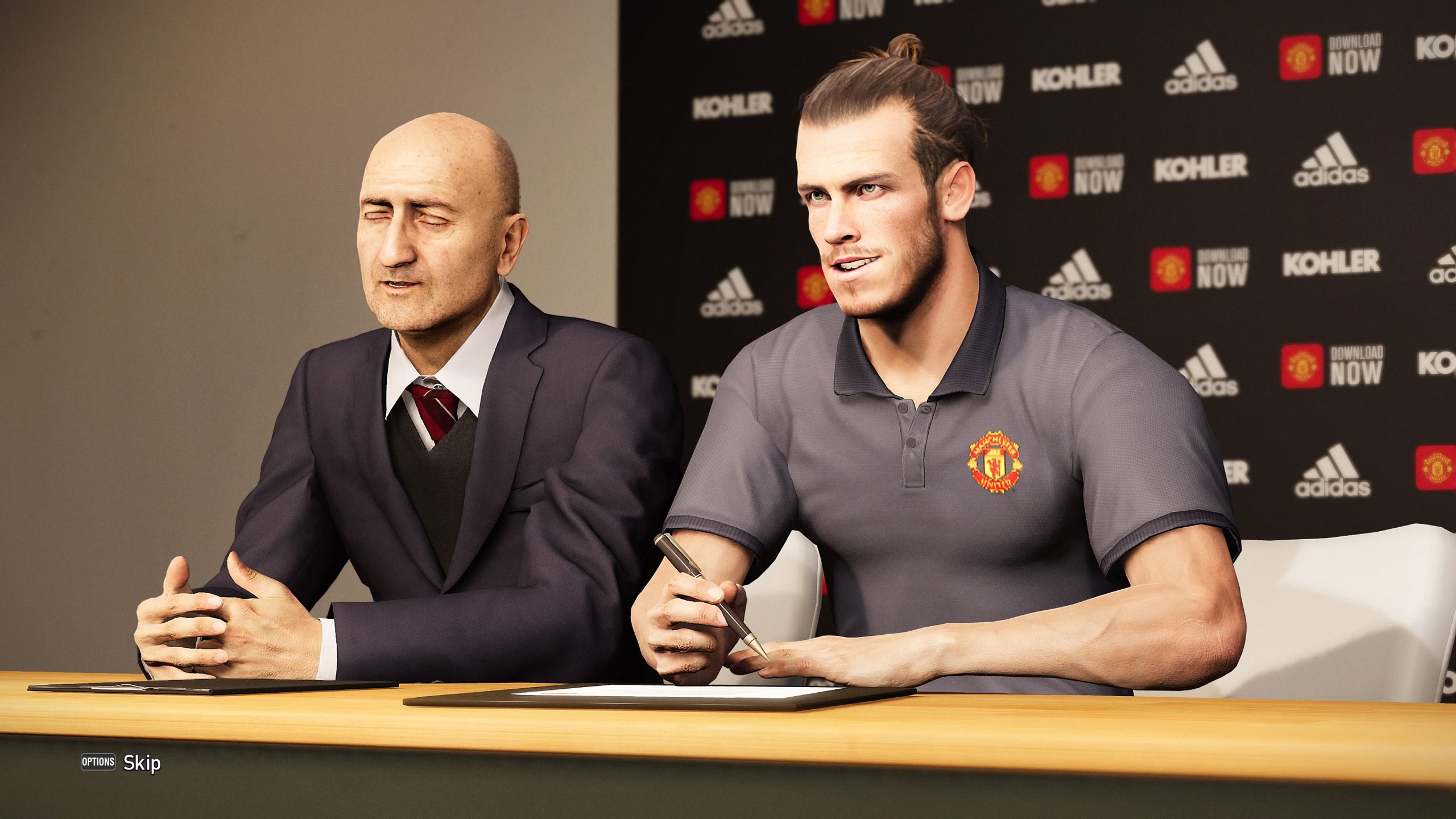 Bale to United?! We Can Only Dream

Playing through the myClub mode is probably the most fun, you have to build your club from nothing, signing top players using agents and scouts and then take your team through matches to gain points etc for signing new players. The best part of this game mode is the fact that you can do online coop with 2 other people. Unfortunately, I haven’t had a chance to play this mode to get to grips with it more, but on the surface it seems deep and involved, allowing you to spend hours playing through eFootball PES 2021.

The graphics on eFootball PES 2021 are great, but then they always were fantastic. The player models show sweat and emotions when you see them in the cut scenes, the individual animations on the picture are second to none. You really do feel a sense of weight when using each player, from the running speed to the physical confrontations when running down the wing.

The only issue that I came across when playing eFootball PES 2021 was when the cut scenes did occur, they almost felt like they were at a different frame rate to the main game. So you would be playing through the game at a lovely FPS and then a little cut scene would occur and totally remove you from the situation, was it a game-breaker, not in the slightest, but it did irk me slightly. 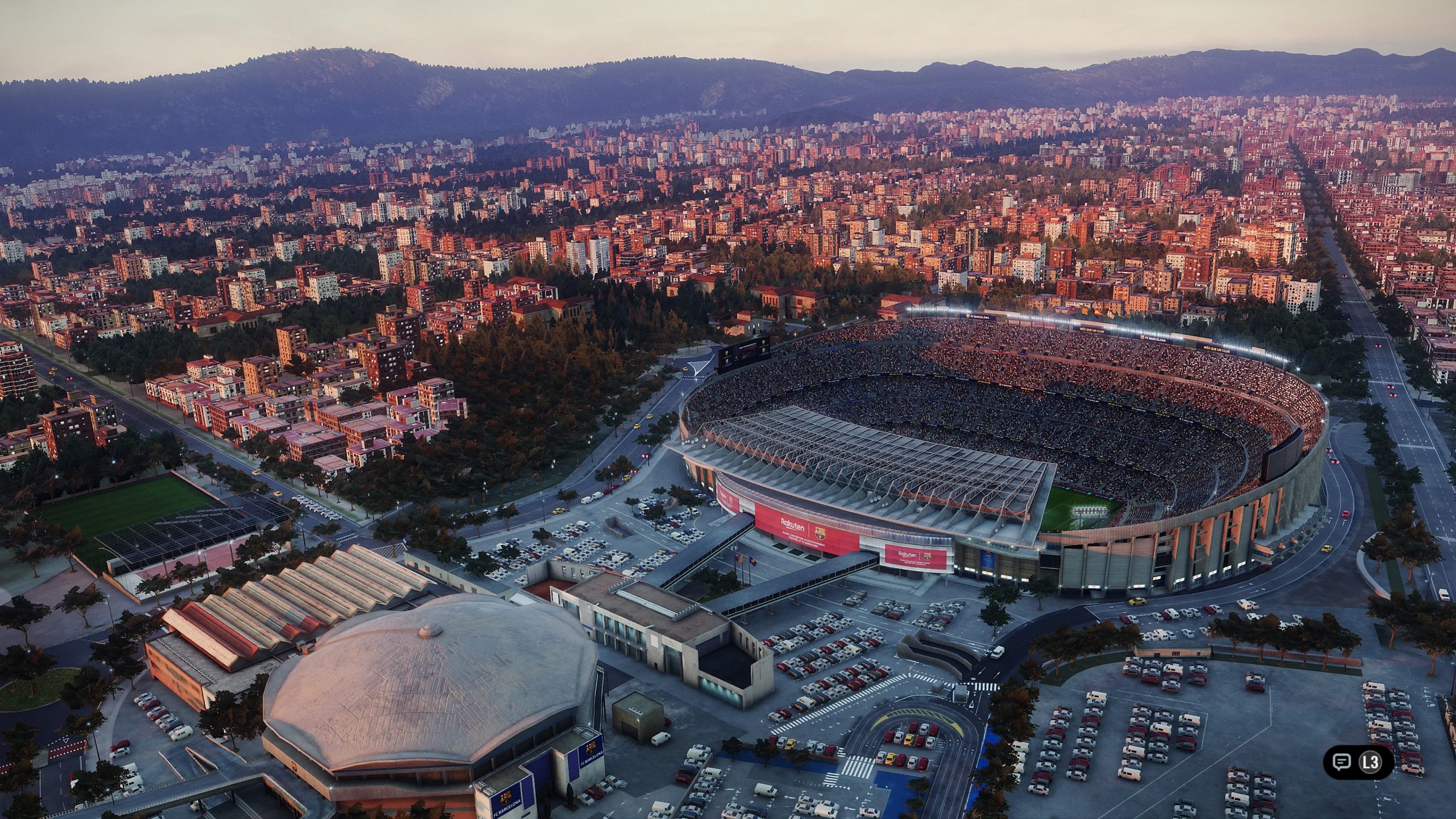 Crowds, oh how nice is it to hear a crowd noise, obviously at the current time crowds aren’t allowed in stadiums to support their favourite team, but they are well represented in eFootball PES 2021.

All the chanting is there in abundance, as well as the on-pitch sounds which are all great and a perfect representation of the beautiful game

There are hours upon hours of gameplay in eFootball PES 2021 and at no time will you struggle with what game mode to play through.

Overall having a season update to the 2020 version of PES was a great move. It has kept the winning formula of the previous game and just expanded on it with player updates and roster updates. Something that football fans have been asking for for years.

Blimey! Its that time again EA have graced us with another football game. If ...