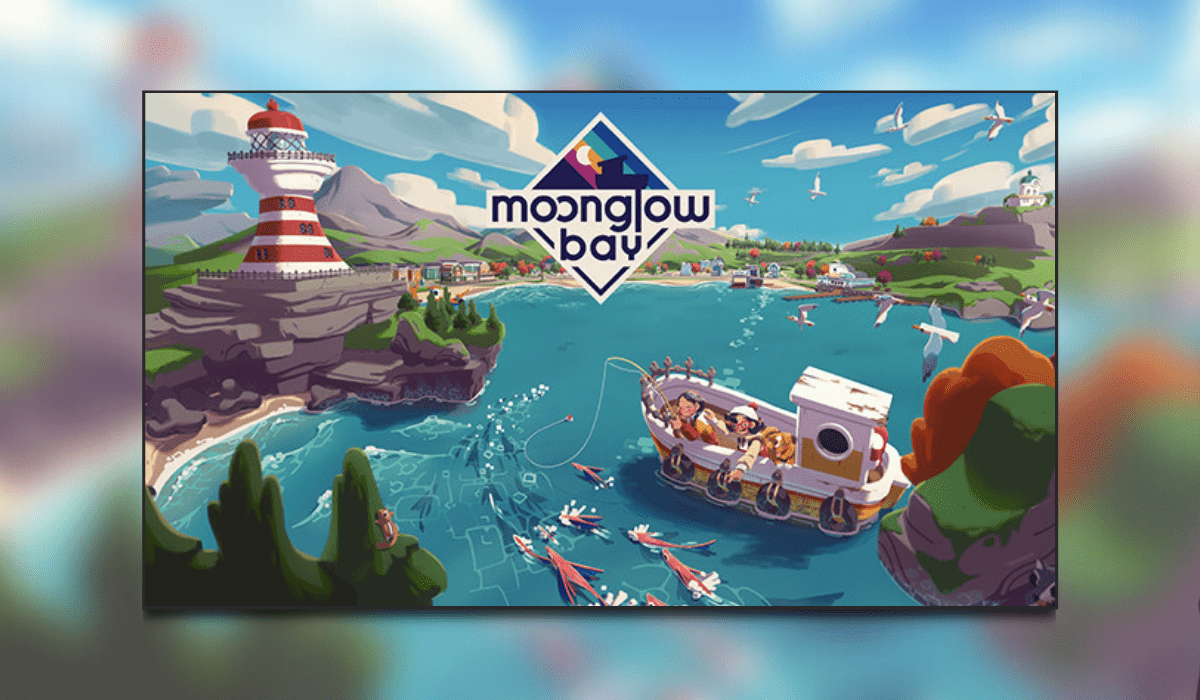 Moonglow Bay is out now! This casual voxel fishing adventure game is the debut game by Bunnyhug with publishing by Coatsink (Kingdom Two Crowns, Gang Beasts). It is available now via Steam, Epic (as of Nov. 11th), and Xbox. It is also included as a part of Xbox Game Pass. If you’re looking for something new to kick back and relax with, be sure to check it out!

Fishing is the Way in Moonglow Bay

Moonglow Bay looks like some kind of Stardew Valley crossover with Trove at first glance. Instead, you’ll find it to be a quaint little gem that focuses on fishing without making your life difficult. No big deadlines or making sure to get home by a certain time – just simple, casual fun. For anyone that has read some of my previous reviews, you’ll know that I’m a strictly keyboard and mouse kind of PC gamer. But for a few reasons, Moonglow Bay had me reaching for the controller and wishing I were playing from the couch. Ever found a game in your library that you’d rather play in your living room than at your desk? Let me know after you take a look at my thoughts on this new casual treat.

The setting for Moonglow Bay is a small fishing town off the coast of Eastern Canada during the 1980’s. As an amateur angler,  you take it upon yourself to restore the bay to an attracting home for fishing and tourism. To do so you must learn the local folklore of the various species of aquatic creatures. You also become a fishmonger with an array of tasty delicacies to top it off. Your primary objective at the start of the game is to shake off the looming rumors and doubt that have nearly brought the fishing industry, and in turn the town, to an end in Moonglow Bay.

As you begin to learn more about and start to catch a wider variety of aquatic species, cooking them up into tasty dishes becomes your main source of income. You can sell them directly from your home, or visit the bulletin board in the center of Moonglow Bay to pick up task requesting specific items. You spend your earnings on upgrading your personal supplies as well as investing in the town. At least that’s what I’m told. Despite currently having a task telling me to invest in the town by finding boards in front of buildings, I have yet to find a single one. Apart from the initial Tavern investment that is. After several hours in I’m not sure if this is simply a bug or if perhaps I haven’t fully unlocked that part of the game yet.

The different tasks given in Moonglow Bay are fairly simple. However some of them can feel vague at times and lacking of particular important instructions. Yeah it’s nice to be given a little snippet of the map showing the area to go for the task, but if I don’t know what to do when I get there then I feel like I’m wasting my time. A big example of this confusion is close to the beginning of the game when you are looking for the home of a giant whale. Once you find it, it mentions the harpoons that are stuck to it but nothing about how to go about removing them. It took me longer than it should have to figure out that I had to place my cast specifically so it was highlighting the harpoon to be able to try to remove it.

Another bit of a sour point is that Moonglow Bay seems to be very clearly a PC port as a second thought. I say this because the control layout for using the keyboard is just painfully non-intuitive. It felt so awkward that I felt forced to switch over to using a controller. The controller layout was absolutely leaps and bounds better and made the game much more enjoyable for me. For anyone else out there that may be struggling with the game’s keyboard layout, switch to a controller, if just for this game. Trust me, you won’t go back.

I mentioned above that I was playing Moonglow Bay on PC rather than on an Xbox One or Series X|S. Even so, there aren’t a large number of graphics settings that are available for adjustment or fine tuning. Though with the voxel style of graphics, I didn’t see reason why I would need to adjust anything. Bunnyhug has done a great job of being able to bring enough detail to voxel items throughout the world too. I didn’t feel like there were just a bunch of the same models with different colors or patterns. Also, the artwork used throughout the game for character interactions, journal, and maps as well are wonderful. Each of the pictures of fish and other aquatic species are ripe with detail and fit well alongside their voxel counterparts.

The soundtrack for Moonglow Bay is just as relaxing as the game itself. Tracks didn’t seem to be repetitive so much that they stood out. They blend quite well into the background, but not to the point where they are simply forgotten. I didn’t note any issues with gameplay sounds either. Most fit in perfectly with the actions being performed and/or the environment I was moving through.

Moonglow Bay is definitely one of those games that is for the completionist. There are apparently over 100 aquatic species to collect and I have barely scratched the surface. I imagine it will take quite some time and dedication to the game to fully restore the town. The better question is then what happens after you do? Is the game simply over and you can start a new playthrough? Or is it something like Stardew Valley where you can continue playing forever if you wish? Regardless, if you’re going to spend any time in the game it’s sure to be a good chunk of time.

Though I initially found frustration with Moonglow Bay due to the keyboard layout, I’ll give it a pass. The game clearly would be more enjoyable on the couch than at a desk. It is relaxing, charming, and a casual good time. There do seem to be some bugs to sort out yet for the Bunnyhug team, but I haven’t encountered anything myself that is degrading to the game. Apparently there’s also a local co-op mode that I’ll have to check out at some point too. So with Moonglow Bay being as enjoyable and simple as it is but not without some faults, I’ll have to award it the Thumb Culture Silver Award.