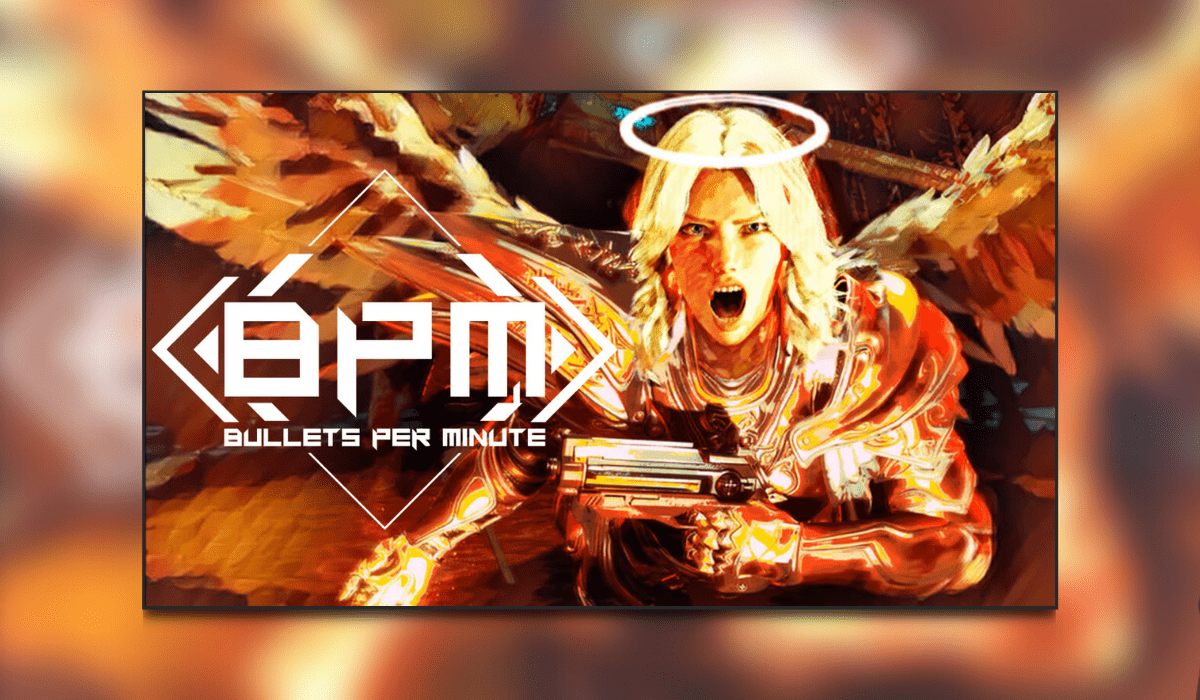 Bullets Per Minute (BPM) is a 90s inspired dungeon game developed by Awe Interactive and published by Playtonic Friends. Initially released in September 2020, we take a look at the latest release for Xbox.

With the main gist of the game to shoot down the hordes of demons in time with the music, we thought it best to hand it over to our in-house drummer to see what he made of it.

At its heart Bullets Per Minute is a Doom-inspired FPS rhythm game. Everything you do as a player must be in time with the music; shooting, jumping, reloading you fail to do this and your gun will jam and the hordes of demons will quickly strike you down – they also attack to the rhythm.

I’ll admit it took quite a long time to get used to the movement and controls, which were unlike any other FPS I’d ever played before. You seem to glide across the map, which in the age of playing Call of Duty, Battlefield and the like was very strange to begin with. Multiple taps to reload was also something to learn but after a few dungeon runs you soon get used to it.

Speaking of dungeon runs, if you are lucky you can last about 10mins before an overpowered demon knocks you down, and this was in Easy Mode! When you inevitably die the map randomises and off you go again to the backdrop of the metal soundtrack.

As you kill the varying degree of creature you find each room; ranging from worms to bats, flies and massive spiders; you are given coins, keys, special boosts and HP. The latter is really needed as a single hit from a bat takes 25% of your health. The coins and keys can be spent on a number of different items be it in new guns, armour, HP or special abilities. Purchases can be made in specialist shops dotted around the dungeon map, and you can donate coins to fountains found in certain rooms to level up your damage, range and armour capabilities.

Constant movement is essential, and the small rooms will the crammed to the hilt with enemies. The problem is BPM has a rhythm all of is own, urgent until danger has passed, I would say at times discordant. You end up playing to 2 different beats which initially some players will struggle with. Luckily for those that do struggle you can turn on Auto-rhythm and, although this kind of removes the whole point of the game, it instantly becomes a more enjoyable game to play!

The dungeon rooms throw up variations as well without warning. I’m all for being surprised but being through into a room with low gravity or slippery floors with enemies that deal twice the damage, still equipped with the base pistol early in your run, seems vastly unfair.

There are other game modes such as Challenges that can be unlocked, but I have no idea how as the game doesn’t offer up any sort of tutorials to assist when first starting up the game, which is a real shame.

When I first booted the game, I had to rub my eyes to ensure what I was seeing was correct. The colour saturation has been cranked all the way to 1000, and although you can reduce this in the menu you can not achieve what I would say is a normal saturation level, but your eyes soon become accustomed to it. I will admit that I could only play this game in short bursts because of the colour and movement mechanics, giving me some sort of gaming motion sickness, which I’ve never experienced before!

During your BPM dungeon runs you are constantly accompanied with a heavy metal backing track, you get a slight respite when finding a shop. Even as someone who enjoys a dose of heavy metal this became a bit repetitive which no changes between the rooms. With the main point of the game to be playing in time with the music, it’s a real shame there is no variation, and the fact by turning off the rhythmic portion of the game makes it a more enjoyable game, really is a big disappointment.

If can master the controls early, turn on the auto-rhythm function and your eyes can cope then there is a lot of short-term fun to be had with BPM.  However, this is not a game I would sit and play for hours on end.

Bullets Per Minute, in the words of fellow reviewer Jason who jumped into the game when visiting one evening, is a “Live Fast, Die Fast” game. Unfortunately, you have to run off the whole essence of the game to truly enjoy it, but dig deep and there is some fun to be had.