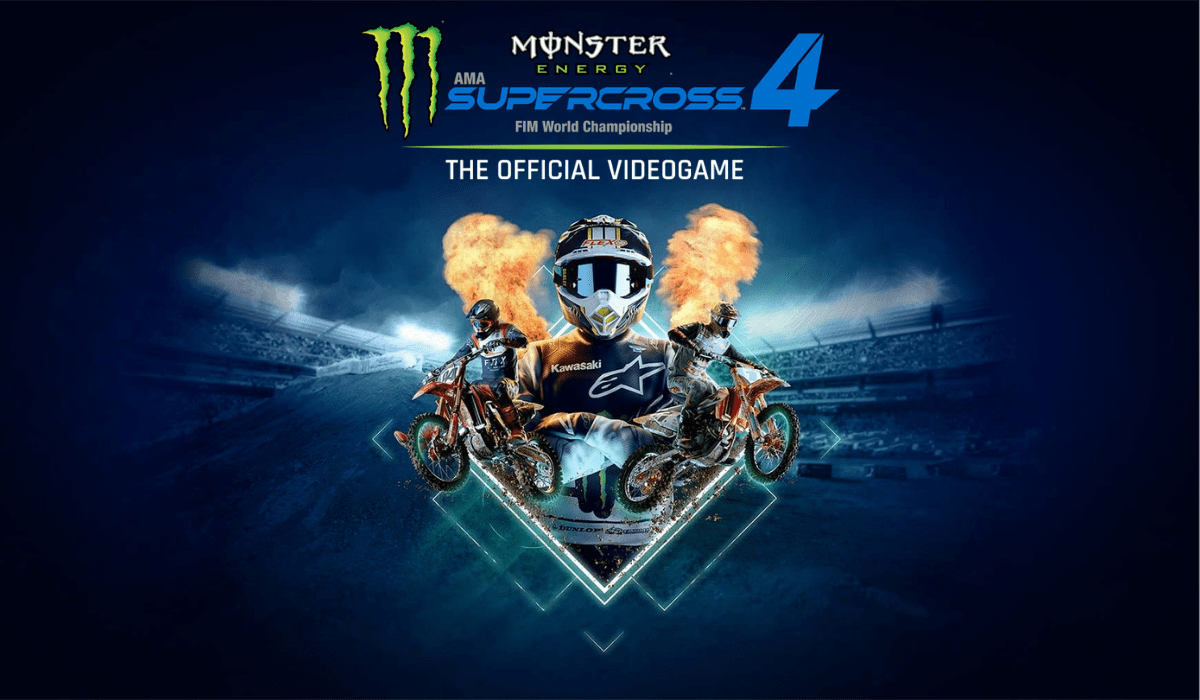 Milestone, a publisher who form part of Koch Media along with been known for its back catalogue of bike racing titles have brought us the next instalment in the Supercross series. Monster Energy Supercross 4 is the latest title from Milestone, officially releases on the 11th March 2021 and will be available on PC, Xbox and Playstation.

I Don’t Crash! They Call It Stopping With Style!

Having previously checked out the Nintendo Switch port of Monster Energy Supercross 3. Looking back the Switch port did not look the best it could have and did feel a little clunky now and then. I am looking forward to seeing how the next instalment fairs up on a more powerful machine. Hopefully, it delivers the Supercross fix I am looking for.

As with most racing titles, there isn’t much of a storyline. The aim of the main career mode is to obviously be the best you can be within the 3 classes available in Supercross. You race career with your created character, who starts off extremely basic. As you then progress through the levels and receive XP from drifts and jumps you climb the ranks. Off the back of this, you are then awarded skill points which you assign to your character. When doing this you upgrade abilities such as cornering, braking and bike control. 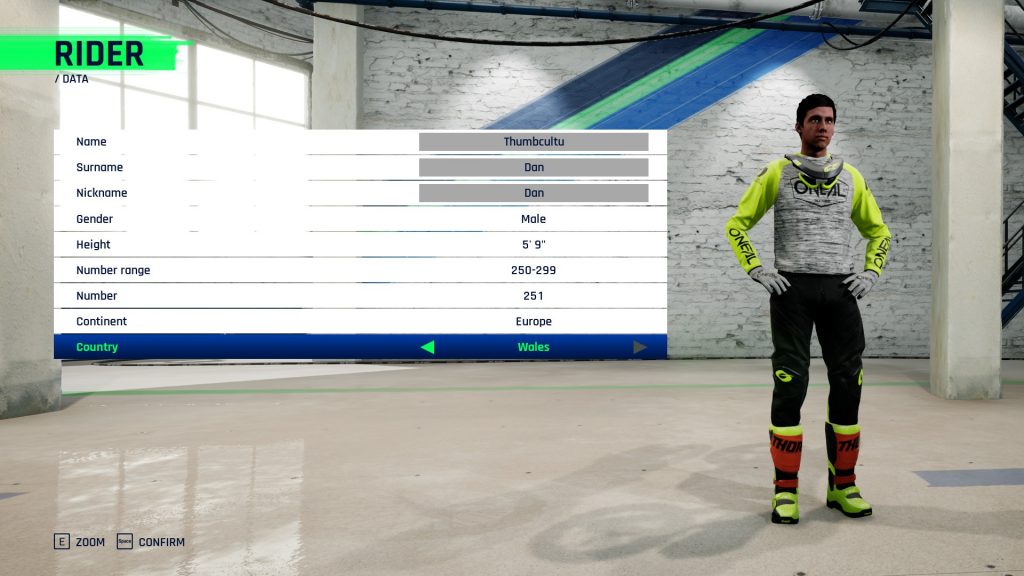 With the above with your own skill, you will reach higher rankings within races. When you first start out, no matter how good you get from the tutorials or practice modes you will lose. Do not take this to heart, the game is designed to challenge you. The more you put into racing your character the better you will become. 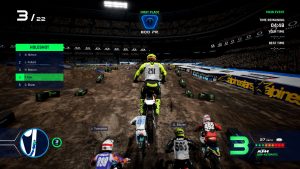 When it comes to the other games modes available on Monster Energy Supercross 4 you are spoilt for choice. Obviously, there is a tutorial mode, I highly recommend that you master this. Mastering this early on will allow you to enjoy the game a lot more. Do not leave this until you have lost a lot of races. You then have the Compound mode, which is basically a freestyle mode in the new look compound. With plenty of hills and track to go at you can also get some epic shots in the photo mode available. Within the photo mode, you can also edit your snaps with filters. Also available within the game are non-career based championships and time trials.

In Monster Energy Supercross 4 there also a track editor available for the creator in you. You could use this to create track types you need to practise on, or go wild and create some rad complex tracks. Again, I recommend the tutorial as the tracks can get quite complex and its extremely easy to build an unrideable track. 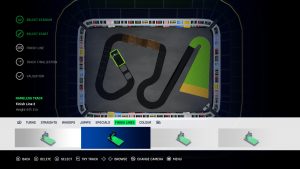 Having played the previous Monster Energy Supercross instalment on the Switch. It was a great experience to then try this PC version. Obviously, the graphics were always going to be better on the PC. However, the one problem you find with Switch ports is the graphical quality can be somewhat degraded. For some reason, the graphics on Monster Energy Supercross 4 have been criticised. Are they the best racing genre graphics out there at the minute, the answer is no. But, do the graphics on this occasion really affect the gameplay? For me personally, that was also no. I was running the game on ultra graphics on the recommended brightness settings with no issues. 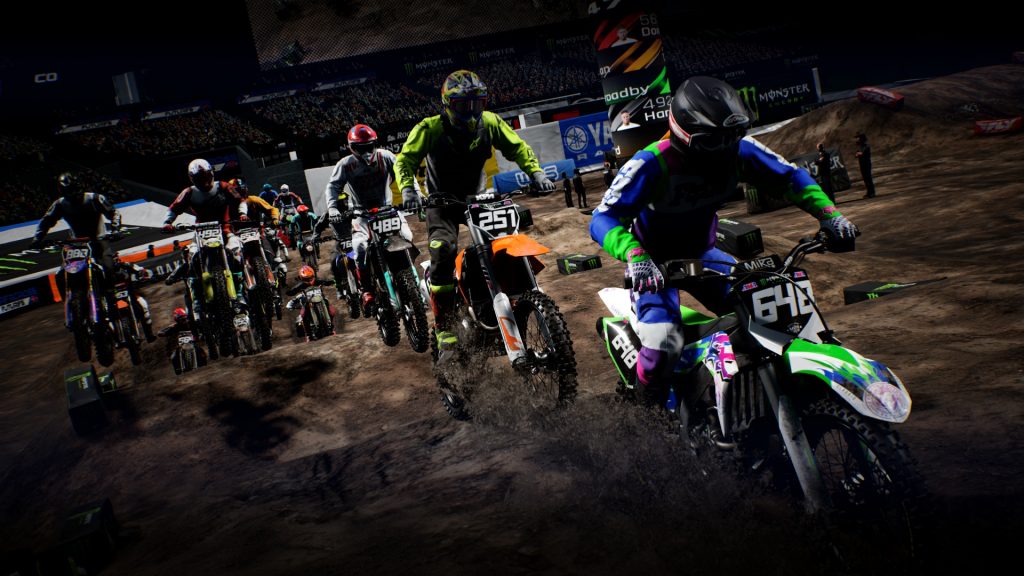 When it comes to the audio, starting off with menu music you have a great mix of what can only be described as a slight alt take on dubstep. Extremely upbeat and gets you hyped for the race ahead. If the music isn’t to your taste, don’t worry it doesn’t take away from the game. You could also potentially hit that mute button if it annoys you.

In-game you have the same audio tracks as mentioned above, however, they have been dampened to ensure they do not distract from the game. The bikes in the game sound great, I tried 2 different headsets to test the sound of the bikes. On the cheaper headset, the bikes sounded extremely tinny, however with the mid-range headset they sounded great.

With 17 tracks that require mastering and the numerous game modes available, from career to Freeplay. Monster Energy Supercross 4 can be as long as you want it to be, it will be based upon the game modes you like to play and how skilled at the game you want to be. For example, you could spend hours, if not days just practising your techniques around the compound. As in the compound, there are also challenges to unlock new content. The same can be said for single-player as well as the career modes available. 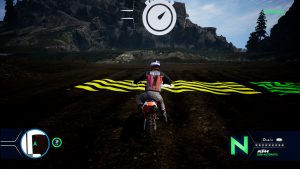 There was only one element of the game that started to slightly annoy me after a while which could affect game time and that was the rumble on the controller. It felt constant and at times made my hands feel like I had pins and needles.

I haven’t played many racing titles over the past couple of years, apart from the previous Supercross. Which was enjoyable don’t get me wrong but it wasn’t something I felt I could go back to. With the amount of gameplay Monster Energy Supercross 4 provides I will definitely be revisiting. My first session so to speak was 3 hours long, usually, with superbike/supercross games I put them down within the first hour. 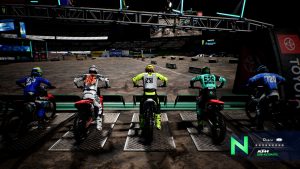 It was frustrating at times, however, I really enjoyed the dynamics of the game and what it has to offer. Monster Energy Supercross 4 can be a grindy venture, however, if you enjoy racing titles it doesn’t feel that much of a grind. Don’t get me wrong losing at the beginning of your career isn’t fun, however, it certainly motivates you to get better and put the time in that is required. Therefore, I award Monster Energy Supercross 4 a Gold Thumb Culture Award. 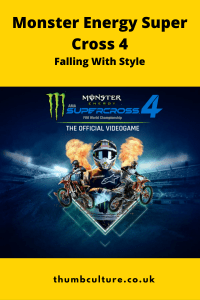