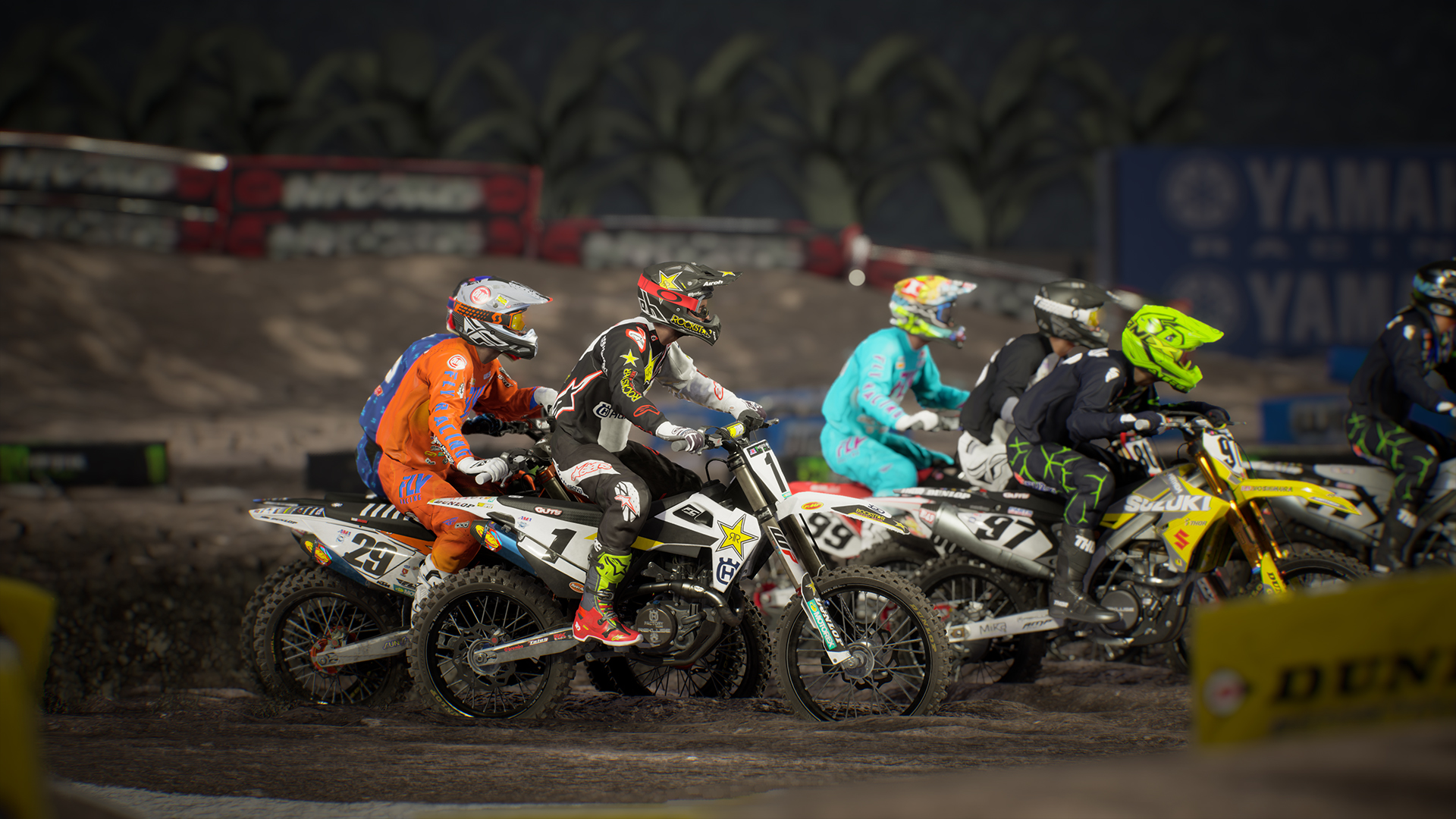 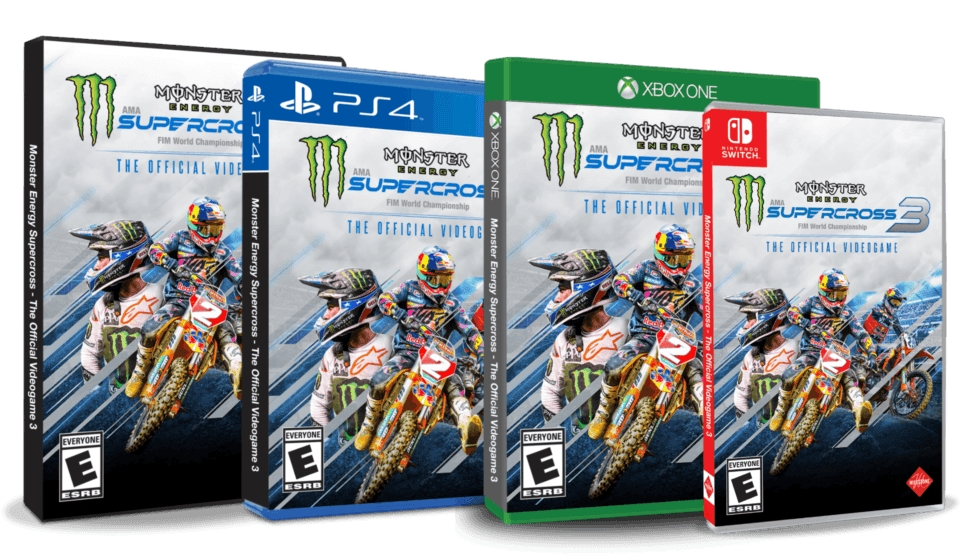 I think I should start by saying I am not going to be comparing each and every aspect of Monster Energy Supercross 3 to the PC/Console versions. We all know the other versions will be better graphically. Let’s put that aside and celebrate what the title brings to the Nintendo Switch.

Before playing any mode, you start by creating your own character. There isn’t as much as a selection in terms of customisations; however, there is enough for this type of game. To be fair you don’t see your riders face that much. Once created, you can then jump into the various gameplay modes available. There is everything from Tutorials and a career path to Multiplayer and freestyle aka The Compound. 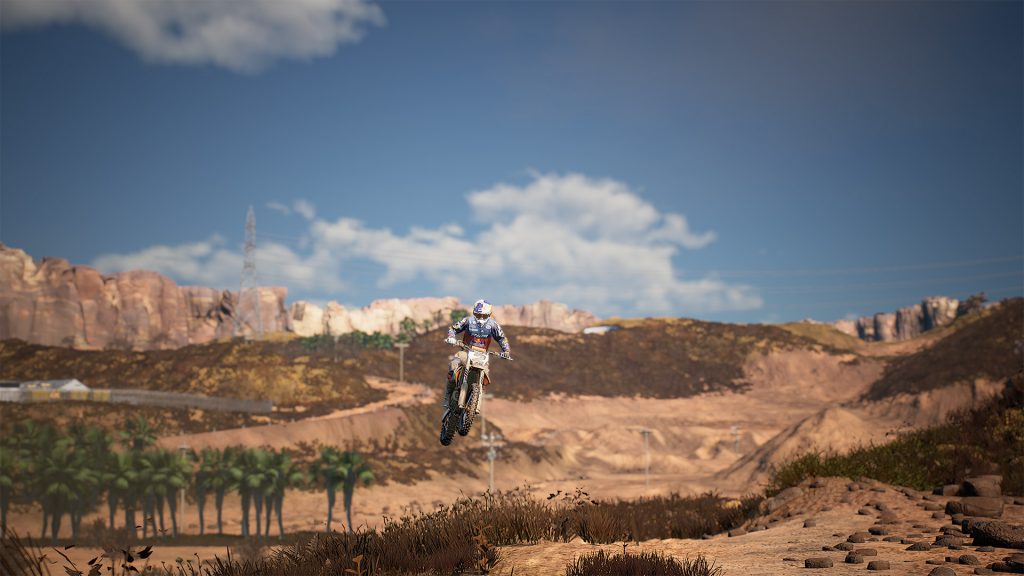 I started with the tutorial and I would definitely recommend it. I think without this mode you would find learning the game mechanics quite annoying. From here I jumped straight into career mode. Due to the controls at the start of the career mode, it was quite difficult, hence recommending the tutorial. This is something you soon get used to and from there you start to really enjoy the game.

The other mode I quickly took to was Compound, this was what I considered a freestyle and was another enjoyable mode to play. Alongside multiple game modes, there is a track creator. Again another great little feature and adds a lot of gameplay time.

The only gripe I have about Monster Energy Supercross 3 is the controls; they feel really clunky on the Switch using the joy cons. I imagine using a pro controller would bring smoother control over your rider. I do think this is one area that needs to be improved.

We all know by now what to expect in relation to graphics on the Switch. They will never beat the other consoles let alone PC. I was quite impressed with the graphics, they didn’t blow me away but they were definitely better than I was expecting. In terms of realism/textures, it’s obviously not as smooth as the PC, however, it provides a great gaming experience. You tend to focus on your rider anyway so you don’t take much of the surrounding in. 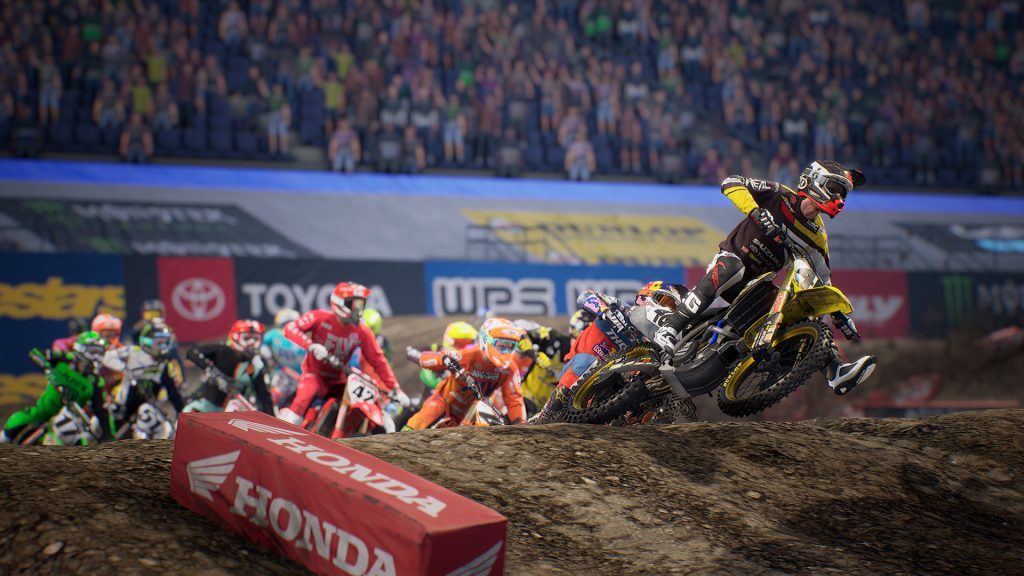 When looking at audio the developers have done it right, with less music and more sound FX. There is nothing more annoying than a soundtrack blaring out as you are trying to get into the top 3. For me, the sound FX play a key part in games like this, and if they are too tinny the experience can be awful. I personally think they were just right and exactly what I would have expected out of a game like Monster Energy Supercross 3.

Monster Energy Supercross 3 has a nice long career path which does consume a lot of time. However, I am not sure I would revisit the career path again after completion. There is also some co-op/multiplayer modes which you could have hours of fun on. Let’s not forget the compound either. It is safe to say, as long as you like Supercross there is more than enough to go at.

Overall I enjoyed playing the game and it’s definitely a title I will keep playing until completion. It was hard to master but enjoyable learning the game mechanics and what riding styles work the best. I think Monster Energy Supercross 3 gained a lot of bad press from those who tried the PC/console version as well as the Switch port. If you enjoy the game for what it is on the Switch and you like supercross then I recommend this game.

I give Monster Energy Supercross 3 a Thumb Culture Silver Award.