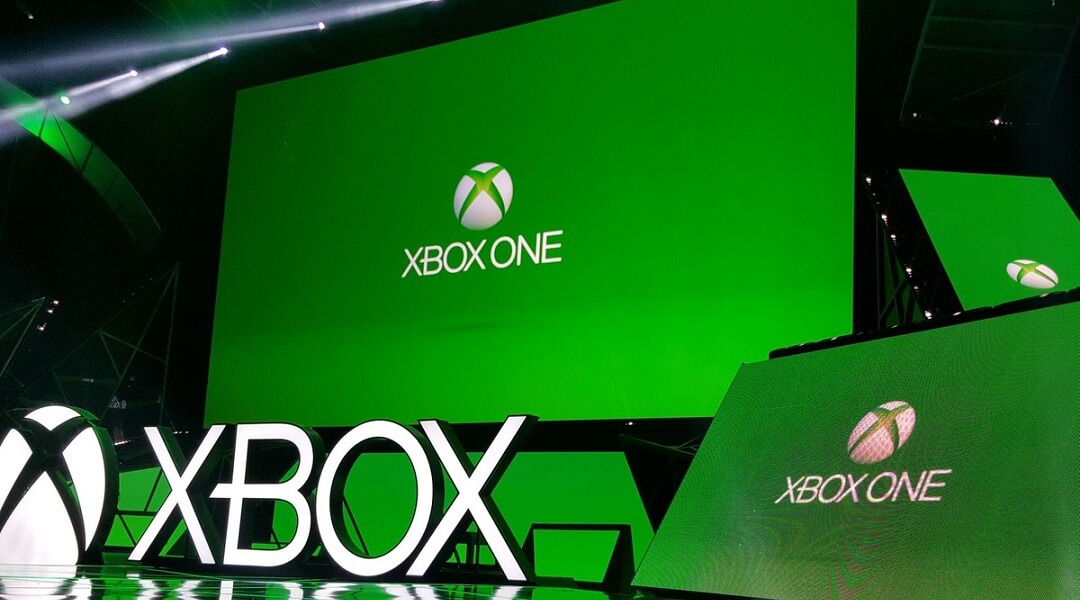 Microsoft have been teasing us with so many promises since their last E3 in 2016. From how powerful and truly amazing the “project Scorpio” will be, even tagging it with “Feel True Power” to the long awaited exclusive Xbox one games. According to Phil Spencer, who said that their showcase would run for more than 90 minutes this would lead us to think they have a jam packed event for us to behold. This is all well and good, but will this powerful beast actually have any worthwhile games to run on it? And what really is Project Scorpio? I stayed up through these crazy American times to bring you all the answers!

What we have all been waiting for and what Microsofts showcase is built around. Here it is! The official name is Xbox one X. I’m personally not so won over on the name. Way too many X’s for my liking and as mentioned by people all over the internet it does sound like one of those gamer tags X_Xbox_1_x

Its release date is November 7th 2017 and it will be compatible with all Xbox one accessories and games. Not only is it the most powerful console ever made, its also the smallest xbox system ever built. Coming in at $499 (£450) will that be enough to compete still with PS4 Pro? Microsoft is selling the Xbox One X as “the most powerful console ever made,” and it has the hardware specifications to back it up. Xbox One X has 6 teraflops of computing power and 12 GB of GDDR5 RAM. Xbox One X is meant to deliver native 4K graphics at 60 frames per second, clearly aimed at those gamers with 4K TVs looking to take full advantage of their fancy new tech, even if the Microsoft does promise that the console will also benefit gamers without 4K TVs. Lets take a closer look at the Xbox one X specs –

We have also seen the announcement on Xbox original backwards compatibility including crimson skies. Xbox said that they have listened to fans and wanted to now make it possible to play all our favourite Xbox original games. As with 360 games on Xbox One, original Xbox One games should receive a performance boost when played on new hardware. More details will arrive later, said Head of Xbox Phil Spencer.

Microsoft and Turn 10 studios have officially pulled the wraps off of Forza Motorsport 7, the first Forza designed to run on Xbox One X, Microsoft’s next-generation console. While it’s playable on Xbox One and will also be released on PC, it was really built for — and alongside the development of — what was then still called Project Scorpio, which means it will run natively at 60 frames per second at 4K resolution. From the game play I saw you can race through living environments, watch the weather change as you drive and have access to the largest collection of Ferrari’s and porches ever. Release date: October 3rd 2017

4A Games has taken the wraps off of Metro: Exodus, the next installment in the post-apocalyptic franchise. There’s precious little to know about the plot line at this point, but it’s clear that the game will make good use of the One X’s hardware — even the devastated Russian landscape looks gorgeous. The title is a console exclusive on Xboxes, and it’ll also be available for Windows 10 when it arrives in 2018. Release date: Departing sometime in 2018

After a series of leaks and reports, 2017’s Assassin’s Creed Origins has officially been revealed, bringing with it a new assassin, a new time period, and more for the longrunning franchise.  As previous leaks have suggested, Origins will take place in ancient Egypt.  Creative Director of Ubisoft Jean Guesdo explained the Egypt setting, calling it “3,000 years of history and mystery.” Origins will feature a new protagonist, Bayek, an “Egyptian sheriff.” Bayek is coming back to Siwa, his home town, to kill a fake oracle named Medunamun. A gameplay demo saw new elements to the series such as a controllable eagle and an upgrade system. Release date: October 27th 2017

Seeing this game got me very excited! Not owning a great PC, I desperately wanted to play this and I was very happy when I heard Microsoft announce during its E3 briefing that the popular shooter is coming to Xbox One as a “console launch exclusive” in late 2017. That wording suggests it may also come to to PlayStation 4, though not until later, apparently. Those playing on Xbox One X will be able to enjoy 4K and HDR support. Playerunknown himself, Brendan Greene, appeared on stage to make the announcement about Battlegrounds’ console release. He also revealed that the game has reached 3 million players on PC, where it remains in Early Access. Release date: Sometime late 2017

Another game I was very excited to hear about and the lengthy trailer didn’t disappoint. Open world zombie survival game State of Decay 2 is coming to Xbox One next year, Microsoft. It will be an Xbox Play Anywhere title compatible with Windows 10. The game was originally announced last year at E3 2016, although Microsoft had been tight-lipped until now, we got a glimpse of the expanded gameplay and increased focused on co-op play with others online. In addition to that, we got to see the new zombie types, weapons, and vehicles that players will be able to see online. Release date: 2018

Microsoft’s open-world adventure game Crackdown 3 will be released on November 7th for Xbox One and Windows. And it features beloved actor-slash-athlete Terry Crews as the character Commander Jaxon. Crackdown is an Xbox-exclusive sandbox franchise in which the player is a superhero “Agent of Justice” who, uh, cracks down on crime. Crackdown 3 takes place in a futuristic, cyberpunk city where players will “cut through gang-infested streets in a transforming vehicle, and wield amazing abilities to dismantle a ruthless criminal empire.” Also, they explained, Crackdown 3 would be one of Xbox’s “Play Anywhere” games, so purchasing it for one system means players have access on both and it also It launches the same day as the Xbox One X. Release date: November 7th 2017

At E3, Rare showed off a Sea of Thieves mission that began with a group of pirates readying their ship for sailing. They then swam down to a shipwreck and plundered it for treasure before being chased back to their boat by a school of sharks. Back on the mainland, the group explored a cave and solved some light puzzles while attempting to find a secret treasure. While one player carried a chest (thus being vulnerable to the group of skeleton enemies hot on their tail), the others had to protect him using swords and guns. Release date: Early 2018

This was probably one of the funniest E3 trailers I have watched. His name is Bruz the Chopper, star of the latest Middle-earth: Shadow of War trailer. Bruz’s winning banter with the player captured my heart and I’m sure the hearts of a lot of viewers, made all the better by his sultry voice. The majority of the trailer shown during the press conference revolved around the player trying to take Bruz down. Maybe we’ll get a chance to work with him, not against him … but Shadow of War isn’t called Shadow of the Orc Harem for a reason. Release: October 10th 2017

Anthem is the first new IP from Bioware, the talented minds behind Mass Effect, in almost a decade. It’s set to take players to a broken, battered post-apocalyptic setting filled with gnarly looking creatures. It is an open-world RPG that takes place in a strange, hostile alien world where humanity lives in a giant walled city, hiding from giant monsters. You take the role of a Freelancer; a heroic group that act as humanity’s guardians and scouts beyond the wall in Iron Man-like suits of armour, known as Javelins. Having just been announced, Anthem won’t be coming our way for a while. EA and Bioware has said it will be launching in fiscal year 2018, which spans from April 2018 to March 2019.

Life is Strange Before the storm

Being a lover of Life is strange I was obviously trilled to see a trailer for this. Get ready for a hella teen time in Life is Strange: Before the Storm, a prequel starring Chloe and Rachel before the events of the first game. There will be three episodes total, with the first one releasing on August 31st. It will be an Xbox One X Enhanced title. The game appears to focus on two major characters from the first season of Life is Strange, which launched in 2015: Chloe Price and her best friend, Rachel Amber. Before the Storm will be released across three chapters, unlike the five-episode Life is Strange, which was developed by Parisian studio Dontnod Entertainment. Before the Storm is being made by Deck Nine Games, the Denver-area developer that was founded in 1997 as Idol Minds. Release date: August 31st

There were in total 42 games shown at this years Xbox Showcase and that’s a hell of a lot of games to cover! Here are some of the notable ones shown:

What was your favourite from this years Microsoft E3 2017? Or were you disappointed? Either way, let us know in the comments below!