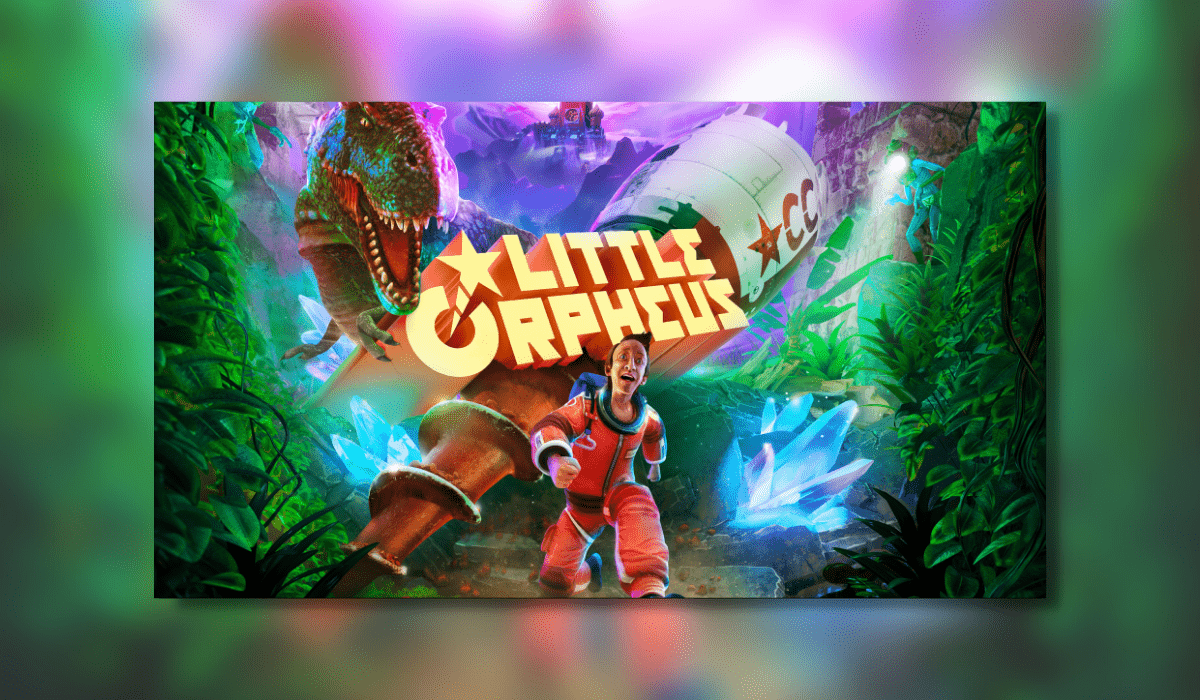 For me, gameplay is always king. Being a rare exception to this rule, Little Orpheus is the first game I can think of that flips this train of thought on its head. It surprised me in such a delightful way.

Developed by award-winning Sumo Digital subsidiary The Chinese Room, this title began life as a mobile game. The Brighton-based studio is quickly garnering a reputation for having a penchant for epic storytelling, with previous titles such as Everybody’s Gone to the Rapture and Dear Esther.

This console &  PC port was handled by the team at Sockmonkey Studios and it launches on Playstation, Xbox, PC and Nintendo Switch on March 1st 2022.

Played here on PS5 in backward compatibility, the PS4 title has an install size of 6.95GB. If you enjoy reading this review you can check out our other PlayStation reviews here

The game centres on the debriefing of Soviet Cosmonaut Ivan Ivanovich, who 3 yrs previous disappeared while on a mission to the earth’s core in a nuclear-powered exploration capsule called Little Orpheus. The debriefing is carried out by imposing Soviet General Yurkovoi, who is trying to find out the facts of why Ivan disappeared, where he has been for the past 3 years and more importantly to him – the location of the atomic bomb lost somewhere under the surface of the earth.

As Ivan’s recounting of the story becomes more and more outlandish and fantastical, the General is taken on a ride of becoming increasingly infuriated yet intrigued. Ivanovic has witty answers and takes they journey on new twists and turns with every probing question that is put to him.

The game’s controls are very familiar with the schemes used in other platformers, so it all felt very comfortable. Jump, swing, slide and vault your way through fantastic worlds, avoiding the many perils you encounter along the way. Nothing here is reinventing the wheel and I think that’s part of what the dev team are trying to accomplish.

Where it does differ however is in the style of its presentation. Structured into 8 episodes it plays out like the episodic adventures of old, each with opening titles (including catchy theme tune), end credits and paused cliffhanger ending complete with excitable narration – “Will our hero escape the jaws of impending doom? Find out on the next episode of…. Little Orpheus!”

The worlds, characters and creatures are so beautifully designed and they match to a tee the extraordinary story that Ivan is telling. The HDR implementation makes the colours pop with such vibrancy. It’s a sort of 2.5D presentation with gorgeously detailed environments.

The lighting showcased here deserves a mention too. It adds so much to the depth and richness of the worlds that it almost aids Ivan in making them more believable.

So elegantly crafted, the score of Little Orpheus is exceptional. It intricately weaves together all the elements of the adventure, lifting the title to another level. It so brilliantly spells out what’s going on in the adventure with notes and melodies at times matching Ivan’s movements. Composers Jessica Curry & Jim Fowler have crafted something very special here that wouldn’t feel out of place in something like the Star Wars movies.

The heart of the adventure though is the delivery of the story and I must commend voice actors, Gunnar Cauthery (Ivan) and Paul Herzberg (General Yurkovoi) on their excellent performances. Not only do their individual performances work so well but it’s the interaction between them and the chemistry they have together that really elevates this as a really stellar experience.

I would have liked to have the option of having all of the debriefing audio come from the controller speaker as I played. I think this would add nicely to the delivery of the story.

On a negative note, there are some wonky animation transitions and some object interaction alignments that would benefit from some extra polish. I found myself frustrated a number of times by not being able to interact with objects as a very specific character positioning was required.

I also found some issues with menus between episodes where I got stuck with no way to access the main menu or return to the home screen. This required either entering the next episode when I didn’t want to or exiting the game altogether.

Completing the game took me around 3-4 hrs with each episode taking between 20 and 30 mins to complete. There is not much challenge offered in the platforming so it’s quite accessible for the casual gamer. There’s also a bonus episode included after completing the main 8 episodes.

What it does offer replayability wise though is “The Lost Recordings” mode. On completion of each episode, this new mode for that episode is unlocked. This tasks you with finding orbs throughout the episode and thus rewards players with new character outfits, concept art and storyboards.

“So why would I want concept art and storyboards?” I hear you ask… Well, what the team have done here is quite ingenious. As you view each unlocked collectable our whimsical hero Ivan comments on what we are looking at, delivered in his own very unique hilarious way. A really nice bonus as I was left wanting more of Ivan after finishing the game.

Little Orpheus delivers on The Chinese Rooms’ goal of crafting the types of games that we love and are familiar with but delivering them with their own brand of twist. An epic tale filled with humour, gorgeously designed worlds and truly stellar score and voice acting.

This adventure is one that I really didn’t want to end as I had become so enamoured with the 2 main characters and the dynamic between them.

I sincerely hope that we get more of Ivan Ivanovich in some shape or form in the future. Little Orpheus takes home the Thumb Culture Gold Award.