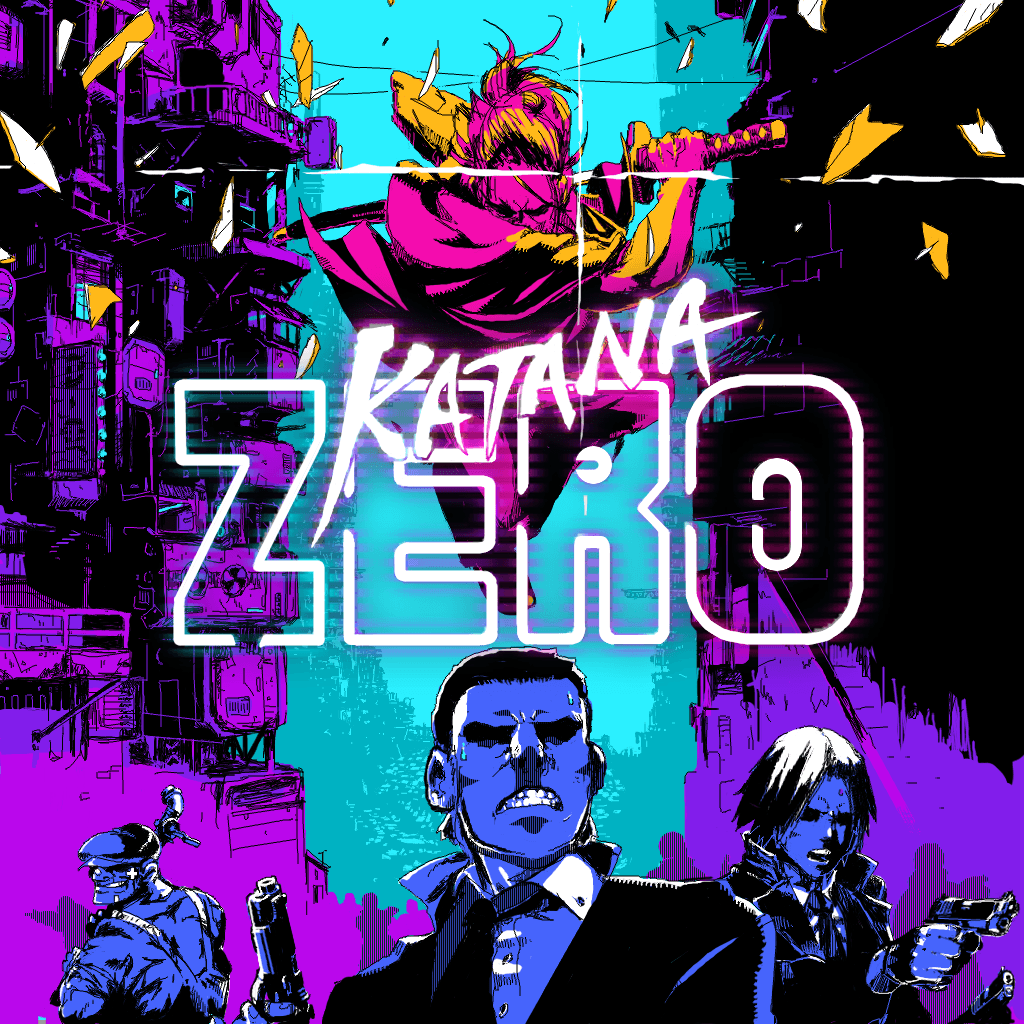 Katana ZERO is a hyper-violent fast-paced side-scrolling action platformer developed by Askiisoft and published by Devolver Digital.  It is being released on Windows and MacOSX via Steam in March 2019. Originally shown off back in 2015, It has been met with mixed opinions ranging from excitement to rolled eyes. Some have said that they considered it TOO stylish, whereas others have praised it as an immensely impressive offering from the small studio Askiisoft.

This preview is based on an early release version of the game.

Katana ZERO is a single player neo-noir action platformer featuring fast-paced combat and instant death, similar to Hotline Miami. In Katana ZERO you play as a Samurai in a cyberpunk styled city. You set out on missions using his ability to see the future, and using this ability you plan out your assault on each level. Once you finish a section of a level there’s a playback showing what you planned being executed in real time. You have the ability to roll to avoid attacks and also can slow time for a limited duration to react and deflect bullets back to their point of origin. Katana ZERO also features stealth sections where your mission is to be carried out without killing anyone but the target.

Between missions, the player character visits various other locations including his apartment to sleep or a bar for a drink with some locals. In these locations, there are small bits that get added to the backstory of the character.

So many things about this game bring back happy memories of playing Hotline Miami. Katana ZERO is an exercise in slash-happy murder sprees, and it does it spectacularly well.

The controls are very simple, though I found myself pressing the wrong button to dodge roll out of habit. The controls are attack, dodge, pickup item/throw, sneak, jump and focus (Slow time). You can wall jump or attack in any direction you press the thumbstick or D-Pad. It makes traversal of the levels pretty fun and leaving no witnesses pretty intuitive and satisfying.

The game also features a real-time dialogue system that the player can use to interrupt an NPCs speech. Dialogue options do carry consequences from time to time, and this is played on with the time manipulation in a pretty fun way.

As with previous Devolver Digital titles, this game features amazingly detailed high rez pixel art, which allows the game to run silky smooth on almost any hardware. The animations are very detailed, and really breathe life into the world. I for one am a fan of all the indie games that are coming out with various styles of pixel art, but Katana ZERO has quickly taken a place near the top of my list of the best looking indie titles I’ve had the pleasure of playing.

The soundtrack for Katana ZERO is synthwave, featuring songs composed by Ludowic and Bill Kiley. I was playing with headphones on, and the music really added something to the game for me. It fit very well with the game’s setting and aesthetic. The rest of the sound effects in the game were pretty well done, but the main focus seemed to be on music. There’s just something about murder and loud repetitive synth music that just makes me warm and fuzzy inside.

This kind of game doesn’t really offer a whole lot in the replayability department, but I can see where some people might get extended enjoyment out of it. While the game is very well executed, I don’t see it getting much play after the initial playthrough. The only reason I could see for someone going back to it would be to see what decisions might change the outcome of the story if any. It was hard to tell from this demo offering whether your decisions would change much along the course of the storyline.

It’s very obvious that Katana ZERO is for fans of Hotline Miami and high rez pixel art, so unless that’s something you’re into, you should probably pass on this one.  I for one will be picking it up when it comes out to see the rest of the game, as I thoroughly enjoyed what I played already of it.

Disclaimer: A code was received to review this game