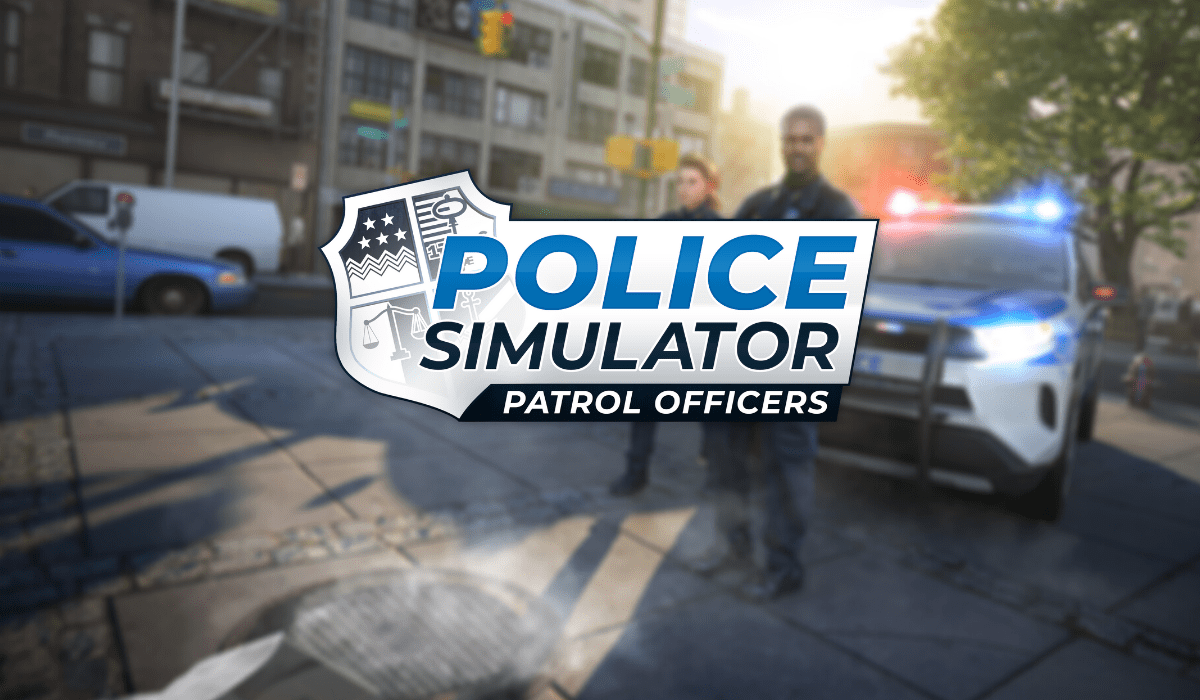 Via a press release, astragon sent out news that Police Simulator: Patrol Officers is set to come to Steam Early Access during Spring 2021. It is built on the Unreal 4 engine, so has the potential to look stunning. In the provided screenshots it certainly looks like it’s off to a good start, as in the below image.

I do like the sound of the following for Police Simulator:

“You can take up your badge as a male or female US police officer and go on patrol in the streets of a fictitious North American metropolis. Handcuffs and radar gun on hand, you will tackle many interesting shifts in the first district
and five neighborhoods of a bustling American city – with more to come in future updates.”

And you can see the radar gun in the below screenshot:

I for one will be keeping an eye out on this. Keep an eye on the site for more information about Police Simulator in the next few months! – Let me know in the comments what you think of this announcement, is it your kind of doughnut? or just more paperwork?

Check out the game trailer below.

Can't Drive This is a multiplayer party racing game brought to us by Pixel Maniacs. You need at least two players because as one is...

I recently touched base on Police Simulator: Patrol Officers, a new game revealed by astragon Entertainment, it will be coming to Steam early access Spring...