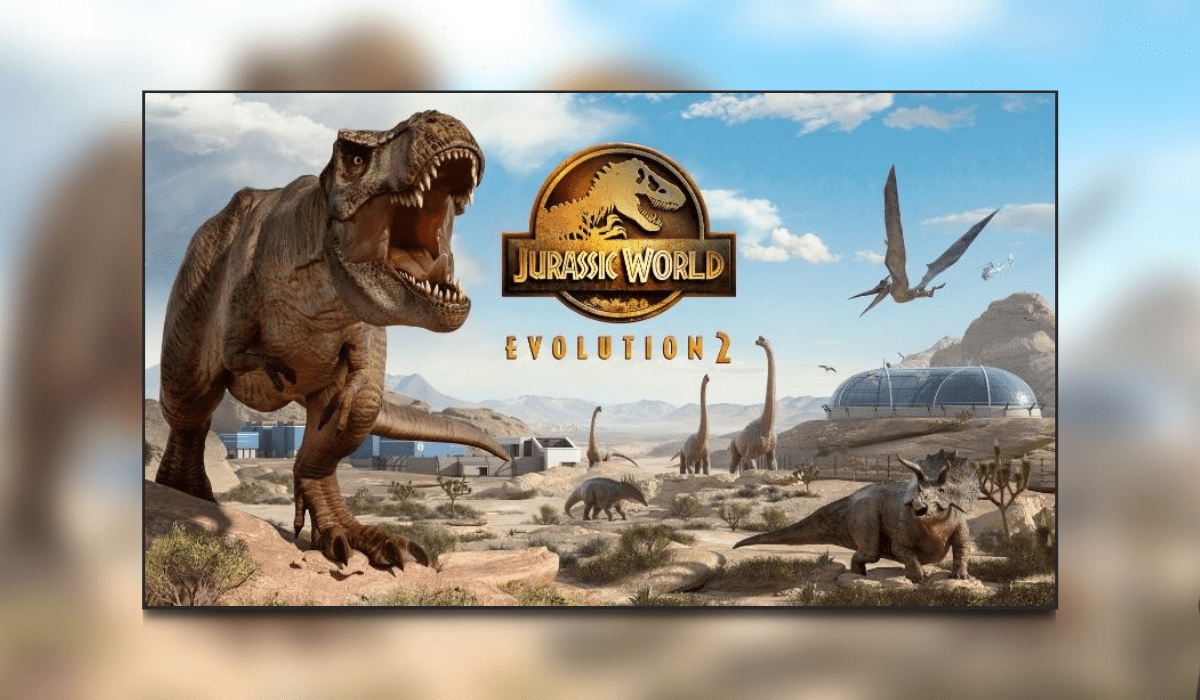 For as long as I can remember I have been a fan of building simulator games going all the way back to Sim City on the PC in the early 90s. Playing the first Jurassic World Evolution was an absolute treat. A fantastic game that appeared out of nowhere and took players by surprise. So now we take a look at the Xbox One Series X version of the sequel and see if it holds up as a true successor.

As usual, if you enjoyed this review then why not check out my latest one here. You can also catch up with what the rest of the Thumb Culture team are up to on our social media.

With the first Jurassic World Evolution being such a hit with not just dinosaur fans. But simulator fans. It was a hard task to make a sequel that could match it. Or maybe even better and I think Frontier Games have managed to accomplish it.

In Jurassic World Evolution 2 you once again are tasked with building the park of your dreams while also completing missions. You pick up after the events of Jurassic World Fallen Kingdom. Where dinosaurs are now roaming freely in populated areas and it’s your job to capture them and keep them from harming the general public.

While the story is set in 5 different cities around the world that is all there is to experience and each chapter is very short. It does give you the feeling that there will be more locations and chapters to be added. But we will have to wait for the next movie in the franchise to find out about future DLC.

Rome Wasn’t Built In A Day

Where the game really excels is in its game mode Chaos Theory. This mode is absolutely fantastic and a must for fans of all the movies. Chaos Theory lets you run the park from each film franchise to your liking. You basically rewrite movie history.

What if Dennis Nedry never worked at Jurassic Park? What if you took over Ingen from Jurassic Park Lost World and didn’t make them an evil corporation? I gotta admit that even after playing the hell out of the first game. There are some tweaks to the game that takes some getting used to. Don’t get me wrong the improvements to the core mechanics do make it easier to manage but it does take some perseverance.

Although a couple of annoying things make a return in the sequel. One is the usual annoying park restrictions where just the littlest tile can spoil a good park design. But the most annoying thing that makes a return is the driving of the park ranger vehicle. Why has this not been fixed? The car gets stuck at almost everything. Where the grass is too tall it won’t move or can slide all over like it’s auditioning for The Fast and Furious. Then it gets stuck on the slightest little pebble, but yet when it comes to water it has no problem.

Playing on Series X at 4K really does make a difference to the game. Not saying the game wouldn’t be great on a standard console. But the graphic improvements and stability just make the experience better. The graphics are fantastic. If dinosaurs could sweat then I’m pretty sure you would be able to see it. From every grain of grass right down to the structural carnage the dinosaurs can inflict.

The music is great as well with the famous John Williams soundtrack we all love. Plus the return of some franchise favorites including Bryce Dallas Howard and the ever-so-charming Jeff Goldblum. The voice acting of Owen Grady is over the top as usual and I’m not keen on the actor who portrays Sir Richard Attenborough’s beloved John Hammond character. He just sounds off to me.

The story mode of Jurassic World Evolution 2 is a little too short for my liking but it’s obvious that there will be DLC released in the future that will continue the story. You can spend all your time in the Chaos Theory mode as you go through the five movies in the franchise.

Then there is the sandbox mode where you can build to your heart’s content without any restrictions. I spent roughly around 30 hours and still never finished every movie in the Chaos Theory mode. But with it having a sandbox mode and with the usual tropes of building simulator games. You could easily spend months playing this game.

My final thought is that Jurassic World Evolution 2 is a great sequel and I’m really looking forward to more content in the future. It’s the perfect game to lose yourself in for a few hours and relax. Deep down in my heart, I wanted to give the game a Platinum Award but I just can’t forgive the fact that the restrictions and driving haven’t been fixed.

So with that in mind, I am going to give Jurassic World Evolution 2 the Thumb Culture Gold Award.