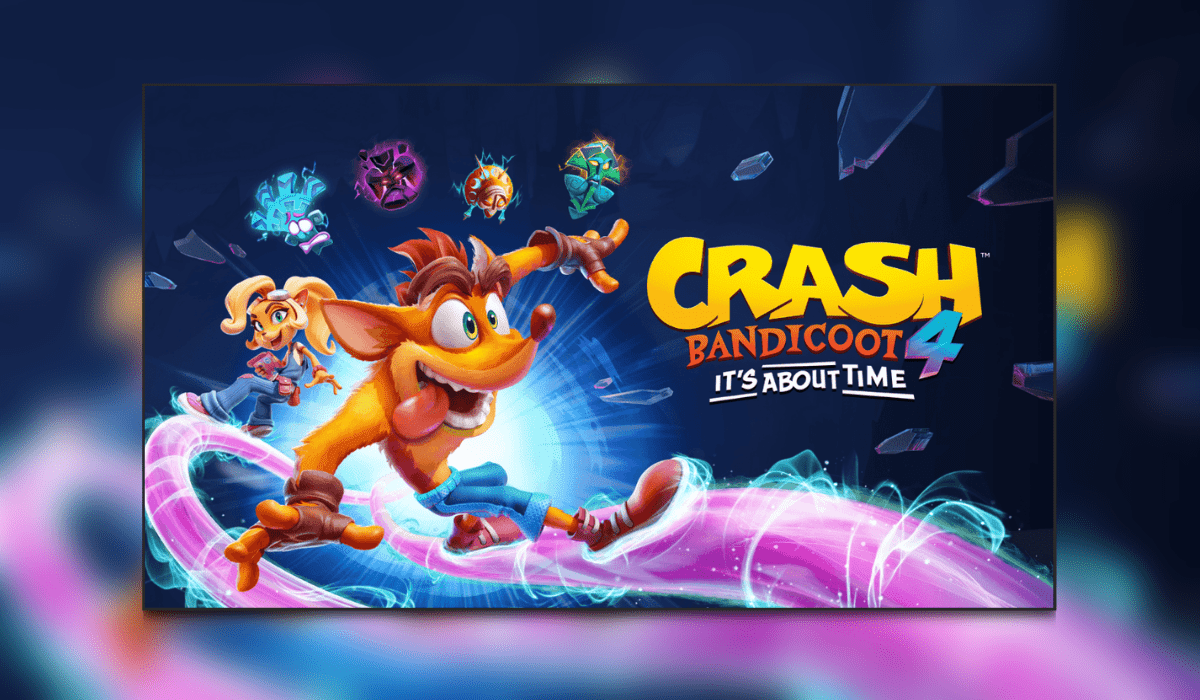 Lately, my son has shown quite an interest in gaming. Whether that be child-friendly streamers showing us games like Roblox or hands-on with mobile gaming on the iPad. I thought it’s about time I introduced my son to gaming. I grew up in the NES era of console gaming and that was originally my go-to. However, characters from the Playstation 1 era are the ones that really stuck with me. Therefore I couldn’t think of a better game other than Crash Bandicoot 4 – It’s About Time!

Daddy Why Did They Make It So Difficult For Children And Adults?

Was I wrong to chose this particular one? And just how did this introduction go? Keep reading to find out! If you are a Crash Bandicoot fan and are looking for the full review then I highly recommend you check out our review by Bri for Crash Bandicoot 4 – It’s About Time here! In this article, we will be looking at the gaming experience with J my 4-year-old.

The first thing I did when loading Crash Bandicoot 4 – It’s About Time, was to check the options for difficulty settings. This was before I knew how difficult it was. I wanted to ensure that if there were options available to make the game slightly easier, that these were selected. J dubbed this as looking at the boring stuff, however his eyes soon lit up when he saw Crash on the introduction video. Not only did Crash impress him, but he also recognised the Spyro ring at the start of the game.

When did Crash Bandicoot become such a difficult game!? I was honestly blown away by all of the different mechanics which was layered over the nostalgic game I once knew. It was like tucking into that 80’s supermarket trifle that takes you back. Only to find out that they have added ghost pepper chilli to the jelly! Did this stop the introduction to gaming with my 4-year-old? No, it only gave us the fuel for the fire. We were determined, no matter how many deaths would bestow upon us!

The abundance of different enemies and their fun attributes made Crash 4 a fun yet challenging start. Fortunately, J wasn’t put off by the difficulty. He was far too excited exploring what he could and couldn’t do within the environment. I thought I would be explaining everything to him, however, during his first playthroughs he was explaining to me which boxes I could and couldn’t spin on. The colours within the game are bright and helped with keeping him interested. J did enjoy what the game had to offer, however, I could tell when the game was getting too difficult as he would begin to see how many times he could get Crash to fall off the map.

Crash Bandicoot 4 – It’s About Time is difficult for children and even adults who are new to gaming. As an adult, yeah it’s embarrassing to see that you have dies 78 times on a level with such bright and cute aesthetics. However, a kid won’t care! As long as they can keep playing the game and they are having fun it doesn’t matter to them.

On starting Crash I did let J just play have some free roam time to try and get used to the controller. He was playing on an Xbox Controller for PC. He did find it quite difficult to hold at the start. Mainly due to the analogue sticks been in different positions on each side, however, he soon got used to it. I have since tried him with a Playstation DualShock controller and this came to him a lot more naturally.

There are so many controllers on the market at the minute. It’s definitely, something to think about when you start to think about introducing your children to gaming. It might be that your child even takes to old-school arcade-style controllers to start out with. I personally feel is all about making the game as comfortable as to play. In turn, it will make it more enjoyable for both parent and child.

My son is only 4 years old and for obvious reasons, I didn’t want him spending hours and hours on the game every day. We found a sweet spot of around 1 hour to 1.5 hours of gaming every couple of days. During this time we were doing the classic when you die you pass the controller on. He got a surprising amount of game time in despite the game being quite difficult compared to its predecessors.

For him, it felt like quite a long time as he was also watching me play (and die) during this time. I really enjoyed this new time we were having together due to gaming playing a huge part in my life. Although according to him, he is way better on Crash Bandicoot 4 – It’s About Time than me! I have to admit, I did die on purpose quite a few times so J could have more game time. I don’t think he was suspicious, not that he would tell me anyway as he is getting more time controlling Crash!

I was always sceptical around when I should potentially let my son play on the “big computer”. In one way I was worried about what others would think. I hear so many parents talk about gaming in such a negative light, especially when it comes to children. I think this was one hurdle I personally had to get over, to not feel judged. However, gaming can really improve certain elements within children. My son’s motor skills have vastly improved for one, being able to use the controller was not a strong point. Within a few sessions, he was just as good as me.

For us, this was the right time to introduce gaming to our son and I do not regret it one bit. Does he talk about it a lot? Yes. But with the restriction of game time, it has just become another thing we do together. We will be making great gaming memories he can look back on and laugh at when he is older.

As J would say – “GGs Everyone” 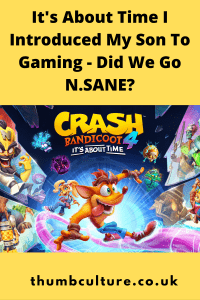