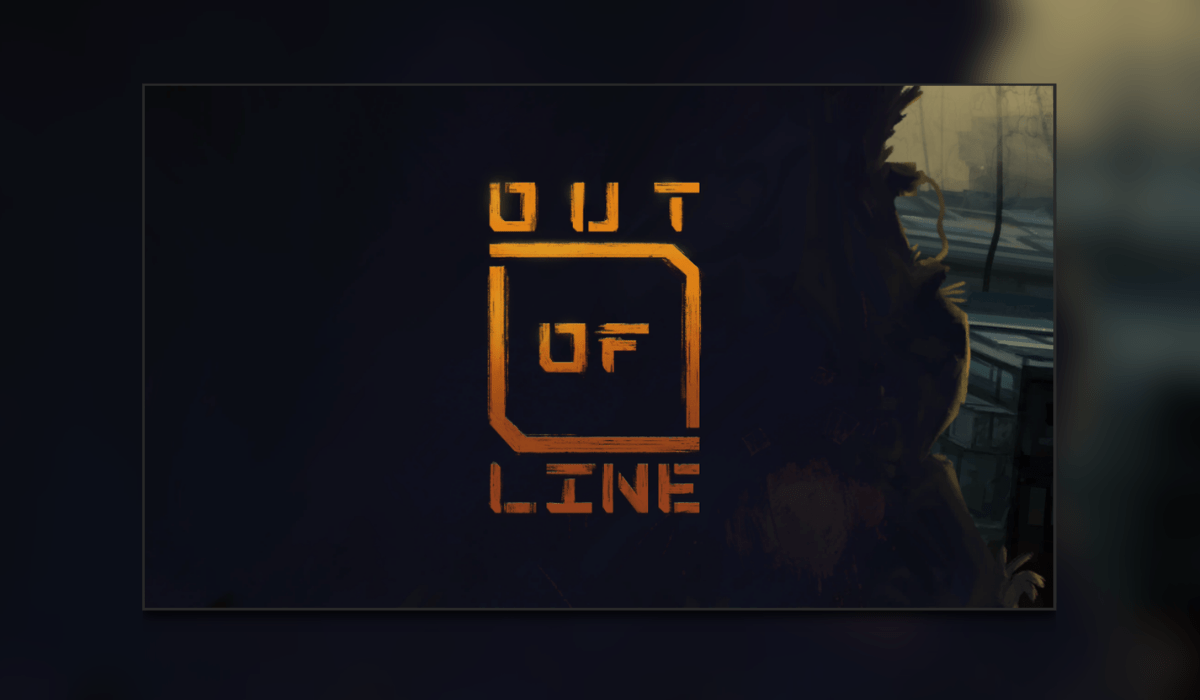 Out of Line is an upcoming 2D side-scrolling puzzle game developed by Nerd Monkeys and published by Haninh Games. It is due out on PC, PS4, Xbox One, and Switch this year. Playing through the preview the game gave me Inside/Limbo vibes in a big way. I dare say that if you enjoyed those games, this is going to be a must-play for you when it releases.

Out of Line – Exploring, San’s memory.

Play as San as he attempts to escape the factory he once called home. Judging from the trailer, the story will revolve around uncovering memories and discovering the truth about who you are as you journey eventually, hopefully, to freedom.

In Out of Line, San’s primary talent is a spear throw. Along with the standard sideways movement and jump, your puzzle-solving is achieved via a combo of spear throws and moving weighted blocks. To introduce you to the mechanics, the first few puzzles have you using your spear to create ledges for San to reach higher platforms. This then evolves into using it to jam gears, press switches, and operate moving platforms. Though you start off with and have just 1 main spear throughout the chapters I played, at times this is complemented with additional temporary spears. These spears only stay active for a short time, adding to the complexity of puzzles. I had no doubts that this complexity will be built upon in the final game.

I also faced stealth-like and chase sections while progressing through the preview. The main antagonistic force in the game comes in the form of huge mechanical claws. I encountered these a few times as they either pursued me through a platforming section or could be seen attacking others like me in the background. Unpicking and discovering the story of Out of Line seems like it will as much of a puzzle as the puzzles themselves.

The graphic style of Out of Line is a wonderful hand-painted presentation which at times evokes memories of Ori. The brush strokes in the environment and characters are very evident and lend to the beauty of your surroundings. Even when maintaining this aesthetic, detail is not lost. With numerous levels of depth to the environment, you shouldn’t have much problem determining which platforms are available for you to interact with.

One thing that really made an impact on me while playing was the sound design. Eerie backing music or lack thereof, though quite subtle at times, had chills running through me. This was especially true during the chase sequences which were dramatic and tense. The noise the claws make as they attack you is a suitably horrifying mechanical scream that will add to your desire to avoid them.

Out of Line is one to watch, especially if this style of 2D puzzler is something you enjoy. I’m intrigued by the small story elements that have been shown in this preview and how it all ties together. What are the magical cubes? How do they tie in with the tree? Why is the factory trying to capture and or kill San? All these questions will be answered and some great puzzling fun will be available along the way. 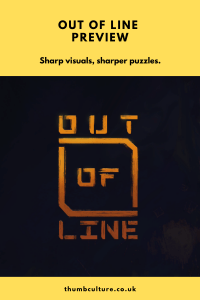