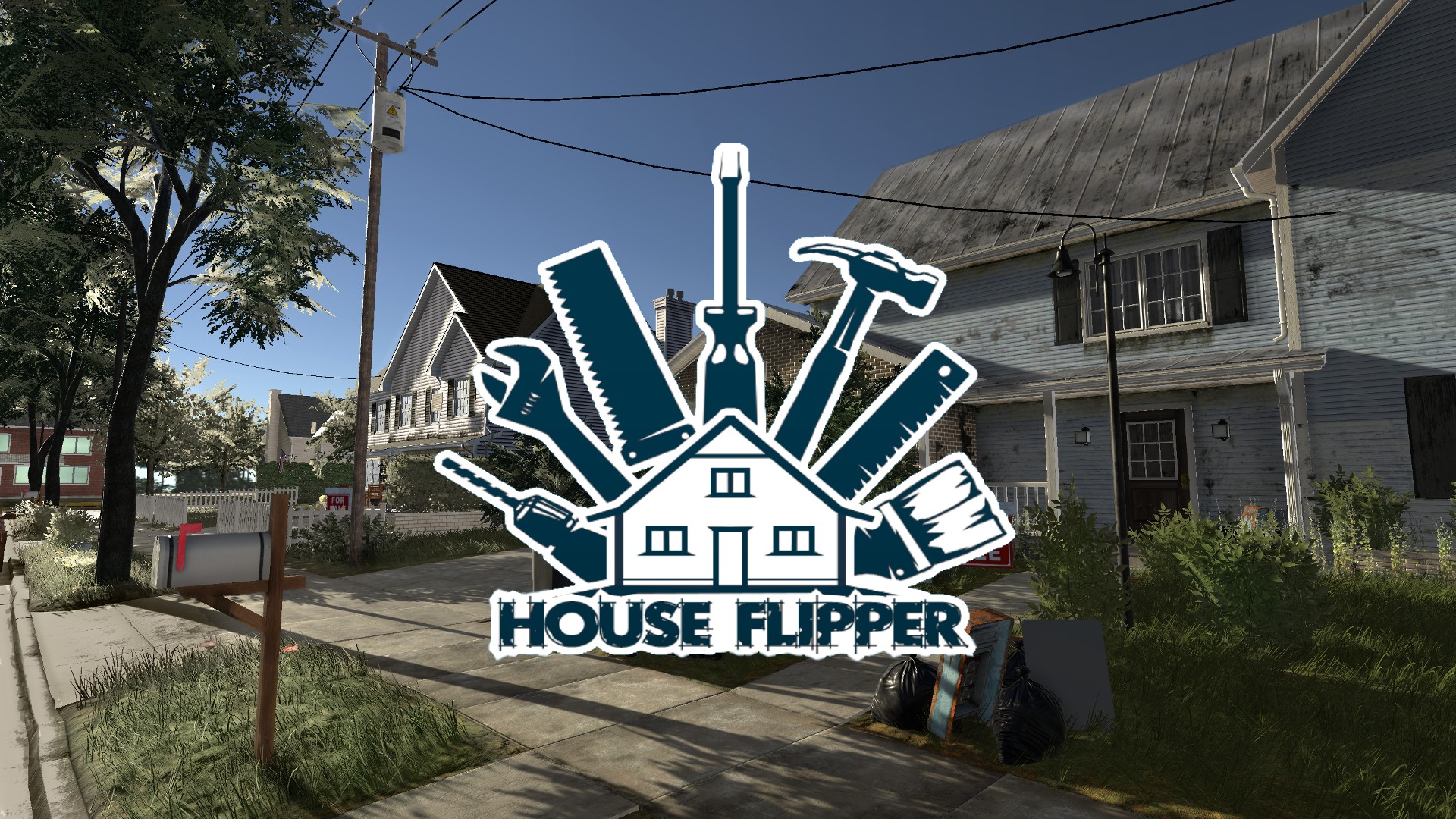 House Flipper is a Casual DIY / building sim from Empyrean. Basically you’re a one man renovation machine. Working from doing odd jobs for people who need repairs etc. all the way up to flipping houses for a profit (Guess the title makes sense.. although not going to lie I was imagining flipping houses like burgers, with a giant spatula).

The biggest question for me was, Can Virtual house work actually be fun? Let’s find out…

Let’s be honest, you have to be a pretty ‘special’ person to enjoy doing house work or DIY, I’m sure 99% of people would much rather have someone else do it for them (or else why would house keepers and repairmen have jobs?).

Well at the start of House Flipper you’re basically a housekeeper. You need to do odd jobs to earn cash to take on and unlock the bigger tasks. Expect to be cleaning up trash, cleaning and dusting etc. For a while at least. The only difference is that what would take you a day to do in the real world takes about 10 mins in game.

There isn’t exactly a tutorial to work through, but this isn’t important because the instructions are right there on the screen for you to follow every time you start a task making it nice and easy right from the start.

The controls are pretty standard, keyboard for movement and menu’s. Mouse for turning other interactions. I have tried to connect up a Controller for this game but up to yet had no joy getting it to work comfortably. Still had to use the keyboard etc. for certain functions.

There’s a bit of a perk system included where the more you do a set task the better you’ll get at it and the better equipment you can get to work with. While fairly simplistic it does give you a bit more of a target to make sure you get every little job completed.

As you progress through House Flipper you will obtain more skills and jobs you can tackle such as wall construction/demolition, Bathroom and Kitchen Re-fits, all the way up to a complete house renovation.

For anyone with OCD or those budding house designers this will be a dream. However, for the standard gamer I did find that after a couple of hours it was very repetitive and I found my attention wandering onto other things.

Being honest this will depend on your PC more than anything else. I have tried it on a couple of different machines with the graphic settings at the worst and best. While there is a clear difference in appearance I wouldn’t say that either of them detract from the game and the tasks you have to complete.

Something that I was pleased to see was the addition of the ‘gallery’ section in the menu which allows you to upload your own images and use them as artwork for the walls of the houses. Why mention this in the graphics section you ask? Well because the most important thing here is the quality of the image upload and appearance. I am pleased to say this works perfectly, the images are just as crisp in game as the original image you uploaded. 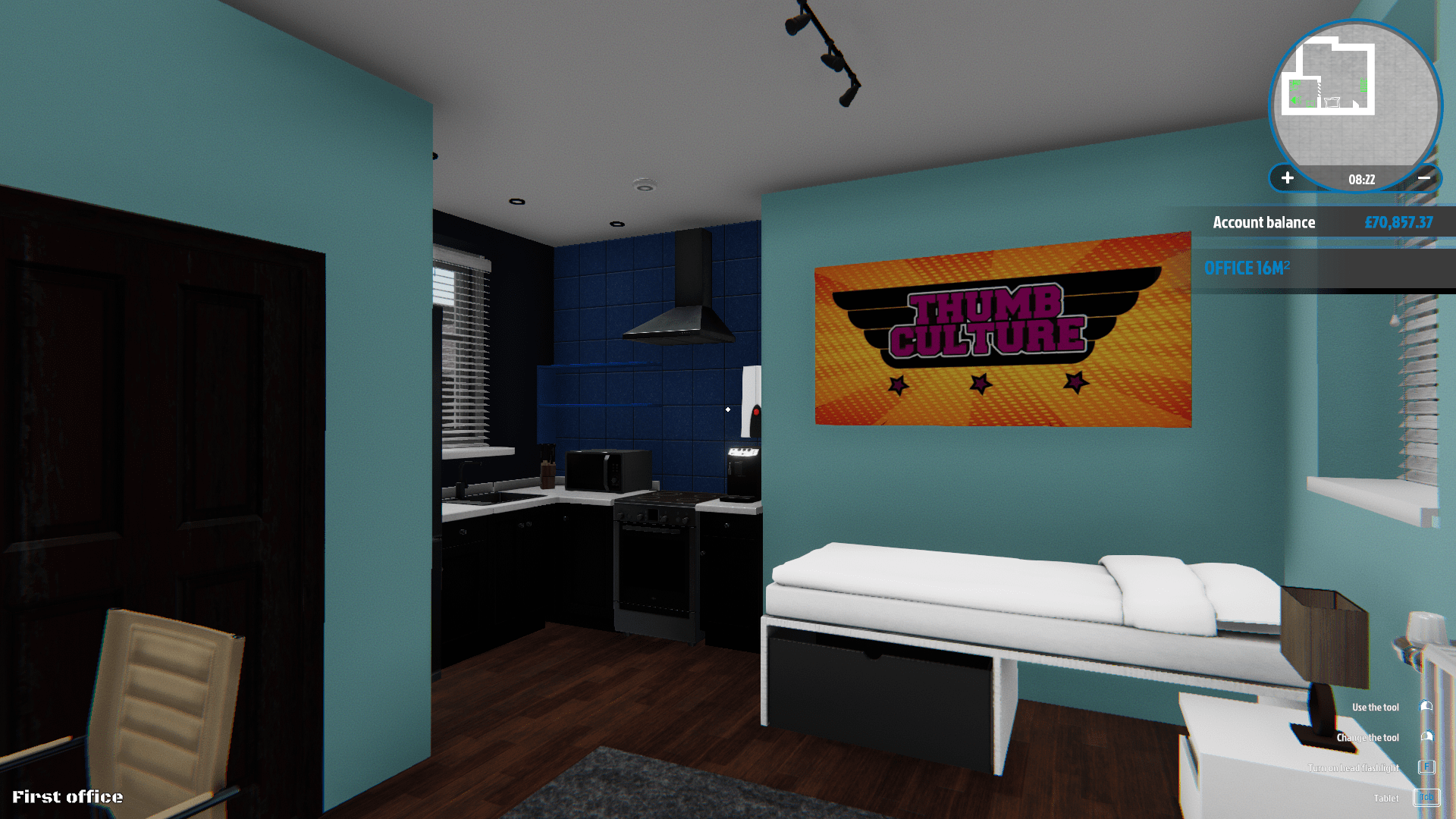 There are some issues with screen tears and frame rate drops when playing it at the higher end of the graphics settings. Especially when trying to do some of the more intensive tasks (Like Cleaning Windows). At times I found this also caused a little lag here and there but nothing too problematic.

As it’s a casual game I don’t think it’s too much of an issue or going to pull people out of the experience too much.

Not really much to talk about here, the audio is very much background noise as let’s be honest would you really want to hear the grunts and noises of someone doing manual labour?

I think what would be nice here would be the ability to include your own music library to play in the background, sort of like an in game stereo as I’m sure we can all agree, when you work at home you put the radio on.

As House Flipper is very much a casual game, you can continue to buy houses and do them up over and over until your heart is content. The key factor here is going to be boredom from repetition in my opinion.

I have seen some additional DLC has been released in the form of an Apocalypse bundle and I have also heard that Empyrean are looking to include other things such as Crime Scene clean-up etc. to add some variety. Unfortunately I didn’t have access to these at the time of the review so while I like the idea of them I can’t say right now if they are breaking the mould or if it’s just more repetition.

Final thoughts on House Flipper? It’s a game that I think a lot of people will enjoy and find they can play and enjoy when they are looking to relax. Even use to try out ideas for their own home (although limited at present).

My biggest concerns here are that given time it may be one of those games that finds itself lost within the Steam library as new titles are released unless there are constant new additions to keep it fresh.

Its most definitely enjoyable and at a decent price point so I think House Flipper deserves the Sparkling Clean Thumb Culture Silver Award.

One thought on “House Flipper PC Review – If Only Housework Was Really This Easy!”