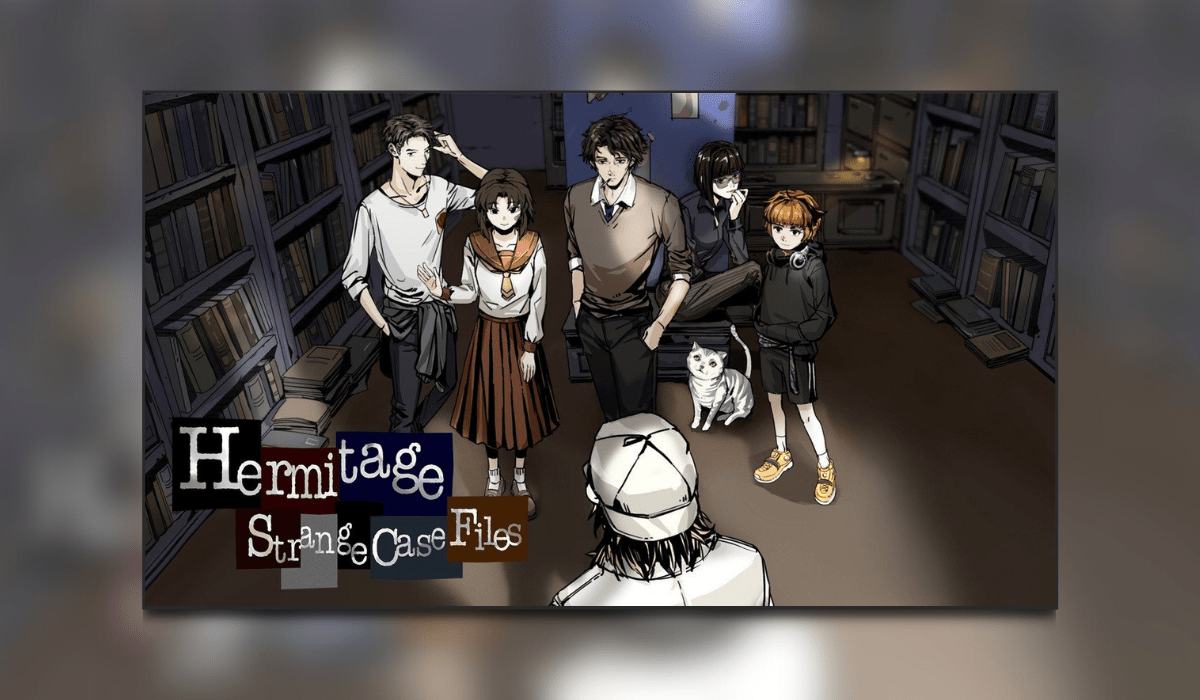 Hermitage: Strange Cases Files is a paranormal horror mystery game delivered as a visual interactive novel. From developer Arrowiz and publisher Giiku Games. The game puts you in the shoes of the unnamed manager of Hermitage, a lesser-known specialist book store in Japan. Told over multiple chapters with each bringing new characters with their own stories with a dark narrative at their core. The store manager and his allies & friends work to solve these mysteries and stop the dark forces at work.

Previously released in China on PC in 2018, it is available worldwide now on PC, Switch, PS4 and Xbox One.  If you enjoyed this review then why not check out my review of Youtubers Life 2 right here.

Hermitage: Strange Cases Files – The Truth Is Out There!

There is nothing quite like experiencing a spooky story and Hermitage delivers exactly that. If you have played or are planning to then let the TC team and I know in the comments.

I was able to play the first chapter of Hermitage: Strange Cases Files as part of my review of the PC version. The first mysterious tale begins when meeting Cecile, a teenage outcast experiencing terrifying dreams. It turns out these dreams are also showing real-life events that she couldn’t possibly know about. Seeking wisdom from the books in the store but instead, the store manager decides to help her solve these bizarre events.

A lot of the game is delivered through dialogue between the store manager and other characters. I understand that text was easier to deliver conversations but being so character rich I felt the lack of voice acting at times. I did become invested in the story quite quickly which says volumes. When it came to the story and mystery but also with the characters such as Cecile. I only had access to chapter one but Hermitage came with many hints of a deeper backstory with the store manager which I hope will be explored later in the game.

The actual gameplay moments of mystery-solving I felt came few and far between. The daily discoveries could be read in notebooks or online forums and using these pieces to put the puzzle together. I found that when it came to act e.g. dialogue choices to help Cecile open up, had more weight. I learned the hard way that failing a puzzle can lead to an untimely fate for some characters. That did feel a bit unforgiving but added to the dark tone of the story.

My review is based on the PC version of Hermitage: Strange Cases Files where except for resolution, the graphic settings are all set in stone. I found the design and very deliberate environments to interact with will run smoothly for most systems. I found the stylised graphics reminded me of games like the Persona series and worked just fine with the gameplay and settings. At least in chapter one, the supernatural entity was visually disappointing but overall I didn’t find it lacking with the visuals.

The audio of Hermitage was perhaps one of the game’s weak points. There was no voice acting which for me a was let down given how conversation-heavy the game is. The soundtrack and score were by the numbers for the most part. Only at times of intensity such as encountering a paranormal entity did it change and even then I didn’t feel it added much to the scene.

Hermitage: Strange Cases Files does follow a linear story but the puzzles and choices throughout each short story or chapter lead to different endings. Be it curiosity or getting a better fate for the characters, returning and seeing those play out may be worthwhile. The story itself I experienced was interesting and revisiting led to new perspectives which were worthwhile.

I enjoyed playing Hermitage: Strange Cases Files and it was a good experience. It does indeed deliver a dark narrative and a spooky story for the store managers and others. I found the story engaging and became invested with the characters and their fates. The puzzles were sparse and if failed had more serious consequences such as bad endings. The visuals and audio did the job but at times were a bit of a letdown, especially with the supernatural entities. I can easily see going back is worth it to see some better outcomes for the characters. Or perhaps to see how other choices play out if going down another path.

I am pleased to give Hermitage: Strange Cases Files the Thumb Culture Silver Award.