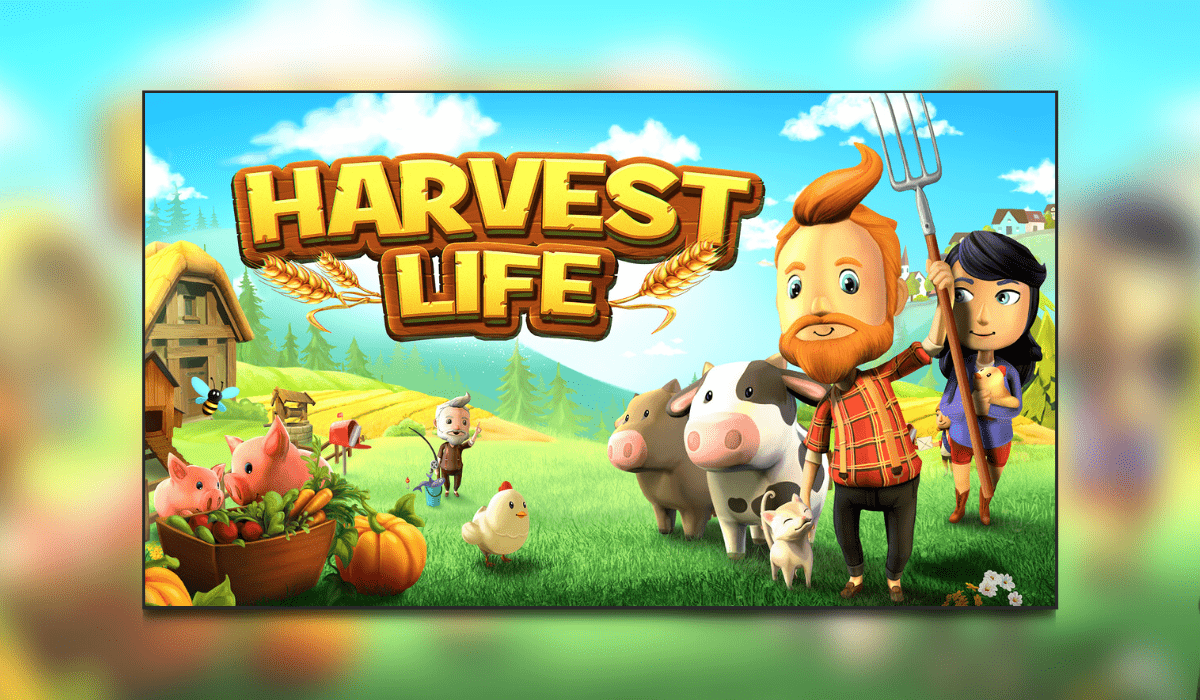 Developed by Bumblebee and published by rokaplay GmbH. Harvest life is an adventure, simulation game. It was released on the 10th of November 2017 for the Nintendo Switch, Xbox One, Playstation 4, and PC.

Harvest Life – Farming Is meant To Be Charming

For years farming simulation video games have always had a certain charm to them. There is something about them that draws gamers in with their simplicity and easy-on-the-eye graphics. But every now and then there will be one that gets through the cracks and is regarded as a disappointment.

So let’s jump into the Harvest Life review and see if it can stand up to some of the best on the market. If you enjoyed this review then why not check out my latest one here. You can also catch up with what the rest of the Thumb Culture team are up to on our social media.

The story of Harvest Life is basically the same as every other farming simulator. You arrive at a farm that your grandfather left you and it’s your job to tend to it and turn a profit. The slight difference here is that your grandfather is still at the farm. He can’t do anything around the farm as he fell out of a tree so he’s resting. That there is the only bit of excitement and humor in the entire game.

So it’s down to you to tend to the crops, help feed and water the animals, and sell products to earn a living. You make money by selling the crops you have grown, doing some fishing, and doing general other work around the farm. The one thing I do like about Harvest Life is the fact that you are given tasks each day.

I actually prefer a video game like this that gives you tasks to do. While it’s great to have the freedom you want I just like the feeling of accomplishment when finishing a task or mission.

While other games in the same genre like Animal Crossing, Stardew Valley, and Story of Seasons have a charm about them that is just addictive, Harvest Life lacks that charm. It’s such a shame as well because the potential is there to be a really good game. I just feel like it’s way more complicated than it should be. There are a lot of options when it comes to customizing your farm. As you progress through the game you can build upgrades and new buildings to help maximize a profit. But the building grid system it offers just feels like a mess.

The few redeeming qualities I can give Harvest Life is that while the story is the same as others. It does like to go off the beaten track and give little quests, such as hunting down bears and wolves. You can even go to the local catacombs to help the villagers who have lost a dog or cat.

The main artwork for Harvest Life on Xbox is the fact that it states it is 4K. But for me, I can’t tell the difference. Not saying the graphics are bad but it just looks and feels like a normal Xbox game. The day-to-night transitions go by really quickly and when it gets dark it’s really hard to see. You do have a torch to see things a little clearer but my advice is to do things during the day.

The character models and animations are so wooden and robotic that sometimes it makes you feel like your playing a mobile game. The audio just didn’t do anything for me either. While other farming games have a cute and heartwarming soundtrack. Harvest Life just plays the same couple of tunes on repeat. So my advice is to give it a listen for a few minutes and then just put your own music on.

The saving grace is that there is so much to do and keep you occupied. So you will never be short on things to do because the in-game days go by so quickly. You are constantly doing things around the farm. Making longevity worthwhile. I spent at least 20 hours and there was still so much to do. I didn’t even get to find a love interest because I was busy on the farm all the time. So the amount of hours you can spend finding things to do is worth it.

My final thoughts on Harvest Life is that it just doesn’t have that certain charm that other games in the genre offer you. Don’t get me wrong it isn’t a completely bad video game. I just think that with some TLC and a bit of polish in places it could become an even better game.