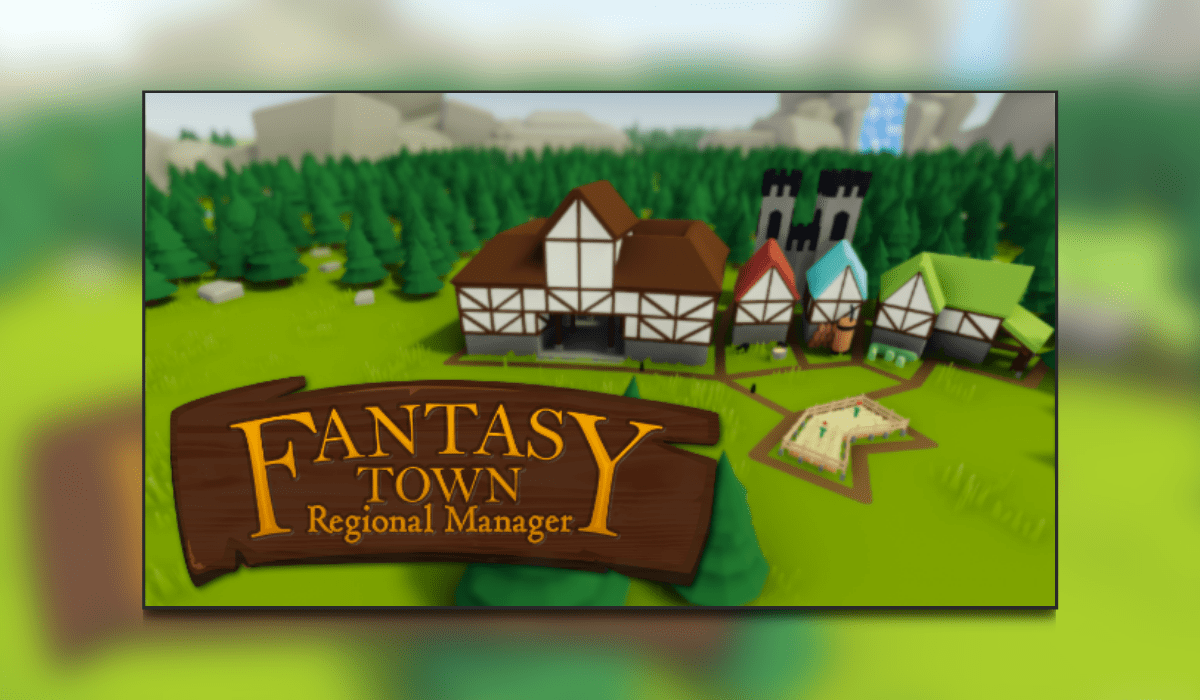 Fantasy Town Regional Manager (FTRM) is a town builder sim developed and published by Caps Collective. Caps Collective are an Australian company with FTRM as their debut game available now on PC. I quickly learned that the title hits the nail on the head as a description. The game begins with you as the unwitting person in charge of building a town on the ruins of the old. Set in a fantasy world, the town and people are plagued by various monsters and potential disasters. As your town expands however you will gather more residents and adventurers to avert these disasters. Each day brings new challenges and so new choices from focussing resources to diplomatic decisions with the goal of literally avoiding ruin.

Fantasy Town Regional Manager – If You Build It, They Will Come

I was excited to begin playing FTRM and if you are too then both I and the TC team would love to hear from you. Please feel free to leave a comment below on what you think of the game.

After a brief introduction and a little bit of backstory, the game begins with you as the town manager. Starting in a forest clearing near the coast there are also various fantasy creatures in the area. The goal is to, however possible, keep the town defences from being overwhelmed by said creatures. I began FTRM a little unsure as I did feel thrown in the deep end a little bit. After a couple of runs, I gradually began to get the hang of it. With some starting gold, I would build up the town and see it expand as the months and seasons pass.

The town residents and your relationship with them are a big part of succeeding. There are the adventurers and guards who provide defence and the various guilds, from brawlers to arcanists. While building the town, I learned that different having buildings improve your standing with these groups. Having a good standing with them unlocks permanent perks in later runs. I learned the hard way the importance of earning and managing gold too with making buildings and more. I did find at times that the camera angles became awkward and irritating. As well as some awkwardness with building placements, leading to bizarre town layouts.

I found FTRM to be a lot more comedic and tongue in cheek than expected. Daily progress, good or bad, is told via newspaper and often with jokes and pop culture references. This reminded me of Theme Hospital (a bit of a deep cut but another really fun game) with the tone the newspapers set. I was very surprised to see a reference to the Esquilax from The Simpsons for example. I enjoyed this as a mechanic with a novel way to describe the different dangers that arise.

With FTRM the Sims-like visuals are all centred on the one forest region so very taxing on the PC. I did have the maximum resolution of ultra HD and v-sync for my review. The settings are mostly set in stone but you change resolution and touches like shadow effects. I felt these didn’t have much of an impact unless a really low resolution for example. The changes between seasons happen fairly seamlessly but I definitely was aware of the loading as that happened. I felt the graphics style worked well with the gameplay and ran smoothly. FTRM used stylised graphics when combined with the vibrant and colourful environment made it lovely to look at.

When it comes to sound, FTRM does have some muted environmental sounds such as animals and flowing water. Much more prominent is the instrumental music playing throughout with instruments you expect in the fantasy setting. I found the music to be fairly relaxing as I played and became more ambient as time went on. The music/score was a nice accompaniment to the game and made it a more pleasant experience.

I feel that I could spend many hours playing FTRM. For such a simple premise and gameplay mechanic you unlock more as you go. Perks carry over to the next run meaning you can specialise in different ways with how you play. It is very easy to put down and pick back up so feels very casual. I haven’t managed to see my town survive yet but I am definitely going to keep trying. FTRM is very engaging in that way and no doubt will have you hooked too.

I really enjoyed my time playing FTRM and I definitely plan to play more. For such a simple concept there is plenty beneath the surface to dive into. Aside from some awkward camera angles and building placement, the gameplay is very engaging. The sense of humour goes a long way too when narrating town events and how easy it is to stop and pick up the game again. The visual design style was great and the score was very good in matching the setting and tone. I have only played a few hours so far but I imagine I’ll continue after finally fending off monsters and other disasters

I hope you enjoyed this review and if you did then feel free to check out my review of Hermitage: Strange Case Files.

Fantasy Town Regional Manager has earned the gold Thumb Culture award. I really look forward to seeing what Caps Collective does next.