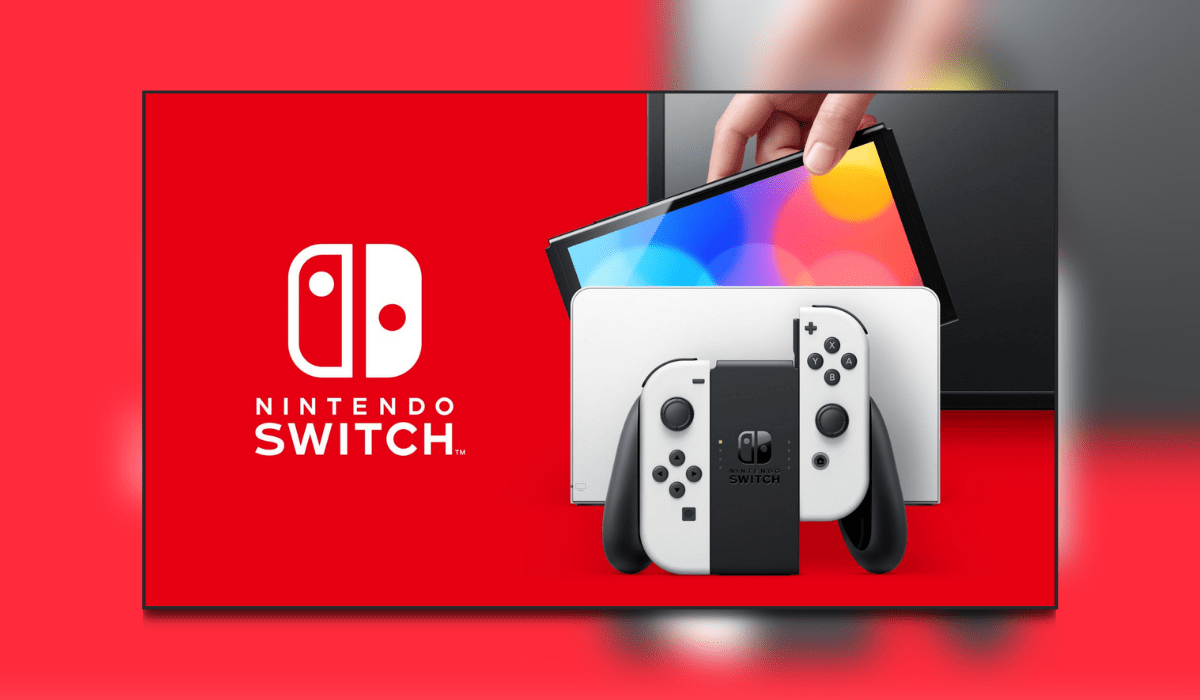 Welcome to my review of the latest revision of Nintendo’s hybrid console, the Nintendo Switch OLED model. Wielding a larger screen, better audio, and a wider kickstand, is it better than my previous Nintendo Switch which was the first generation?

O-Led You Into A Little Secret!

Will these enhancements be enough to warrant an upgrade? continue reading to find out. Check out my previous hardware review here, where I reviewed the Gamesir T4 Mini controller for Nintendo Switch.

The dock, simply put, is a dock. There aren’t any really huge changes to the design with the exception of some curves added and an ethernet port that was swapped out for the USB port that was situated in the rear of the dock. The Nintendo Switch logo is slightly different too and is more visible to the eyes. The console has had some improvements in areas such as the intake for the cooling fan, the newly designed kickstand is so much better. The console actually feels very stable with the new kickstand. Of course, there are more known areas which I talk about below.

The Switch itself is brilliant. I absolutely love the new 7″ OLED panel, colours on it are so on point that it is just a pleasure to your eyes. Regardless of what game you’re playing, you will love the new panel. Even older games such as Kirby Super Star or the more modern Pokémon Sword look fantastic on this screen. The YouTube app is also pleasing to your eyes and ears.

The enhanced speakers are also very good. Audio is a lot crisper and they go very loud without cracking or breaking up. If you’re like me though, you usually have the speakers turned down fairly low, or use Bluetooth headphones. The speakers are definitely a very nice upgrade though.

Battery life has improved considerably for me. I did have the original Switch (1st gen) as mentioned above, which was starting to show signs of old age on the battery. However, even thinking back to when I first got it, the Nintendo Switch OLED model obliterates the original when it comes to battery life. The life of the battery is crazy. I get an average of 6.5 hours on battery whilst playing a variety of games. If I played more of Into The Breach, of course, the battery lasted longer being closer to 9 or 10 hours before needing a charge. More intensive games such as Pokémon Sword drain the battery quicker and I would get around 5 hours whilst playing this.

I have not experienced Joy-con drift myself, but I know people are having the same issues with the newer Nintendo Switch OLED model Joy-cons. This is because they are the same Joy-cons. I have stuck with the Joy-cons that I had from my original model. I have a custom shell on these with a D-PAD and I know there’s no drift with these. For the brief period of time I used the new Joy-cons that came with the new Switch, I did not have any problems at all.

It feels the exact same as the previous models of the Nintendo Switch. It is apparently 23g heavier than the original model. In my hands, it didn’t feel any heavier, or lighter, than my previous OG model.  This isn’t a bad thing though as I would expect it to be somewhat heavier due to the larger screen.

The screen itself is much nicer on the eyes, and even though it’s still only 720p it doesn’t look like it. The screen is nice and sharp and can be very bright and colourful thanks to the OLED panel. Also in the dark, it can be very low which again is more comfortable on your eyes.

For me, the upgrade was more than worth it. I had an original model Nintendo Switch before this and the battery was starting to show some signs of age. This is natural and no fault of the Switch itself. However, upon buying the Nintendo Switch OLED model, I now need not worry about a charger for a good three or four days at least. The only reason this isn’t a platinum award from me is that Nintendo has not made any changes to the Joy-cons to try and improve the drifting issues people are having.

All in all, the Nintendo Switch OLED model is well worth the upgrade in my opinion. I give it the Thumb Culture Gold Award.