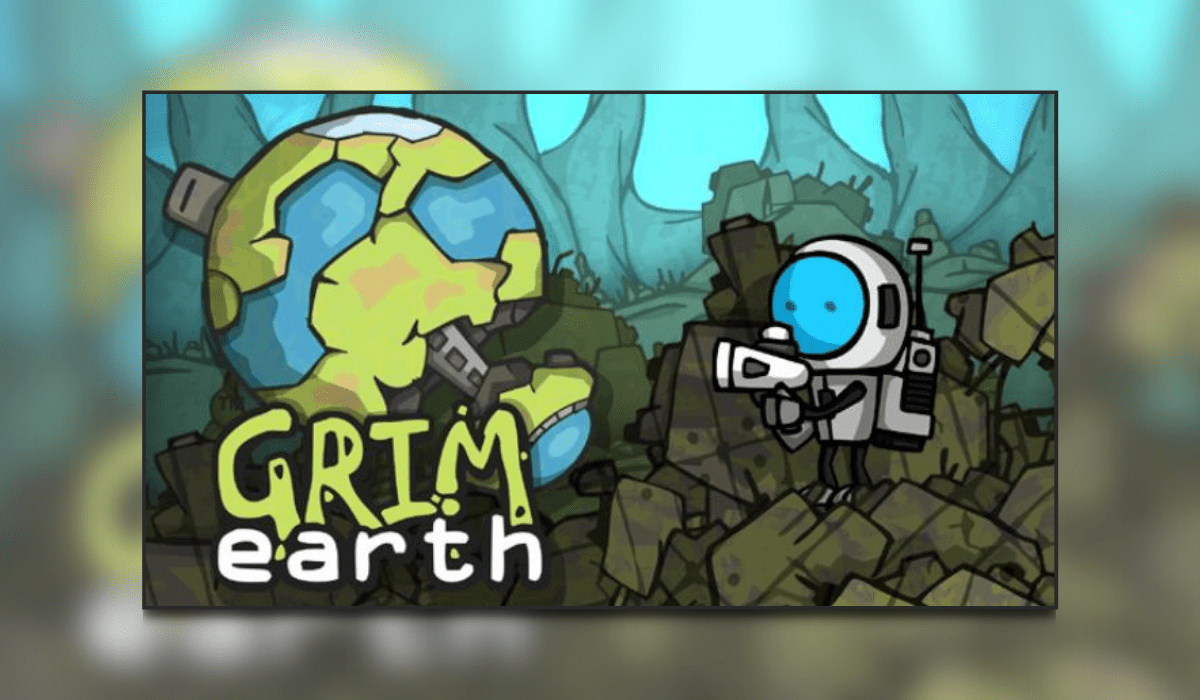 Grim Earth is a 2D platformer created by George Allan and published by Clockwork Pixels Ltd (also George Allan). It has been in early access for about two and a half years now and was originally slated for launch at the end of September. Allan wanted to make sure he launched his best product possible though so the current release date is September “44th” (or rather October 14th). Look for its full release on Steam.

I seem to be getting myself into all sorts of less-than-familiar genres here at Thumb Culture. This time I waded into the waters of the platformer genre with Grim Earth. As far as I can remember I’ve only played a handful or so platformers over the years. The most notable being of course Super Mario Bros 1 and 3. Ah… those were such simpler times… but I digress. What platformers stand out to you over the years as being some of the best you’ve played? Be sure to let me know in the comments!

Grim Earth is a simple 2D action platformer set on a trash-heap infested world. It’s full of alien life, killing machines, and of course your handy dandy sidekick, a watch. You must navigate your way through this odd place by picking up power-ups and perks as you explore. The environment is teeming with dangers of all sorts, so making your way around isn’t always easy. Aside from making your way from one scene to the next there doesn’t seem to be an overwhelming sense of objective.

Grim Earth features your usual platformer game mechanics – exploration, enemies, upgrades, save points, boss battles, and of course a lot of jumping. In fact that was one thing that kind of struck me as odd and almost awkward when I first started playing. The default key for jumping was not spacebar. Though it was a minor inconvenience, as key binds could be changed to suit your preference, it still stood out to me as being an unnecessary difference between other platformers and games in general.

One of the most unique details of Grim Earth is that all of the artwork was hand-drawn by George Allan for use in the game. This gives it a great aesthetic and interesting levels to explore. Even the varying types of enemy art is impressive. He even apparently went so far as to provide different customization options for your character too. All of the artwork appears to work well with the activity within the game also and I didn’t note anything that really stood out as looking rough.

The in-game music also works well with the overall atmosphere of the game. It gives Grim Earth a sense of futuristic mystery that lead me to want to keep exploring to see what there was to find. The sound effects for different actions seem somewhat standard, but not so much that you can point the finger to some stock sound pack somewhere. After all, a laser is a laser is a laser… right?

As of right now with the Early Access build, I was only able to spend about a solid hour in Grim Earth. This is due only to being able to really play in the first area. There are also some sneak peek snippets that are very short glimpses at other areas that will be in the game. I’m looking forward to being able to continue my exploring into different levels upon full release of the game. Hopefully along with those additional levels there will also be a bit more of story to the game. As of the moment that is one aspect that really stood out as being a weak point.

Overall, Grim Earth looks like it will shape up to be a quality addition to the platformer library. It’s unique, funny, and easy to pick up gameplay should manage to entertain any fan of the genre. It is also quite apparent that this is a labor of love for George Allan/Clockwork Pixels and I hope it gets the attention it deserves going forward. Until I get a chance to see more of how the rest of the game plays out, I am giving Grim Earth the Thumb Cultures Silver Award. I would not be surprised to come back and bump it up to gold after release day patches!