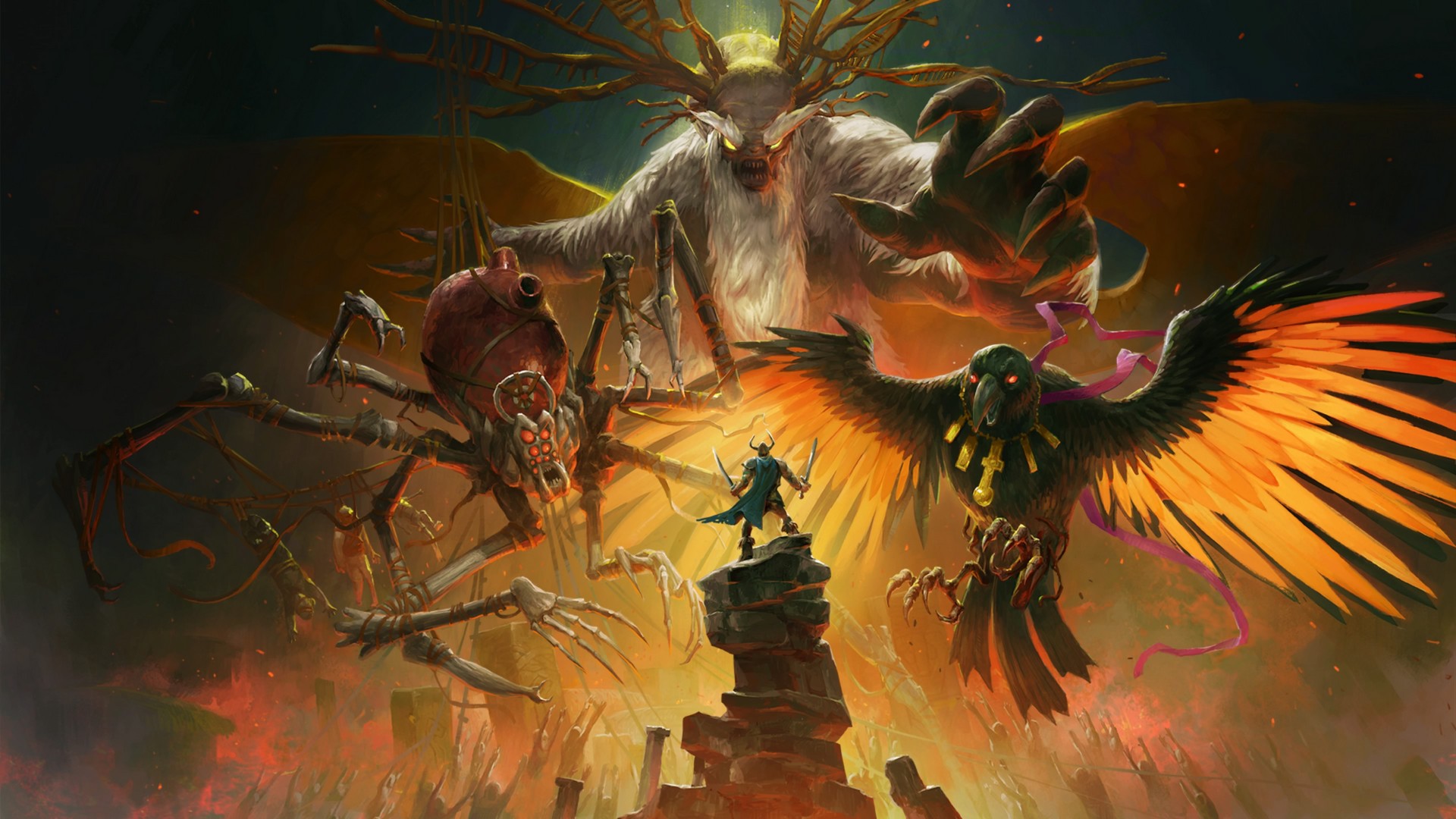 Gods Will Fall, developed by Clever Beans and published by Deep Silver brings this high stakes, dark fantasy action game to the Playstation 4, Xbox One, Nintendo Switch, PC and Stadia. So what is Gods Will Fall all about? What difficulties are you going to come up against as you play through the game? Read on to check out!

Gods Will Fall Will Test You SO Much!

If you have had the opportunity to get to grips with Gods Will Fall did you enjoy it? Let us know in the comments. Or check out my last review of Dirt 5 right here.

So what exactly do you do with your time playing Gods Will Fall? Die….A lot! I’m going to say it right out of the gate, this game is HARD! Now I’m not talking about putting a game on hard mode just to give an extra challenge. I’m talking about really really hard. To the point where I spent around 15 minutes going through all the settings and options trying to find the easy mode option.

When you start your game you are given a nice cut scene showing 8 Celtic warriors that have been washed up on an unknown island. These are effectively your lives. You venture around the island which is totally unlocked right from the get-go so you can either take a methodical approach and go lair to lair or just venture to the far reaches of the island and try your luck.

Each character has their own specific stats, ranging from speed to strength, giving you an indication of how they would handle the combat through Gods Will Fall.

Then stitched into the action are some very discreet storylines. Heading to a particular lair might cause a warrior to become nervous due to a dream they had. Alternatively, if you lose a warrior within a lair, they might have a companion within the group that might have a stats boost and feel obliged to try and rescue them!

Once you have entered your chosen lair you take on creatures that are themed along with the rest of the lair. These creatures come in all shapes and sizes, they can take different amounts of damage and will always attack you relentlessly. Some need their masks removing before they can actually be damaged. Some will throw projectiles at you and some will have powerful hits that if they finish you off with these hits you will be lost forever. Saying that, if you lose one of your warriors in a lair you can send someone else in to rescue them. Defeat the God at the end of the level and you will bring back both characters (or more if you, like me, kept losing them in the same lair).

Each character that you have will have slight variance so along with the creatures having a variance. Each time you take on a new set of warriors, this will also bring a different experience. Each warrior also has their own weapon, these range from short swords to clubs and other two-handed weapons. These all have a different tactic when it comes to defeating enemies. Alternatively, through the levels, you can pick up the weapon from the creatures you have defeated and even throw this at the enemies. This creates great combos and ups the mastery of Gods Will Fall.

Gods Will Fall has some spectacular visuals, with Clever Beans opting for bright vivid colours over realistic textures, it gives the game an unnerving look. With each lair having their own colour palette, and each enemy more gruesome than the last.

Audio-wise, the characters are voiced in a Celtic language with subtitles giving you an insight into their thoughts. The bone-crunching sounds of battle are well evident throughout and make sure that you know when you have been hit, and when you have handed out the hits!

Gods Will Fall is very much a “one more try” type of game. I found myself at one point trying to save my warriors from the same lair over and over and over until all my warriors were imprisoned. This game is addictive! It’s one of those games that will test you to the point of failure. Now I am not usually the kind of gamer that will keep trying and trying when you die lots. Something about Gods Will Fall, however, kept me coming back for more. Trying different lairs on the island can lead to a nice change in scenery, but will always bring the same difficulty level.

I am not ashamed to admit that I am still to defeat one of the main Gods after all this time venturing around the island.

If you enjoy being challenged throughout your entire game time, then Gods Will Fall is most definitely the game for you! If you like to have a game in your library that you can dip into now and again then again, Gods Will Fall might be right up your street.

With its great variety of environments and Gods to battle, Gods Will Fall will continue to test you even a long time after launch. 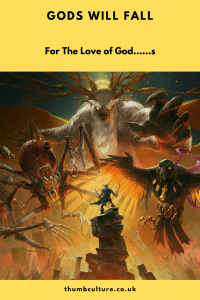 Carto is the latest game from Sunhead Games. You might not have heard of them as this game is really their big debut, with their...

Set in the near future in a dystopian New York City, Ape Tribe Game and Sold Out Software brings you Disjunction. A top-down,  Play as...